Forgettable Tale is a part of the Rise of the Red Axe quest series, and a sequel to quest; The Giant Dwarf. This quest is about the dwarves residing in the city of Keldagrim. After the events that had occurred during The Giant Dwarf quest, the mining company named Red Axe departed the city and went underground to establish a new headquarter. Due to this occurrence, the commander of the Dwarven Black Guard, Veldaban has started to become suspicious of them and wants your help to investigate whether the Red Axe is to no good. However, the problem is that the only lead he has is a drunken dwarf, who is obsessed with kebabs.

To start this quest, you must first get to the city of Keldagrim. The fastest way is by using the Minigame Group Finder teleport to reach Blast Furnace, using the cart trapdoor located northwest of the Grand Exchange, or by using the Fairy Ring (Code d*k*s) to reach the entrance of the city. Aside from that, you can also use the underground minecart in the White Wolf Mountain passage.

Once you’re there, speak to Veldaban, who is the commander of the Dwarven Black Guards. He’ll be in the headquarters located west of the city’s bank. He’ll fill you in with what happened with the Red Axe company, and how they’ll be kicked out of the Consortium soon. However, he’ll want you to investigate them because they seem suspicious, and he’ll direct you towards the dwarf who is the only lead. Upon agreeing to help, you’ll be transported to the dwarf automatically (resides in the house east of Keldagrim). When you try to speak to him, he’ll ask you for a drink, so give him a beer, and if you don’t have one then buy it off the King’s Axe Inn or Laughing Miner Pub nearby for 2 gold coins. He’ll then demand something better, like the drink called Kelda Stout.

To make the drink you’ll need to first grow Kelda Hops from Kelda Seeds, which can be obtained from three of his friends. He’ll give you the first one, so for the next, head to the Laughing Miner Pub south of where you stand and speak to the dwarf named Rowdy. He’ll demand a random item in exchange for the seed, the item can be anything from the list shown below. 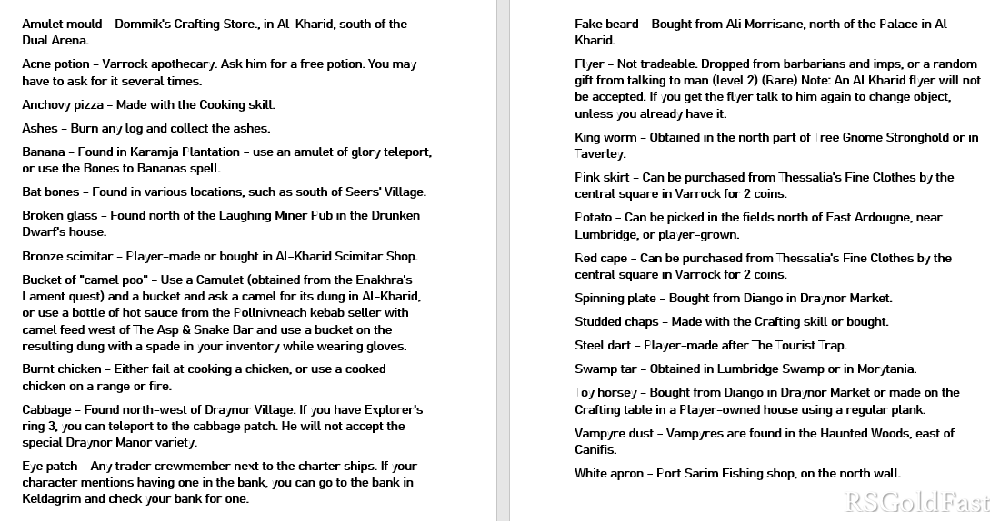 For the third seed, head west of the city and speak to Gauss, who is located in the King’s Axe Inn, south of the west Keldagrim bank. He’ll simply ask you to toast with him, so buy a beer and do that to obtain the third seed. Next, go to the White Wolf Mountain’s Pub and speak to Kharvok, who is a dwarven engineer. To get the fourth seed, just randomly pick a stout from the table and give it to Kharvok. 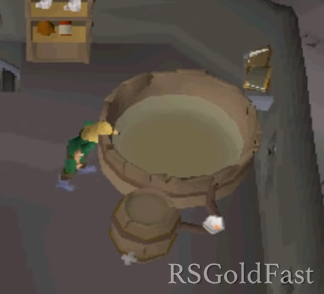 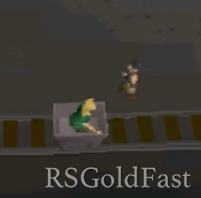 After you’ve obtained all the four seeds, make your way to the hops farming area, which is in front of the palace located in the west part of the city, and just east of the bank. Speak to Rind the Gardener there for some advice on planting these seeds, and he’ll tell you that they can’t be grown in sunlight, hence it has to be grown underground. After the explanation, he’ll give you the permission needed to grow the seeds in his patch, so use your rake to weed out the field, and then plant the seeds. This normally takes 15-20 minutes to grow, so you can do anything till then to pass the time.

Once they’ve grown, pick them up and go to the bar in East Keldagrim and climb up the stairs to get to the Fermenting Vat. This is the part where you brew the ale, so use two buckets of water on the vat, then add Barley Malts, and finally add the seeds. Now, use Ale Yeast on it to begin the fermenting process, which will take another 15-20 minutes. Once it’s done, open the valve and use the beer glass on the barrel to fill it up. So, now that you have your ale, go to the Drunken Dwarf and give it to him to know about the boarded-up tunnel.

To the south side, you’ll find the Cart Conductor, speak to him and then talk to the mining company’s director that you joined hands with within the Giant Dwarf quest. Ask them to help you with the boarded-up tunnel, and they’ll have it removed. Next, speak to the conductor again and he’ll ride with you in a cart, right into a new tunnel. At the end of the ride, you’ll reach a gigantic abyss where a cutscene will then begin.

To go further, you’ll have to first get through one of the exits that are on the other side. For that you’ll need to solve a puzzle, so collect the stones that are in the box next to the controls and place them in the dwarven machinery. The greenstone will direct the cart to the path on top, and the yellow one will direct it to the bottom one. The objective here to connect all the red squares towards the left, and the boxes to the right. They can be placed or rotated by clicking once for green, twice for yellow and thrice to remove them, and the green line is the path the cart will be taking.

First, operate the controls and place the yellow stone on the spot that is furthest to the left, and the green one just below that. Now, get on the cart, reach the next platform and search the box placed there to get a green square stone, and take the cart back to the control box. There are two ways to do this, either green, green, yellow or green, yellow-green. So, ride the cart again, search the box to get a yellow stone and return. Finally connect all the stones to the red cross, with yellow on the left and green on the right, and then ride the cart to the second room.

Here you’ll be eavesdropping on a conversation between the Director of Red Axe, a Henchman, and an Ogre Shaman. You’ll learn about how the Red Axe bribed the boatman to crash right into the statue so that the blame could fall upon the humans (The Giant Dwarf quest). Now, crawl through the hole that is on the opposite end from where you entered the room.

You’ll reach the third room, where another abyss lies. To start, a green stone will go to the far left, a yellow one above it, and another yellow just to the right. Next, ride the cart, search the box on the platform and then ride back to the control box. Place a yellow stone to the left, another yellow just a spot below it, a green below the second yellow stone, and another green to the right. Now, do the same, ride the card, search and get back to the control box. Finally add a green stone to the left, another green above it, a yellow just one spot above the second green one, another green placed to the right and below it, and the last yellow to the right. Then ride to the fourth room. 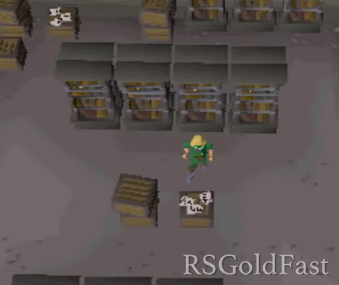 The fourth room is an area filled with bookcases and crates. Here, you’ll have to search the three crates lying around, the first will contain three papers; statistical data, shopping list, and salary structure. The second crate will give you a letter signed by Colonel Grimsson and addressed to the boatman, which tells you about the bribe given to the boatman to destroy the statue. The third crate will also contain a letter, which is a report on the dwarves that have entered the mines. Next, search one of the bookcases there, and you’ll notice a book that contains information on the Red Axe employees.

Here another cutscene will start, where the director of Red Axe company shows off his army. Your plan is to report them, but when you’re just about to do that, you’ll be caught by the Ogre Shaman and he’ll cast a spell on you to have your memories erased.

To finish the quest, visit commander Veldaban. However, there's nothing that you can tell him as your memories have been erased, so grab a kebab from the store southwest of the drunken dwarf and a beer from a pub, and go to the Laughing Miner Pub to trigger a cutscene. That will be the end of the quest. Quest complete!

Thank you for reading, useful info for you. And Rsgoldfast offer you the best runescape gold, osrs gp & osrs infernal cape, rs3 account and so on, safe & fast & cheap.