RuneScape 3 is a popular MMORPG (Massively-Multiplayer Online Role-Playing Game) developed and published by Jagex. It is one of the longest running online games, having operated since the 4th of January 2001. During the last 18 years, it has received constant and continuous updates that have reformed the game to what it is in the present day. It’s come a long way from legacy combat to an entirely new system: featuring abilities and summoning. Things are far more complicated than prayer switching with bosses that have multiple complicated phases and require entire teams to beat.

In contrast to other MMOs like World of Warcraft, RuneScape is mostly point-and-click, with certain hotkeys used to activate abilities. This gives the game a very relaxed, easy-going pace. In addition, many players opt not to participate in any combat activities whatsoever and are interested in the social and skilling aspects. As long as you know what you’re doing, you can simply skill and max your account in everything except combat skills (attack, strength, defense, and range – magic can be leveled without combat). This means you do not have to participate in any PVP combat (player versus players) or PVM combat (player versus monsters). Many players choose this aspect of the game and enjoy participating in the economy as a trader, or roleplaying at one of the castles in the game. RuneScape offers 27 unique skills, some requiring a paid membership to access, which can be obtained via real-life purchases or even in-game currency from a free-to-play account. Skills can be leveled up to level 120.

The game also features an Ironman mode, where your character is self-sufficient, no trading with players nor using the Grand Exchange (a centralized market in RuneScape). This is definitely not recommended for new players and has thousands of hours of grind associated to it. However, it is a great account to have alongside your main after you achieve your goals: such as getting a Completionist cape. It also eliminates the aspect of micro-transactions which the game is somewhat notorious for. The game does become significantly harder and is intended as a challenge for veteran players who have ‘completed’ the game the normal way first. It does, however, limit your interactions with regular players, as you are unable to participate in any trade with them, and you act essentially as a lone-wolf.

Why should I buy RuneScape 3 gold?

If you choose to play the game without purchasing RuneScape 3 gold, you will run into issues real fast. Rather than playing the game in the normal sense, which is doing quests, skilling or combat activities (such as bossing), you will quickly run out of money after the early levels which are designed to have minimal cost and materials all provided to you. Without the RS3 GP required to continue doing what you wish to do, you will resort to doing ‘moneymaking methods’.

Jagex themselves know the game is grind-oriented. It’s why they offer their own method of buying gold, through ‘bonds’. These bonds are way more expensive than buying through websites and other players. They actually require you to be able to actually find a buyer for your bond on the Grand Exchange to receive the value you paid for. Hence, we believe it is a very good idea to buy RuneScape 3 gold through websites like ours instead of bonds.

Buying gold reduces all hassle. You’ll be at liberty to choose whatever payment method you wish, whether that’s a credit card, PayPal, Bitcoin, Bank Transfer, Western Union – whatever you’d like. What’s more is we have a record of zero reported bans from our buyers, so with no bans, you’re pretty much as safe as it gets! Jagex only really targets the mass-sellers (not buyers), not the everyday player, and a majority of the player base participates in real-world trade. You will be able to choose the exact quantity you want, and you’ll receive the gold within minutes with help from the live chat operators.

What can I use RuneScape 3 gold for?

RuneScape 3 gold is used for pretty much everything in the game. Aside from the early levels where you’re provided the materials to level with for free, nothing in this game is free, and many skills are specifically designed to act as economy sinks (to take money out of the game rather than have inflation). The money you make at early levels, with monster drops that have hardly any value, will not cover your expenses in skilling nor questing nor combat gear. The one exception is dungeoneering where you don’t bring any items in, but the skill doesn’t provide much skilling opportunity (you will have to grind and dungeoneering is inefficient). So, you can’t stick in there for very long without it also becoming a huge grind consisting of thousands of hours.

You will incur costs at many points in the game for skilling supplies. Skilling is also necessary as it will be a pre-requisite for a quest that unlocks a certain area you want to go to or gear/items/bosses. You will also need to train skills such as Prayer and Construction, that will take billions of gold down the drain to get to 120.

In addition to this, you need to fund your gear for bossing activities and the Slayer skill. This becomes very expensive very fast, as many of the moneymaking bosses or slayer monsters are at the end-game level. The reason this is so expensive is because you need supplies for each trip you make and the correct gear. Each boss will have a weakness to something different and requires specific gear and combat styles to kill it – you can’t just use Melee throughout the entire game. Purchasing all the different armor sets and weapons and supplies will not come for free.

How to safely buy Runescape 3 gold?

In addition, there is absolutely no need to trade the gold back to anyone – ever. No matter if it’s the live chat operator, or someone falsely claiming to be Jagex, there’s no logic behind trading the gold to anyone after you have just brought it.

To ensure safety, you must ensure you are dealing with trusted websites. Always do a background check on who you’re dealing with exactly. You can Google the website’s name, and you’ll find reviews on third-party websites that can not be altered, such as Sythe and Powerbot. If the reviews are coming from trusted profiles, with a long-established history, some donators, and there’s pages of reviews to check: you’re in good hands. Should any issues occur, you can also rely on these third-party forums to file a report which will get them banned from the website and notify the public of their actions, which is why scams are essentially non-existent from websites because they operate as a business.

Have fun in your RuneScape gold buying ventures! 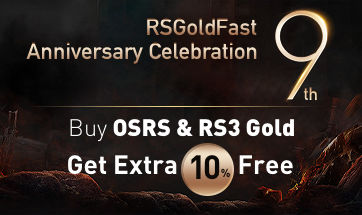 Introduction In the following quest, you have to assist Brother Aimeri to uncover the mysteries that lie within the Forthos Dungeon. It involves filling three tomes that are found in the Forthos Dungeon’s Temple Library. Items Required · 5x Pieces of Food (Meat, Fish, or Vegetables) · Slash Weapon/Knife (To cut through the webs) · Combat Equipment (at least level 45 combat) Walkthrough First, head to the Forthos Dungeon and start killing monsters to retrieve Tattered Sun, Tattered Moon, and Tattered Temple Pages. You need to gather four of each as they’ll be used later in the quest. You can kill any monsters you prefer; however, a good suggestion would be Temple Spiders since they have a better drop rate (1/30), and they are quick to kill. To start the ...

Introduction The quest is about exploring the map of the Kharazi Jungle, which is located in the southern section of Karamja Island. The objective is to establish relations with the natives of the jungle and bring back a gift to display in the Legends’ Guild. Quest Requirements · 107 Quest Points · Family Crest · Heroes Quest · Shilo Village · Jungle Potion · Underground Pass Skill Requirements · 50 Agility · 50 Crafting · 45 Herblore · 56 Magic · 52 Mining · 42 Prayer · 50 Smithing · 50 Strength · 50 Thieving · 50 Woodcutting Items Required · Charcoal · Unpowered Orb · Runes for Orb spell · Pickaxe · Vial of Water · Rope · Soul, Mind, Earth, and Law Runes · Food, Armor, and a Weapon ...