OSRS is an abbreviation for a game known as Old School RuneScape, developed and published by Jagex. The original RuneScape game still exists and is being actively developed upon: it is commonly referred to as RuneScape 3 (RS3) and RuneScape EoC (Evolution of Combat). The original version of the game, RuneScape, has had many controversial and poorly-received updates added to the game, such as the Evolution of the Combat completely changing the combat dynamics and many new skills, in conjunction with microtransactions.

Due to the fact that many people quit RuneScape after disliking the update, Jagex polled a new option for players: Old School RuneScape. The poll passed with an overwhelming majority of 449,351 votes from members. OSRS was introduced and is based on backups from the 2007 version of the game, prior to the controversial updates. The game is under active development; however, all new content must pass a poll by OSRS members (paying subscribers) to ensure that the players actually want the update. This is to ensure the game remains balanced and sticks true to its original roots.

Old School RuneScape features a lot of diverse content. While it has legacy graphics, it is available on Android and Apple devices. You have the luxury to complete hundreds of quests, defeat many difficult bosses with friends and gain levels in 23 different skills that each contributes to an entire in-game economy. There’s also an entire clan (guild) system and PVP (player versus player) combat presence in the game. Interestingly, there are even e-sports tournaments (Deadman Mode, All Stars) with tens-of-thousands of dollars in prizes dedicated to OSRS. There’s more variety than you might expect at first glance and a huge community behind the game.

Why should I buy OSRS Gold?

You should buy OSRS gold because it is simply more efficient overall. As a new player, you will be extremely limited in making money in the game. At the start, you’ll only be making a few thousand gold per hour, progressing to tens of thousands, then to hundreds of thousands gold per hour. You will eventually be able to make millions per hour, but this is only end-game content, that requires lots of time investment to reach and gold to fund the journey and gear. The moneymaking you would be doing would not provide much experience, nor much gold. It is nothing more than a tedious, repetitive grind – you aren’t missing out on any fun content. For that reason, it is far more effective and enjoyable to simply buy gold. Rather than spending four hours to earn a million, you can purchase a million for under a dollar at current rates. That’s way easier, is it not?

Many of the items in the game are also priced extremely high. For example, a Twisted Bow costs over a billion gold, similarly, the Scythe of Vitur costs another billion OSRS GP. Even with end-game money-makers, you would be grinding hundreds of hours to attain these items. Whereas you could be spending that time doing the exact content you enjoy in the game, not grinding the same boss over and over again. Whether you want to pet hunt or get straight to completing the Inferno as soon as possible, buying OSRS gold eliminates the grind and accelerates the fun.

Many of us have limited time to play the game, whether that’s due to school or work. You can either choose to spend countless hours on a monotonous, tedious grind to make GP in the game or simply purchase the gold you need to have fun. The choice is entirely up to you, and it depends upon if you actually value your time, spending a little bit of money here and there. Based on the facts and the hundreds of hours you have to save, we think it is worth it to simply buy OSRS gold.

What can I use OSRS Gold for?

You can use OSRS gold for essentially every aspect of the game. From skilling, to player killing, to fighting bosses – all require gold. There’s no shortcut or any feasible alternatives available. Many of the skills in the game are actually designed to act as ‘gold sinks’ meaning you will spend hundreds of millions to achieve 99, receive spectacular benefits, in exchange for taking some gold out of the economy. Prayer is an example, where you will buy dragon bones and bury them at gilded altars. Whilst you could kill green dragons to manually collect all the bones, it’s considered inefficient in terms of GP per hour because the time you save can be used for better money-makers. Similarly, with the Construction skill, it will cost hundreds of millions, and while you could gather the wood manually, you’d be operating at around 50k GP per hour during collection. With a 500k GP per hour money-maker, you can buy 10 hours’ worth of manual collection that was previously mentioned. Likewise, you could simply purchase the gold. In exchange for achieving the end levels in Construction, you’ll receive perks such as the Portal Nexus and the Ornate rejuvenation pool which heavily speeds up bossing. The aforementioned ecosystem of skilling being inefficient to gather resources is due to bosses dropping skilling resources in a huge amount.

You will need to have gold to do some of the more fun content in the game, including anything combat related, whether bosses or PVP. To start off with, you’ll need protection prayers, so there’s a gold expense to get to level 43 prayer at a minimum. On top of that, you will need weapons and gear. The weapons themselves are not cheap with the Toxic Blowpipe costing between three to five million and the Abyssal Whip costing three million. Gear is also expensive as each set of the Barrows armour costs millions. The issue is different bosses require different setups and have their own unique optimal setup. PVP combat in the Wilderness will result in frequent deaths (especially when learning), so you will frequently lose your gear, potions, and food.

As you can quite clearly tell, OSRS gold is needed in literally every aspect of the game. The alternative is to grind thousands of hours for each individual item you may ever need.

How to safely buy OSRS gold?

To safely buy OSRS gold, first, ensure you are on our HTTPS secured website. Next to the browser address in the top left, make sure you see either a padlock (gray or green) and HTTPS in the browser URL. You should avoid trading between individual users on forums (which is where most scams take place), and instead trade with established websites like ours.

Proceed with a live chat. After you are happy with the current rates and have made your purchase, you can ask for the exchange location in-game where you will receive your gold. The live chat employee will tell you which world to come to and which location in that world. You may also be asked to confirm your in-game name, so the employee knows who exactly to trade with. Once you are there, confirm the employee’s in-game name, and trade with them. They will provide your gold. You may be asked in live chat to confirm that it is you trading with them in-game. After having confirmed the trade, under no circumstance should you ever trade the gold back to anyone as imposters may try to scam you. There is no reason for anyone to ever ask you to provide the gold back. 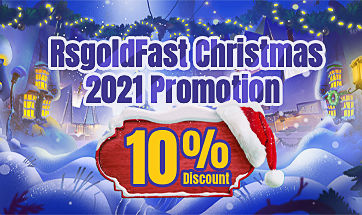 Introduction Beneath Cursed Sands is an important part of the Desert Quest series. It revolves around the Tombs of Amascut, which is also known as the third raid in the game. Due to the quest, the Ruins of Ullek and the Necropolis were added to the south-eastern part of the Kharidian Desert. Quest Requirements · Contact! · Prince Ali Rescue · Icthlarin’s Little Helper · Gertrude’s Cat Skill Requirements · 55 Fire Making · 55 Crafting · 62 Agility Items Required · Coal · Iron Bar · Cooked or Raw meat (Anything that isn’t a fish) · Tinderbox · Spade Recommended Items · Waterskins · Dramen Staff · Pharoah’s Sceptre · Anti-Poison · Combat Equipment · Food · Teleportation Methods · Stamina Poti ...

Introduction The 2022 Easter Event in Old School RuneScape is about helping an Easter Bunny make transport eggs across the Kharidian Desert and Al-Kharid city. You can participate in the event by heading to the Holiday Event icon displayed north of the Al-Kharid bank. The icon is visible on the world map. Part 1 To start the event, you need to head north of the Al-Kharid bank and speak to the Easter Bunny. He needs you to deliver Easter Eggs deeps in the deepest part of the Kharidian Desert. However, the only problem is that the Easter Eggs melt quickly because of the heat so you need to ask the people of Al-Kharid to provide a solution. First, you need to speak to Karim, who sells Kebab. Though he won’t have any real advice for you, he’ll suggest that you speak to Shant ...