The Volcanic Mine is located underneath the Fossil Island Volcano. It’s a large volcanic chamber whose entrance is in the north-eastern section of the volcano (where the NPC Petrified Pete is located).

You can only enter the mines if you have level 50 in Mining, claimed the five Unidentified Small Fossils from Petrified Peter, and earned at least 150 Kudos. In addition to that, you also have to pay 30 Nummulites to Peter every time you wish to enter the area. 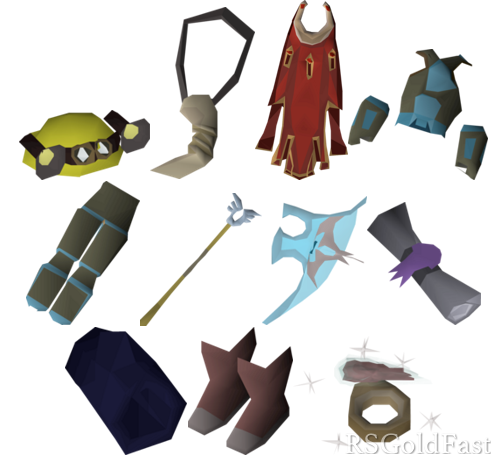 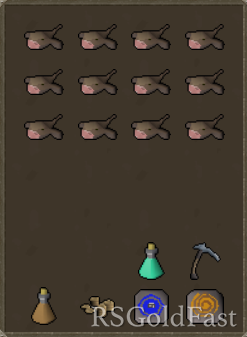 You’ll need 12 to 16 pieces of food (Monkfish or higher), 1 Prayer Potion, a Pickaxe, Stamina Potion (If you’re solo), Nummulite, Teleport to House Tablets/Construction Cape (If you have Ornate Rejuvenation Pool), and Volcanic Mine Teleports.

Upon entering the mines, you will automatically come in possession of a Heat-Proof Vessel. You’ll have thirty seconds to organize yourself and be ready. Once the game begins, you’ll have ten minutes to mine and leave the area because after that the volcano will erupt. Anyone who is within the area during the eruption will be killed.

The objective is to mine large boulders located in the lava channel. As you mine the boulder, it’ll decrease in size and get carried downstream. When that happens, you need to follow and mine where ever the boulder stops. When you enter the lower levels, monsters called Lava Beasts will emerge and launch fireballs at you. That’s when you need to use the Protect from Missiles prayer.

If you want to move around in the lower levels, you need to pour water on the lava to harden it. The water can be poured from the vessel you obtained as you entered the area. It’s worth noting that the hardened lava melts away after ninety seconds, so you have limited time to perform whatever task you’re doing while standing on top of it. 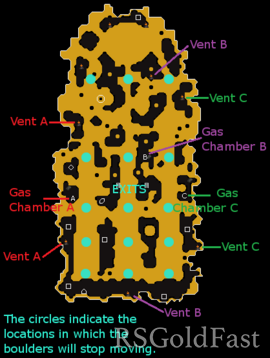 When you start the game, gasses will begin to flow from the three Volcanic Gas Chambers; right into the volcano. There are two vent sets in each chamber, with one set on the downstream, and the other on the upstream.

Once these vent sets are investigated, the pressure gets revealed on the bottom of the screen. Every five minutes, the chamber status is shifted, and you’ll need to re-investigate again to display reveal them.

The gas chambers can be blocked with large rocks to increase the pressure, or you can mine the rock away from the chamber to decrease the pressure. It’s worth noting that the pressure in the three chambers should be maintained to around 40 to 60%, or else the volcano will become unstable.

Scattered across the volcanic mine are Gas Holes that can be interacted with to reach the other side of the lava channel. It does cause a small amount of damage, but it’s a lot quicker if you’re low on water to create hardened lava. 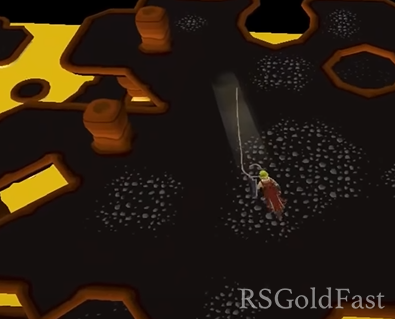 If you manage to completely mine the boulder, it will end up flowing in the lava vortex, thus, granting you 100 additional points if you’re present in the lower level.

When the volcano begins to erupt due to the ten minutes time limit or the stability is low, it’ll instantly kill anyone who remains within the mines. So, with 30 to 40 seconds remaining, it’s wise to run for the exit.

If you do end up dying, you can collect your items back from Petrified Peter for a fee of 150 Nummulites. If you die elsewhere before retrieving the items, the items that Peter is holding will be lost forever.

If you leave the volcanic mine alive, you will be granted Participation Points based on your performance. The obtained Ore Fragments will automatically be given to Peter, in exchange for Mining XP and Reward Points that can be spent in Peter’s Shop.