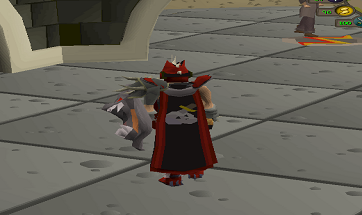 Slayer is, in part, a skill of luck since Slayer Masters assign random tasks in random amounts. If you don't like a certain task, it costs a considerable amount of points to skip (30) or block (100) just one task. Especially if you are still saving up for the Slayer helmet unlock, you probably shouldn't be wasting them.

Below are just some underrated tasks that may be worth doing for the sake of conserving your already limited slayer points...

If you ever get a banshee task from Nieve, it is probably tempting to skip them considering they seem to be abysmal for Melee and Slayer experience. On the other hand, if you opt to go for the higher-level Twisted Banshee, it is worth it.

Not only are the drops much better, including stacks of herbs, pure essence, seeds, and alchable items, you also have the chance to spawn a Superior with the chance to drop an Eternal Gem or Imbued Heart. Be sure to bring along a Salve Amulet as an alternative to a Slayer Helm or Black Mask for faster combat experience.

If you are on a fresh rs07 account, there are multiple safe spots to kill Twisted Banshees in the Catacombs of Kourend. Since they have relatively low magic and ranged defense, it's even viable to use bone bolts or fire strikes.

Mithril Dragons are notoriously hard to kill for even max players, making them an obvious skip when given as a task. Fortunately, the new Dragonhunter Lance and Dragonhunter Crossbow melt through them like butter.

If you unlock noted bars via a Slayer master, Ironmen will want to collect their bars as a form of passive smithing experience. Each dragon essentially gives 150 Smithing experience worth of bars and 252 Prayer experience with their bone drop. While drops are not impressive otherwise, you have the chance to get the legendary Dragon full helm.

When players get Red Dragons as a task, it is sometimes skipped or done on baby dragons considering that many of them had been in inconvenient locations. With the introduction of the new Forthos dungeon,  it is actually an extremely easy spot to camp while training Prayer and Crafting.

Within the new dungeon, there is an altar that gives close to the same experience as a Gilded altar and a tanner. This means that the player can camp Red Dragons for the entire duration of their task, getting both prayer and crafting experience on the side. This is also a convenient spot to train mid-level ultimate ironmen that have limited means of training crafting and prayer.

Dragons killed within this dungeon also have the chance to drop Grubby Keys to access the Grubby Chest or large stacks or Runes, Herbs and other goodies. For Ironmen, this will give even more valuable skilling supplies.

If you use Turael to skip an unwanted slayer task, instead of steamrolling level 13 Zombies, you may make the best of it by going to Undead Druids in the new Forthos dungeon. There is no minimum slayer level or quest required to kill them, so it is viable even for those just getting started with the Slayer grind.

Each Undead Druid will give 140 slayer experience each, and with a high strength bonus and an imbued Salve Amulet, you will bang through them quite easily. They have the ability to drop large stacks of runes, herbs, seeds, herblore secondaries, and Grubby Keys.  Each task has the chance to open several Grubby Chests, adding potentially hundreds of thousands of OSRS GP by the end of it.

When Fossil island came out, an alternative source for Wyverns was introduced, albeit with different names, Slayer level requirements and drop tables. Since most players were underwhelmed with their drop table compared to Skeletal Wyverns, few come here to make money and some players just skip these tasks.

Their icy breath is an additional annoyance, which is countered using the Ancient wyvern shield. Once players have it equipped, this task is relatively easy and probably not worth wasting points to skip. Ironmen will benefit by getting even more Wyvern bones for prayer, as well as plenty of noted herbs, high-level ores, volcanic ash, and fossils.

While there are tasks that are definitely worth skipping, you should consider trying the tasks above and many others so you can reach your slayer point goals even quicker. Oldschool Runescape is constantly evolving, so monsters you wanted to avoid in the past may not be so bad nowadays.