The Swan Song – a quest features you adventuring into the world of the Wise Old Man, who aids the Piscatoris Fishing Colony in defending a sea troll invasion.

The quest requirements for this master and medium quest is the completion of: The Restless Ghost, Priest in Peril, Creature of Fenkenstrain, Garden of Tranquility, Jungle Potion, Shilo Village, Druidic Ritual, Rune Mysteries and One Small Favour. You’ll also need 100 quest points, and the skill requirements are as follows: 66 Magic (boostable), 62 Cooking (boostable), 62 Fishing (boostable), 45 Smithing (boostable), 42 Fire making, 40 Crafting (boostable). You’ll also need to be able to defeat a level 170 Sea Troll Queen, who can use magic and melee, and has the ability to drain your prayer, as well as 11 sea trolls, with varying levels from 65 to 101. The item requirements are as follows: 10 mist runes, 10 lava runes, 5 blood runes, a pickaxe, an axe, a tinderbox, a hammer, 5 iron bars, 2 soft clay, logs, 7 bones, a pot, a pot lid and a brown apron. We recommend you also bring along some Piscatoris teleports, an amulet of glory to get to Draynor Village, a Watchtower teleport, and some prayer potions. 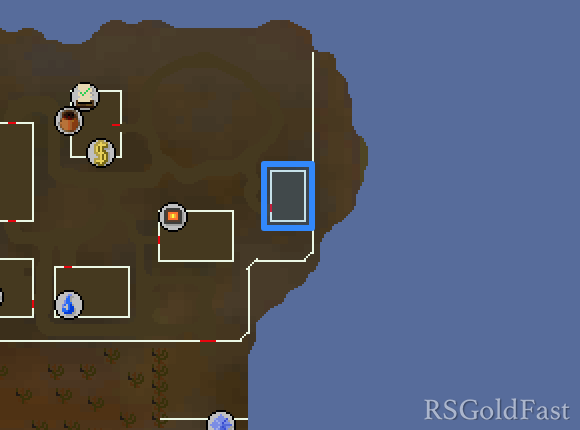 You’ll need to head to the Piscatoris Fishing Colony to start the quest. At the colony, simply head north-east and find Herman Caranos. Talk to him to initiate the quest. He’ll redirect you towards the Wise Old Man. Then, head to Draynor Village.

At Draynor Village, withdraw your 10 mist runes, 10 lava runes and 5 blood runes. Talk to the Wise Old Man, and he’ll ask for those runes. After giving it to him, returning to the Piscatoris Fishing Colony.

For this part, bring along your combat equipment, 5 iron bars, logs and tinderbox. If you’re below 62 fishing, bring something to boost with to get to 62. Keep in mind however, if you die in these subsequent fights, you will lose all your items. At the Piscatoris Fishing Colony, you’ll find The Wise Old Man in the place of Herman Caranos. Speak to him, and he’ll take you to the Colony grounds, where the battle begins. You’ll have to kill 8 Sea Trolls. After killing the trolls, head through the gates of the Colony. You’ll now be instructed by the Wise Old Man to find Herman Caranos, who is missing. You can find him in the building in the eastern end of the Colony. After talking to Herman Caranos, you’ll then see the Wise Old Man appear, who’ll tell you to do some odd jobs.

One of your tasks is to talk with Arnold Lydspor, and refill the Fishing Colony’s food stocks. You can find Arnold Lydspor in the bank to the west of Herman Caranos. After talking to him, you’ll receive a small fishing net. Go directly north-west and catch at least 5 monkfish (as you may burn some later). When you fish, you’ll have to kill the 3 Sea Trolls that attack you. Cook the monkfish on the range to the south. After successfully cooking 5 monkfish, take them back to Arnold Lydspor.

For this part, you should bring your 2-soft clay, 7 bones, pot and pot lid. Head to The Wise Old Man and Herman Caranos, who will let you now that they require an army to defeat the Sea Trolls. You’ll then need to head to Wizard Frumscone, who is in basement of the Wizard’s Guild. If you’re below 66 Magic, bring a boost for this part. 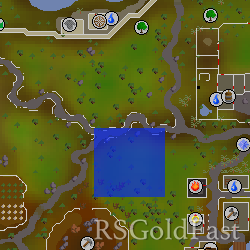 He’ll tell you that you need to bring home bones. As you’ve already got the bones, you can give them to him, and he’ll then asks for some way of storing seeds. He’ll give you a brown apron, as he directs you to the Crafting Guild.

In the Crafting Guild, ask the master craftsman about how to store the seeds, until he tells you that you just need a pot and pot lid. Return to Malignius, and he’ll teleport you to the Piscatoris Fishing Colony.

For this part, bring along your combat equipment for the boss fight. Keep in mind, if you die, you cannot retrieve the items you lost. After entering the Colony and talking to Herman Caranos, a cutscene will show of your army defeating the Sea Trolls, as well as the Wise Old Man killing the Sea Troll General. However, he gets damaged, and it’s now up to you to defeat the Sea Troll Queen.

You should opt to attack her via melee, as her long-ranged attacks drain prayer. We also recommend you use the protect from magic spell, as your melee armour should be sufficient enough in defending against the Sea Troll Queen’s melee attacks. After defeating the Sea Troll Queen, talk to herman Caranos. Congratulations – quest complete!

The rewards for this quest are: 2 quest points, a whopping 15,000 magic experience, 10,000 Prayer Experience, 10,000 Fishing Experience, as well as 25,000 coins. You also gain access to the Picatoris Fishing Colony, and Access to bone seeds, and a brown aprol form Malignius Mortifier whenever you ask. This quest also allows you to complete the Making Friends with My Arm quest, and helps you complete the Western Provinces Hard Diary.