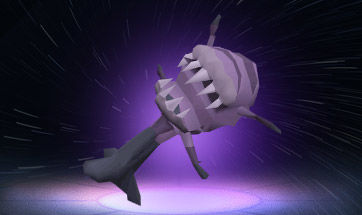 The Corporeal Beast (sometimes just referred to as Corp) is technically one of the hardest bosses in Runescape in terms of combat level and defenses. While its mechanics are pretty simplistic, it is quite hard for a player to take it on without a group. Within this guide, you will know how to get prepared to take on Corp on your own.

The Right Weapon For The Job

The biggest reason why Corp is hard is due to its extremely high defense and the fact that its hide can only be penetrated by spears or halberds. There are many spears in the game, but there is no comparison to using the Zamorakian spear as a primary weapon.

The crystal halberd is another consideration due to its high stab and strength bonus. The main drawback is its slow attack rate, although the special attack is amazing. If you’re an ironman with nothing better to use, this may be your last resort.

Ranging is somewhat viable for non-melee builds, but even less so if you plan on going solo. The strat would be to use an Armadyl crossbow with ruby bolts (e), popping in and out doing rounds of damage. If you can use a stat-reducing special attack, that would be ideal.

The most common method of burning down Corp quickly is to abuse the POH Restoration Pool for virtually unlimited special attacks. This will allow you to use stackable stat-draining special attacks so that he is debilitated and easy to fight solo.

Simply attack Corp, teleport to your house, use the pool and return with a Games Necklace charge. Having a rune pouch or teleport tablets is advisable to save inventory space while doing so.

At the very least, you should come in and do two rounds of special attacks with the dragon Warhammer. A successful hit reduces the enemy’s defense by 30%, which is invaluable for a high-defense boss like Corp.

Stacking Arclight special attacks is also viable and cheaper, although it would be a lot more tedious. Players have reported that doing 20 rounds of special attacks. This will drain his combat stats down to 0 eventually, making this fight extremely easy.

The Bandos Godsword is another popular item to throw into the mix. The special attack will drain the boss’s stats (including defense) based on the amount you hit. Since the items have high strength, it is possible to debilitate Corp in just a couple hits.

If you are in a pinch, the Dorgeshuun crossbow is the lowest requirement item to lower an enemy’s defense. Similarly to the Bandos Godsword, the amount you hit will lower its a defense by the same number. The drawback is that it takes up 75% of the attack bar, so you will have to teleport to your house more often.

You may mix up special attacks with multiple weapons to drain both defensive and offensive stats. For a hardcore ironman, the Arclight may be the way to go since it lowers the overall chance of dying. For regular players, at least just the Dragon Warhammer should do.

Once you have him drained, you can either stay and tank for the rest of the fight or repeatedly teleport to your house and come back to unleash special attacks. If you are using the crystal halberd, this would be a good idea to utilize its powerful special attack that deals multiple hits to large targets like the Corporeal Beast.

Since you will take all of the blunts from Corp, you should have a steady supply of emergency food available. A neat trick is to go in with a full inventory of Karambwans while skulled and allow yourself to be killed. Gear up like normal, and you will go back with a stash of food on the ground. This can be done with multiple loads and with potions if desired.

Since you are by yourself, you will need any additional damage that you can get. If you can afford to, set up a cannon in Corp’s lair to have it passively do damage while you come in and out of the cave.

If you wish to safe-spot corp, you may set up the cannon near the entrance like in this photo (although it is recommended to keep up Dragon Warhammer special attacks).

Otherwise, the cannon should just be seen as accessory damage while fighting with your main weapon. It will continue firing in between teleports if you go in with repeated special attacks, so it’s always worth using.

Even with Corp’s stats reduced, there is still a significant chance of dying due to the dark energy core spawn. It is a separate monster that can heal the beast while leeching hitpoints from players if nearby. This core is responsible for lots of deaths here, so make sure to kill it as soon as you see it while keeping your distance if possible.

One strategy against the dark core spawn is to poison it so that it moves and heals slower than usual. This can be done using poisoned arrows or knives so players don’t have to get too close.

As far as the beast’s regular attacks, it can hit a 51 with melee and 65 with magic. This means that you should always be watching your health if you didn’t do any combat stat reduction during the early stage of the fight. Having said that, most players opt for armor to boost damage and accuracy rather than defense since there are too many diminishing returns.

While the Corporeal Beast shouldn’t be taken lightly, it is quite easy to solo kill once you get the hang of its mechanics. It drops some of the most valuable items & rs gold in the game, including spirit shields, stacks of cannonballs and other commodities. If you want to farm the boss most efficiently, considering doing it in groups for fast kills while splitting the loot.

Be sure to check out MoparScape.com for the best rsps list online!