Quest Items You Shouldn't Throw Away 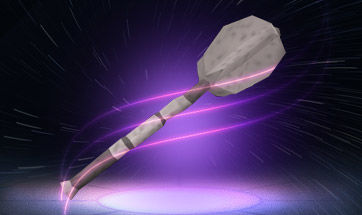 For the most part, random items obtain along quests are complete junk and most people drop them to save bank space. Whether its a reward or a component to completing a quest, there are still some items that are worth keeping for new players or ironmen until they get high-level items.

Let’s dive into what you should consider keeping while questing in OSRS...

The Silverlight itself has been a useless weapon, with the exception for perhaps F2P ironmen that want to kill Lesser Demons. This is why most players drop up upon seeing its stats and realizing that a Rune Scimitar is much better against demons.

Since Jagex released the Arclight upgrade, it turns into the best weapon to go against demons (including Abyssal Demons) for slayer tasks. Using 3 ancient shards at the Kourend Catacombs, it will have 1,000 charges before reverting back.

It also can reduce the enemies’ Attack, Strength and Defence levels by 10% when used with the special attack. Unlike other stat-reducing abilities, the effect can stack on one demon.

This ring is used to reveal the ladder going down into the Shadow Diamond. After defeating the boss and obtaining your diamond, players will toss it after serving its purpose.

If you want a secret melee training spot with virtually no competition, the Level 80 Skeletons near the ladder have a near-instant spawn rate. Use a Salve amulet and your favorite melee gear and you can camp this area for faster experience than sand crabs or desert bandits.

The Ancient Mace is a quest reward and a seemingly weak weapon, being on par with Mithril weaponry. Even with that, it’s a highly utilized item within both PvP and PvM communities.

The special attack of the ancient mace allows you to drain the target’s prayer and recharge your own. If you are already at max prayer points, it will go over your limit.

The nefarious mechanic of this mace is that it can drain players’ prayer in the wilderness and the effect stacks. Clans have utilized this to render a players’ Protect Item prayer useless and taking their valuable +1 item.

The jester costume is given to the player for a humorous part of the Fremminik Isles quest and most people destroy it upon its completion. What wasn’t so apparent is that the jester pieces gave magic defense with the boots being the second highest in the game.

Instead of buying eternal boots (which may be a distant goal for ironmen), this is the only free alternative available. Uses may include anti-pk gear while skilling in the Wilderness or tanking against magic in PvM.

The salve amulet is the most powerful in the game when fighting undead creatures. When imbued, it gives a 20% damage and accuracy with melee. When imbuing with Nightmare Zone points, this bonus also applies to ranged and magic attacks.

This helmet is a seemingly random reward from Grim Tales, and at a first glance, it’s nothing special. It has the same defensive stats as a rune full helm but with +5 magic defense.

The interesting part is its +6 offensive crush bonus, which is the highest in the game. This helmet is commonly used with an Elder Maul and the Mythical Cape for maximum accuracy. You would rarely see this in PvP, but it is one of the more common high-level setups for Revenants.

Did you know that one of the best magic attack rings in the game is from an easy quest? The Beacon Ring is used in What Lies Below and has a +2 magic attack bonus. It is slightly under a Seers’ ring and no-par with the Lunar ring, although this quest is much easier than Lunar Diplomacy.

Lunar armor us somewhere in between Mystic and Splitbark and requires 40 defence to wear. If you are an Ironman, this is a worthy set to use to save money on buying mystic or grinding for Ahrims. Although, if you die and lose your armor, it’s quite expensive to buy a new set.

Since the set can be stored in your POH wardrobe, it is also viable for an UIM to keep it. The staff can also be used with fairy rings, in case you wanted an alternative.

Quest items were never intended to be end-game content, but these items should come in handy as you advance your character. Especially considering the trade locked ironmen with limited resources, these items are even more valuable. By the way, get 07runescape firecape/items or osrs gold quickly on RSGoldFast.com, Trustworthy.