Underground Pass serves as the third quest in the Elf quest series. It takes you on a long journey through the dungeon near Ardougne city. Your objective is to explore the dungeon by the orders of King Lathas, and during the attempt, you’ll encounter his corrupted brother named Tyras. 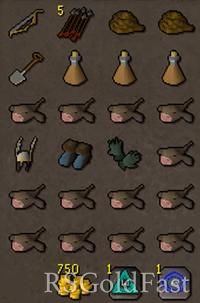 You need to first finish the quests; Biohazard and Plague City to proceed further. You need your Ranged at level 25. Take two ropes, a bow, a spade, and five non-poisoned arrows with metal arrow tips.

You’ll obtain a Plank, a Bucket, and Tinderbox during the quest. There will also be a few enemies that you have to deal with, so bring Armor, Food, Potions, and a Weapon with you.

Speak to King Lathas on the first floor of the Ardougne Castle to start the quest. He’ll instruct you to speak with Koftik, who is located outside the entrance of the dungeon. So, head through the western gates until you hit the entrance of the cave. Speak to him to know about the underground pass, and then meet him at the bridge once you’re inside. 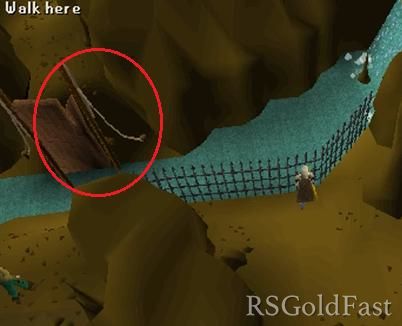 There are three paths that go in a different direction. Take the southern path and climb over the set of rocks to locate Koftik. He’ll give you an Oily Cloth. Continue north till you come across a small river, and right across it, you’ll find a guide rope that is holding the bridge upwards. Use a lit arrow to fire at it and the bridge will fall down. Cross it and pick the plank to the north. 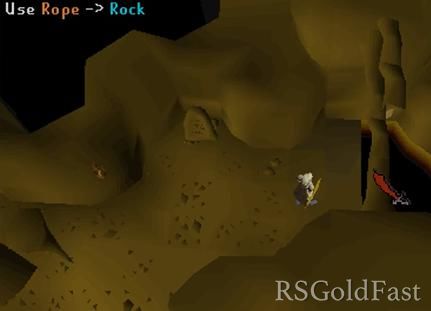 Head south from here, avoid the spider and then switch your direction to east. When you come across a pit with water and a rope swing, use your rope on the hanging rock above it to get to the other side. 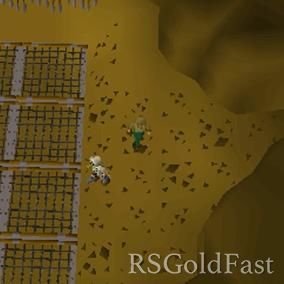 Continue to the eastern path, then head south to find Koftik standing in front of a grid. The tiles on the grid can cause damage, so you need to find the right path to get across. Pull the lever once you’re there to open the gates.

Go north to find a furnace, and then head west from there to find a narrow corridor. You can either disarm the traps on the walls or run through them while healing yourself. On the other side, there will be a well and an altar. There are also four different paths, so you need to take the northern path first. 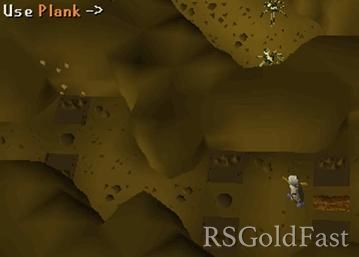 Use the plank in your inventory on the flat rock to disarm the traps. Go past them to the end of the tunnel to acquire the Orb of Light. Now, go northwest, past the spider & ogres to grab the orb. Head back and enter the middle path. Transverse the traps the same as the other paths. When you’re on the last path, which is to the southwest, you will need to disarm the traps right before you pick up the orb.

Once you have the four orbs in your inventory, go back to the furnace area and destroy them by using them on the furnace. Go down the well to reach the other level. Make your way through the cave till you reach an area with cages. Pick the lock of the first cage on the left. At the back of the cage, you’ll notice that the ground looks a little off. It’ll lead to a hidden tunnel when you use your spade on it. Make your way across the narrow ledge to reach the maze for underground pass osrs. 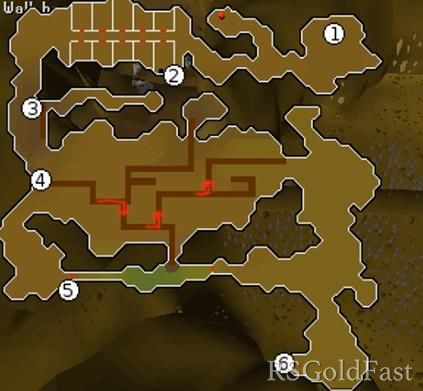 The maze is made up of beams, so you need to go right first, and then left twice. You can also bypass it if you have 50 Thieving (picklock the door to the south side). When you’re through, go south through the pipe entrance. 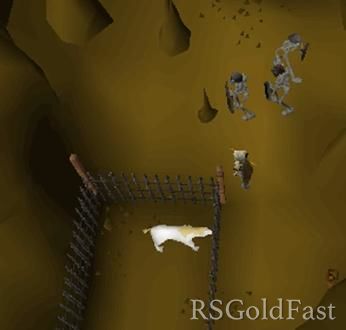 In the next room, you will see a caged unicorn, and your objective is to acquire its horn. Go into the cage, take a piece of railing, head back up to find a boulder, and then use the piece to get it loose so that it can crush the unicorn. Go back down, pick the horn, and walk through the northern tunnel.

Go north till you come across a group of paladins; Sir Carl, Sir Harry, and Sir Jerro. You need to attack them to get their badges, but make sure that you’ve spoken to them before doing attacking. Now, walk west to locate another well, where you have to use the unicorn horn and the three crests to open the next door.

Koftik will now appear before you. Once you’re done talking, walk along the eastern walk, then go west till you reach a cave. Once you’re at the bottom, you will find three dwarves; Niloof, Kamen, and Klank. Speak to them for an endless supply of food, and you can also pick the Tinderbox in the eastern building as you’ll need it later. Niloof tells you about a witch, Klnak will give you his gantlets, and Kamen will offer you brews to boost your HP, but it will decrease your Agility stats. 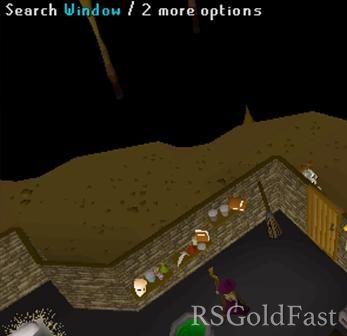 Go up the staircase and walk northeast to find a house. Go north, then turn onto a path to continue ahead. Head south from there to reach Kardia’s house. When you’re close by, you’ll hear sounds of her talking about her missing cat. Go north now to take the western path, jump the jap, and then take the northern path to locate the missing cat. Pick the cat, use it on the door of the witch’s house, and then once she collects the cat, open the door and search the chest inside. You’ll find two potions, a history of iban, and a doll of iban. 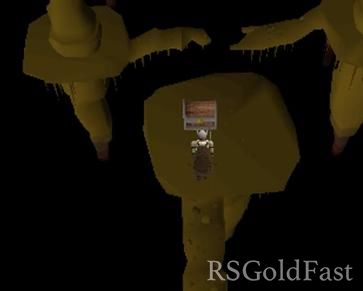 You need to use the doll to acquire four elements of iban, which can then be used to imbue it. Go north from Kardia’s house, and then switch your direction to the west. Go down to kill the demons for their respective amulets, and walk north of Doomion to locate a chest. Open the chest to destroy the amulets and obtain Iban’s Shadow. 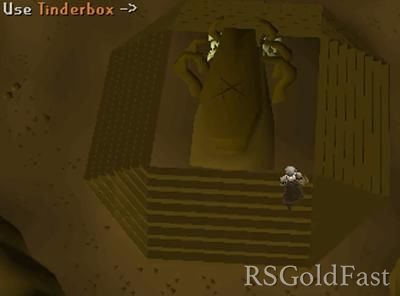 Go back downstairs and speak to Klank (if you haven’t already acquired the gauntlets), and then walk to the smallest building to use the bucket on the barrel. Go southeast of the tomb area and pour the bucket on the tomb. Use your Tinderbox to light it up and create a pile of Iban’s Ashes.

Walk north of the tomb until you come across a corridor that is inhabited by spiders. You’ll also find a level 89 spider called Kalrag, which you need to kill. Once it's dead, soak up the blood for your doll.

Now walk northwest to locate a small passage, and then head up the staircase. You’ll locate a number of cages with soulless NPCs inside. Walk south from there, and then switch to the northern path to locate a cage. You need to now go left and equip Klank’s gantlets to find Iban’s Dove in the cage.

Once you have the four elements, you need to kill Iban. Go back to the temple in the central area, where you will fight against a disciple of Iban. Equip his Zamorak Robes before you head into the temple. 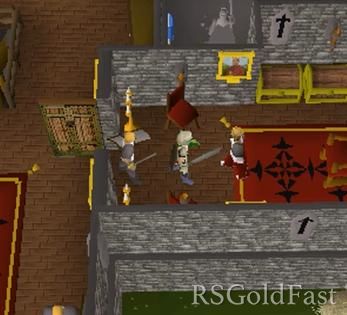 Iban will start to attack you, and you need to run to the well to use the doll on it. When that happens, Iban will be destroyed and the temple will begin to fall down. You will acquire Iban’s Staff and be teleported to a cavern where Koftik is located. Speak to him to be teleported at the starting entrance, and then go back to King Lathas to complete the osrs quest. And we offer osrs gold, fire cape, accounts sale service, 100% safe & great reviews.