The Lost Trible is a part of Dorgeshuun quest series which includes all quest that is acknowledged to share a common plot.

Goblins have emerged from a newly formed crack in the Lumbridge castle’s basement, and the advisor to the Duke of Lumbridge has given you a task to investigate the matter in hand. These goblins are the pacifist Dorgeshuun tribe who have been lost in history for many years.

The above skills can all be boosted to meet the requirements. 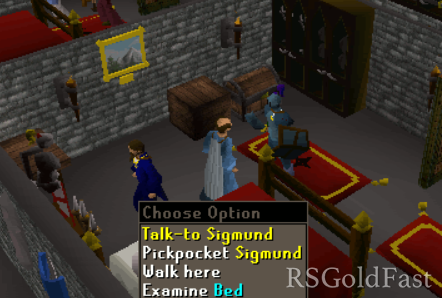 To start this quest, you’ll have to talk to Sigmund who is on the 2nd floor of the Lumbridge Castle (same room with Duke Horacio). Next, talk to all the people in Lumbridge to find out if anyone has seen a goblin with huge eyes in the castle’s basement, this includes; Duke Horacio, the cook, Hans, Father Aereck, Donie, Bob and anyone you can find. Report to the duke, once one of them tells you that they’ve seen a goblin with the above description. Once you’re done talking to the duke, you’ll be able to access the basement by using your pickaxe on the rubble.

First, go down the trap door in the kitchen, and look for a blocked runnel which is on the east side of the cellar. Use your pickaxe on the rubble, light your ‘light source’, squeeze through, grab the brooch and then turn back or you’ll end up falling into a pit. Go back to the duke and show him what you’ve grabber, he’ll then ask you to talk to Reldo in Varrock Palace. He’ll be located on the 1st floor in the library. 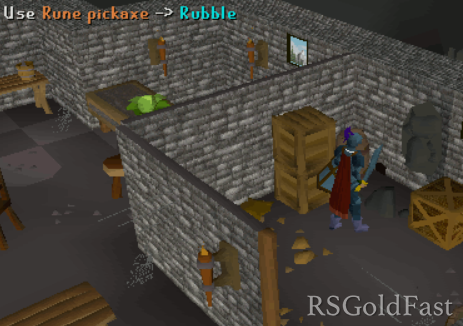 Once you’ve found him, show him the brooch and he’ll ask you to search the bookcases for a book on the goblin’s history, which is called the Goblin symbol book. You can find the book in the north-western part of the room. When you’ve acquired the book, turn to the last page to see that the symbol on the brooch translated to ‘Dorgeshuun, goblins of the strong spears.

Now head to the goblin’s village, which is the main settlement of the goblins is Asgarnia and talk to the generals there. They will teach you the goblin bow and goblin salute emotes.

To make it easier as the dialogues are quite long, I’ll mention what you have to choose.

· Have you ever heard of the Dorgeshuun? (Option 1)

· Well, either way, they refused to fight (Option 2)

· Well, why not show me both greetings? (Option 3)

Now, head back to Lumbrdige and talk to the duke. He will ask you to investigate the tunnel further. 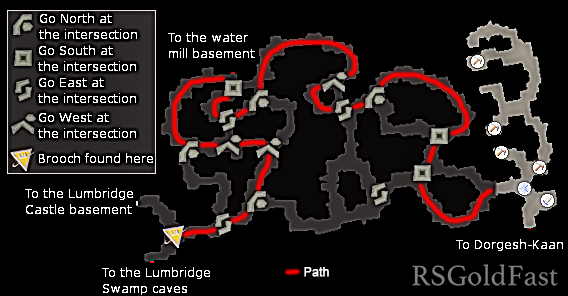 Look at the tunnel map on your screen to know the correct path. If you end up in the wrong direction, the following things may happen.

· You may be hit by a falling rock.

· You may fall down a trapdoor and end up in the Lumbridge Swamp Caves. If you’re using a candle, you most certainly may die, because the candle will cause a gas explosion.

Once you’ve reached the end of the cave, you’ll find the tribe. Look for Mistag and do your goblin bow in front of him. He will you that the incident in the Lumbridge kitchen was an accident and that the Dorgeshuun tribe are peaceful. After learning about the goblins’ backstory, Mistag will offer to take you back to Lumbrdige if you ask him to show you the way (Saves time). 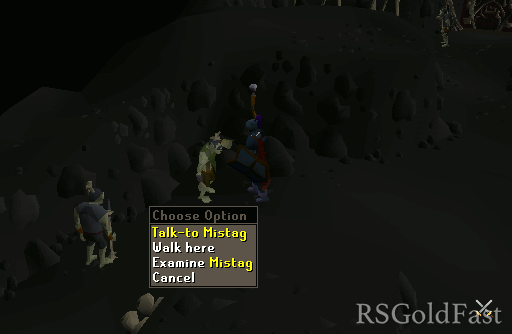 Now, speak to the duke again and let him know that you’ve made contact with the goblins. He will tell you that some silverware was stolen from the basement, and the goblins are to be blamed for it. Once the conversation ends, pickpocket Sigmund and unlock his chest which is located in the spinning wheel room, you’ll find some H.A.M robes (hold onto them, as you’ll need it further in the quest).

Let duke know what you’ve found out, that Sigmund is a part of Humans Against Monsters (H.A.M) organization. Now, leave from the west part of the Lumbridge castle and go the H.A.M hideout which is a trapdoor entrance just north-west of the castle. Pick the lock to enter the hideout, and search the crates in the first room to find the stolen silverware. Once you’ve found it, go back to the duke and give it to him so that he can believe that it was stolen by Sigmund and can fire him. 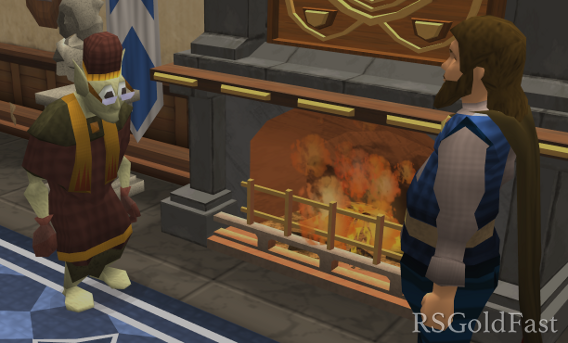 For the final part, the duke will give you a peace treaty that will be signed by him and will ask you to set up a meeting with the leader of Dorgeshuun to sign it too. Go back into the tunnel. The plus point is that you won’t have to cross the whole path again, you’ll find a goblin named Kazgar there who’ll navigate you through the mines. Once you’ve reached, talk to Mistag and let him know about the treaty. He will then summon the leader Ur-tag to sign the documents. A cut scene will begin, showing that the Duke, Ur-tag (Leader) are in the Lumbridge dining room signing the treaty, along with you and Mistag as witnesses. During the cutscene you will also come across a part where you’ll see Sigmund outside, shouting that the goblins will soon be destroyed. Once the cutscene ends, the quest will be completed.

Rewards for the completion of the quest are given below.

· The ability to use the Goblin Bow and Goblin Salute emotes

· Access to Nardok's Bone Weapon's store where players can purchase the Dorgeshuun crossbow, Bone bolts and other bone weapons.

Thank you for reading, buy great OSRS Gold from us now, 24/7 online and safest, fast.