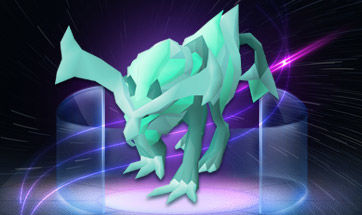 The Gauntlet is a recently added solo minigame that mixes skilling and PvM in randomly generated dungeons. Some people may compare this to Dungeoneering in RS3, but at a much smaller scale. The idea is to gather your resources to create and upgrade gear in Singing Bowls while gathering materials for food and potions.

While it is likely your account is decently high if you completed Song of the Elves, having max stats in combat skills, fishing, cooking, herblore, and farming will allow you to speedrun this dungeon. Speedrunning is ideal if you plan on using this minigame as a means of moneymaking. Rewards include common resources along with crystal armor seeds and the Blade of Saeldor.

Not all gear needs to be attuned to face the boss, assuming you have decent stats. The most important thing to run with is a perfected Tier 3 weapon, whether you’re using ranged, magic or melee.

You will only need one Egniol potion to get ready for a boss, and a full inventory of Paddlefish to mitigate any damage during the fight.

The main priority is to go into the minigame trying to obtain the best weapon possible to blast through the rooms. A weapon frame 80 crystal shards need to be obtained by killing enemies in the first rooms, and then you can craft your weapon of choice in a singing bowl.

On the way to any weapon upgrade, be sure to create armor when you have the resources to spare, focusing on gaining every piece before bothering to upgrade them.

Along the way, be sure to hoard a couple of Grym leaves as you come across them. They are random drops so you don’t want to be unprepared as you enter in bosses or minibosses. They also serve as stamina potions to help you run around and between rooms.

Once you have the basic gear ready, be sure to stock up on food when appropriate, and loop around the rooms to come across the various mini-bosses. This includes the crystalline Dark Beast, Bear, and Dragon that drop other weapon frames.

Getting Ready For The Boss Fight

The Crystalline Hunllef is the last boss of the minigame and you will have to tear through his 600 hitpoints. Just like Jad, he has magic and range attack styles that you’ll have to pray against. He will be praying against the opposite attack style that he attacks with, so that will be your only indicator to switch. He cycles through attack styles frequently, so be sure to take note.

The crystal scepter and bow are needed for this boss, so be sure to drop everything else, except for your harpoon to gather fish. You can either step into the room or you will be automatically teleported if you let the timer run out.

Orange tiles will deal a significant amount of damage, so if a tile starts blinking, move out of the way. An even deadlier attack is his purple whirlwinds that do damage quickly and accurately, so run around to avoid damage.

The best trick that’s been discovered is to punch the boss after 5 attacks, assuring that he switches his prayer to an attacking style you don’t even use. This will allow you to go with your strongest or preferred attacks style for the next round of hits.

The Corrupted Gauntlet is a more hardcore version and it’s available after completing the regular version. Weapons, items, and rooms have different colors but your weapons will have the same stats.

The main difference is that there is a short time limit of 7:30 minutes and the final boss has nearly double the health. Similar to the Fire Cape, a gauntlet cape will be awarded for any player that completes.

In terms of farming for osrs gold or items, speedrunning the regular gauntlet has proven to be much more efficient since the Corrupted Gauntlet only gives one extra item.

While there is some competition in the PvM community, players are somewhat underwhelmed by this piece of content. In the meantime, players going for gold per hour prefer to run Zalcano as you can make several times more profit. It is still worth doing for ironmen that want armor and weapon seeds, a chance at the Youngllef pet, and the Blade of saeldor.