A quest that was announced on the 9th of October and played a vital role in following the Great Kourend series. In this quest, you’ll have to help Lord Kandur Hosidius locate his son Artur Hosidius, who has gone missing. Do you think you have what it takes to investigate thoroughly and bring him back home? Don’t worry because the following guide will help you through.

· Skills Necklace (To teleport to the Woodcutting Guild)

· Teleport to the Arceuus Library

To start this quest, you must first speak to Lord Kandur Hosidius, who can be found in the north-western house directed from the Hosidius Vinery. You can get there by selecting the second option on the Xeric’s Talisman teleport. He will fill you in with the information about his son Artur Hosidius and that he has been missing. He’ll want you to help him out in investigating what happened. Simply select the 2nd and 1st options to agree and start the quest. 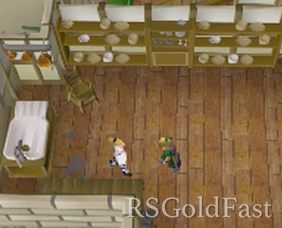 To begin, he’ll first ask you to speak to his family members and hired servants of the house. Go to the kitchen, where you’ll find Chef Olivia and speak to her. It’ll be revealed that she and the lord’s son were lovers and that she was informed by him that he’s going to look for the original document of the Accord of Twill. It’ll be brought to your notice that he was spending most of his time researching in the Arceuus Library, and she’ll then suggest you speak to the librarian named Galana for further help. 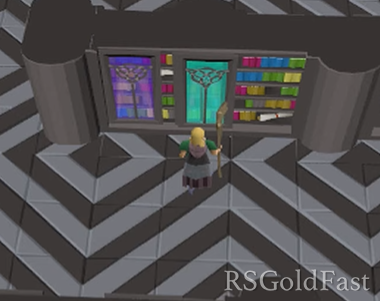 Now, to reach the Arceuus Library, the easiest route would be to use the Fairy Ring (Code c*I*s) nearby. However, you can only do that if you’ve paid 80,000 gold coins to Trossa for restoring the ring. Once you reach the library, speak to Galana located in the north-eastern part of the ground floor. She’ll ask you to find a book called Varlamore Envoy and the location for it is random for every player, so make sure that you search every corner of the bookcases to find it.

If you end up logging out, speak to Galana again because the location might’ve changed. 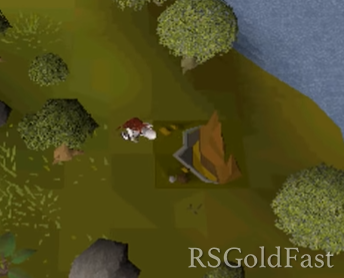 Read the book once you’ve found it to discover that the original Accord of Twill was lost at sea, and the ship that was carrying it has sunk into the Crabclaw Caves. Now, you’ll have to head to the caves, so grab your gear and head south of the Woodcutting Guild. You can identify the cave through the ‘Red Exclamation’ mark on the mini-map. Also, remember to read the book before entering, or else you won’t be allowed to go through it. An easy way to reach the Woodcutting guild is by using a Games Necklace.

Once you’ve entered, first head onto the east path and then go south through the crevice to reach the stepping stones path. Follow the path and go through the rocks, but be sure that you have food on you because if your Agility level is low, along with your HP, then there are chances that you may fall off while attempting to cross and that may cause severe damage. After reaching the end of the cave, you’ll find Artur Hosidius and he’ll tell you that there’s a chest a little further ahead that may contain the original copy of Accord of Twill. However, the problem is that it’s protected by a Sand Snake.

Since he’s not a good fighter, he’ll ask you to defeat the snake. So, climb the rocks further ahead and begin the battle. You can use either of the combat styles to defeat it because the fight will be genuinely easy, but if you’re a low-level character, then you can simply use magic as it’s weak to it. Once you’ve defeated the snake, search the chest to obtain the Royal Accord of Twill and return to Lord Hosidius to complete the quest!