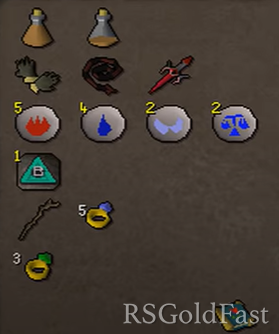 This quest is about the event ‘Ascent of Arceuus’, where the citizen of Arceuus had given up on their bodies to gain immortality. Thus, the day was marked as the end of death within the Arceuus house. However, things didn’t turn out that way, because, after decades, a member of the Arceuus house has fallen, but what could be the cause? That’s what you will be tasked to investigate during your quest journey.

· Skills Necklace (To teleport to the Farming Guild, which is south-west of Mount Karuulm)

To begin this quest, you must first speak to Mori, who is located in the north pub of Arceuus. She will bring it to light that her friend named Thana had died, and it’s impossible to believe because the citizens of the city had achieved immortality. Since the event has occurred after decades, she will ask you to investigate further, and then direct you to the NPC named David Andrews, who is the Kourend Council’s leader. 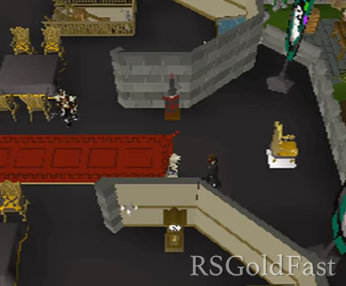 From your location, head southwest to reach the Kourend Castle, and then speak to the Councillors named Andrews on the second floor. He won’t be able to tell you anything because the Arceuus family has taken an oath to keep their knowledge a secret, and that’s why the council won’t be of any help to you.

Head back to Mori now and tell her that the council cannot help in any way because of the above reasons. She will then tell you that the council isn’t really helpful and they were meant to rule the kingdom. As the conversation continues, she will ask you to speak to Lord Arceuus to see if he can help, because a king doesn’t take the death of his people lightly. Now, walk northwest from your current location to reach the Tower of magic, which is west of the Arceuus Library. Speak to the Mage outside the gate and inform him about the death in Arceuus to know that the tower has been experiencing some issues lately. However, since the investigation may be related to the ongoing problems, you will be allowed to enter the tower.

Upon entering, you will notice that there are several Tormented Souls attacking the mages of the tower. One of the five souls will immediately attack you, while the other four will be targeting the mages. So, you have to annihilate each one of the souls completely. After that, head upstairs to locate Asteros Arceuus, who is the son of Lord Trobin Arceeus, and speak to him. He will tell you that not long ago, there was a fluctuation in the Dark Altar’s power, which caused a loss of power and the altar to fail. When the situation was realized by Lord Trobin Arceeus, he used himself to channel the remaining power of the Dark Altar. The failure of the Dark Altar, caused the trapped souls to escape and turn feral, which also caused the death of Thana. Right now, the only thing keeping the citizens alive is the power of Lord Arceuus.

Asteros will also reveal that the power of immortality wasn’t discovered by his father, but instead, the knowledge was given to him by three volcanic creatures called Tasakaal. These creatures reside within Mount Karuulm’s volcano, and they possess unheard knowledge about the Dark Altar. Asteros will then seek your help and would want you to restore the Dark Altar’s power by any means possible.

Time to make your way to Mount Karuulm, which can easily be reached by using the Fairy Ring (Code: C*I*R), or if you have a Battlefront Teleport, you can use that too. For easy navigation through the mountains, it is recommended to have 62 Agility, and if you’re looking to complete the Kourend & Kebos task, then you will have to head west of the dungeon’s entrance to mine some iron rocks. Thus, allowing you to complete the task.

Through the elevator on the mountain’s summit, enter the Karuulm Slayer Dungeon, and don’t worry you won’t be needing any Climbing Boots for this part. Now, when you try to speak to one of the Taskaal’s there, they will dismiss you. However, when you take the name Arceuus, they will listen you to. During the conversation, they will tell you how Trobin and Asteros came to them a long time ago, begging to save his wife who was on a death bed. Therefore, they granted him the necessary knowledge to achieve immortality, but he misused the knowledge and granted the power to every citizen of the city, which ended up bringing a disturbance in the world’s balance. It’s a known fact that "For every death, there must be life. For every life, there must be death. Perfectly balanced. As all things should be." At the end of the conversation, they will refuse to help you in any way.

However, when you offer to help them in exchange for the lives of the citizens, they will admit to it that the work of Arceuus’ has been a huge help in maintaining the balance of the souls. They will now agree to help you, but you will have to help them with their own task first, which is freeing a trapped soul from the south-eastern grave. 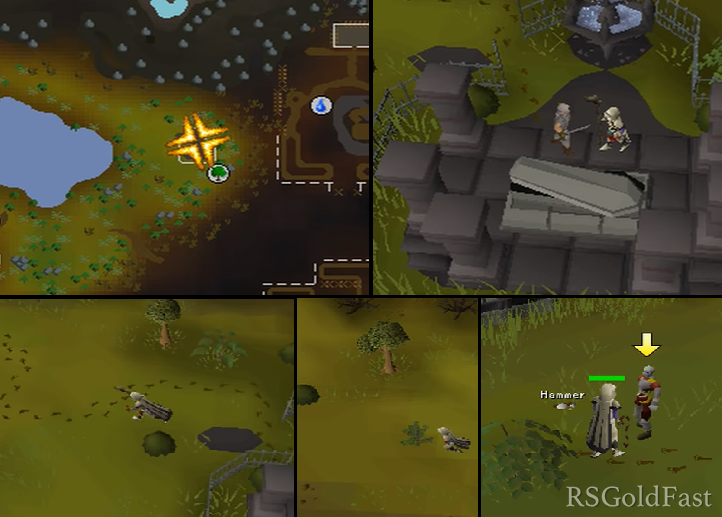 If you have another Battlefront Teleport, use it to reach the Ancient Grace. If you don’t, then leave the mountain the same way and head southeast to reach the location. Inspect the grave first, and then follow the visible tracks by inspecting the plants on the path. This pathway will lead you to the Farming Guild, where the Trapped Soul will appear and attack you. Make sure that you inspect every plant on your path, or the Trapped Soul will not appear. You can safe-spot the Trapped Soul if your combat level is low, by running to the opposite side of the bush from where it will pop out. Also, if you’re out of sight, the Trapped Soul will crawl back into the bush, and similarly, it will disappear if you take too long to dispose of it.

Once you’re done, head back to Tasakaal and they’ll willingly tell you that the cause of the problem was not the malfunctioning of the Dark Altar, but a device that was placed by someone to redirect its power. Now, you need to head to the Dark Altar, located northeast of the Arceuus Library. An easy way to reach there is by using the Fairy Ring (Code C*I*S if you have the ring restored), or a Games Necklace (to teleport to Wintertodt). Around the altar, you will find rocks, so inspect them to find the device redirecting the power. Upon doing so, you will automatically smash the device, after which, you need to head back to the Tower of Magic to speak to Lord Arceuus and complete the quest! Thank you for reading this guide, buy cheap OSRS gold from RSGoldFast.com, legit & 100% fast service. Good Luck.