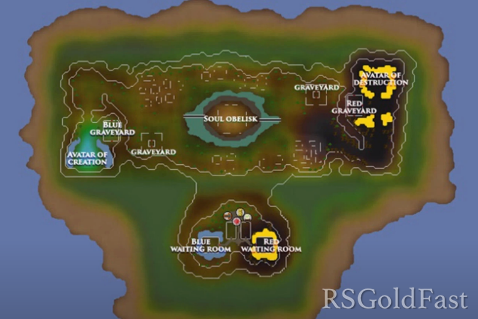 A team minigame meant only for in-game members, which is a remake of the original Soul Wars that was released by Jagex in the year 2009. In this minigame, two teams compete against each other by collecting soul fragments and offering them to the Soul Obelisk, so that the opposite team’s avatar can be weakened and be defeated.

Soul Wars area can be entered through a portal that is located in Edgeville and Ferox Enclave Dungeon. It is located just south-west of the bank and west of the mausoleum that is abandoned. Entering the portal, you’ll arrive at the Nomad’s camp, where you can exchange your soul wars points (zeal’s) for various rewards, as well as learn how to play the minigame. The northern part of the area is a safe zone, but the southern part is not safe and allows PVP combat on the PVP worlds.

You can use the following means to get to soul wars: 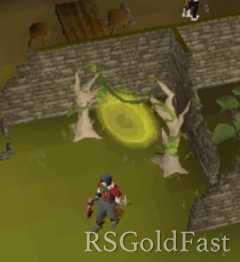 · Combat Bracelet (Teleports you to the monastery near Edgeville)

· Ring of Duelling (Teleports you to Ferox Enclave, where the dungeon and the portal can be accessed)

· Paddewwa Teleport (Teleports you into the Edgeville Dungeon)

These are the official worlds you can play Soul Wars on:

You will need a total level of at least 500, and a combat level of 40 to play this minigame. If you’re a beginner, you must go through the tutorial first to participate in an official game, which can be done by talking to nomad. You cannot bring items such as food, potions, capes, followers or other non-combat items during the tutorial. In any case, if you log out or die during the tutorial, you’ll be spawned back into the soul wars lobby, so there’s nothing to worry about. Each team consists of 10 players, and once the lobby is full with the number on each team, the match will begin. If there are for say, 40 players on the blue team, and 30 on the red team, then only 30 players from the blue team will get into the match.

The objective of his game is to defeat the opposite team’s avatar more number times than they defeat yours. The avatar on team red is called the Avatar of Destruction, and the one of the blue team is called the Avatar of Creation. You’ll have to decrease their damage reduction by gathering soul fragments from monsters around the area and dumping them at the middle where the soul obelisk stands. Also, to do that, your team will first have to get control of the obelisk.

To counter-attack, players can gather bones by killing monsters and burying them at a graveyard to increase the damage reduction of the avatar. This will decrease the chances of your avatar being killed, so it’s a good strategy if you’re playing defence. Capes that are worn in the minigame are to identify the team members, which is useful If you’re in a crowded area like the rival team’s base or the middle of the obelisk. However, you’re forbidden to attack your team members, so you can fight freely. 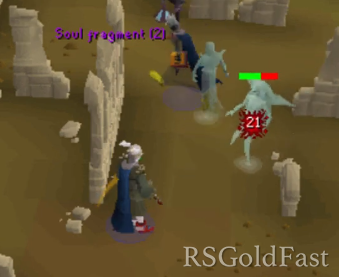 Players also have to maintain their activity bar that can be shown on the screen, as maintaining the bar it will help you earn more zeal’s.

- Kill players, the stronger the opponent, the better.

- Healing teammates by using bandages on them is also a good way to earn points.

- Using soul fragments on the obelisk until the avatar’s reduction is 0%.

- Dealing damage to the rival team’s avatar, and capturing their graveyards also helps.

In a game of soul wars that end in 15 minutes, if your team has reached 5 avatar kills or if the player count drops below half of what the match started with, then the zeal count will be increased by 20% during the game if the team wins. However, it will be decreased by 20% if they lose. The maximum zeal count per game is 60 for a win, 50 for tie and 40 for loss. If you wish to purchase skill experience for Attack, Strength, Defence, Hit Points, Ranged, Magic or Prayer through your zeal’s, you’ll need to have at least level 30 in the chosen skill, and if the level is higher, the experience that is granted will likely be higher as well. There’s no such thing as bonus experience if you spent a bunch of tokens in one go, so it’s pointless to try.

The imbues that can be done from the Nightmare Zone are available here as well. However, if you’ve already imbued your items at the Nightmare Zone before, you cannot un-imbue them at soul wars, you’ll have to do it from the same place where you first imbued your items. For those who aren’t familiar with what imbued items are, they are items that provide extra bonuses and are suffixed with an (I) in front of their name. These can be charged/uncharged, and the points that are consumed to imbue the item can also be refunded upon removing the bonus. If you wish to imbue all the items that are available in the list, it will require a total point of 3,950.

· The first soul wars had a one-game running at a time policy, and the time per match was 20 minutes.

· If a team has reached a total of 10 avatar kills, then the match will end earlier than the given time.

· At first, there was a slayer level requirement to defeat the avatar, which was then replaced with a damage reduction mechanic.

· The creatures that dropped soul fragments were pyre fiends and jellies who were slayer monsters, but they’ve been changed to non-slayer NPCs now.

· The only team that could bury bones in a graveyard and sacrifice soul fragments was the controlling team, but now it has been changed to both teams. However, the other team that is not controlling will only get 1/3rd of the contribution.