The God Wars Dungeon (or ‘GWD’ for short) is a dungeon where armies of various gods fight, left over from the God Wars. One of these armies is the Saradomin force, whose appointed leader is Commander Zilyana. She is one of the only two living representatives of Icyene race in Old School Runescape, the other being half – human half – Icyene Safalaan.

In order to gain access to her chamber within the Saradomin Encampment, you’ll have to kill 40 Saradomin followers throughout the dungeon. To navigate obstacles, players must bring two ropes on their first visit and have a minimum level of 70 Agility to pass through.

Similar to the other God Wars Dungeon bosses, Zilyana roams around a rectangular room with her body guards until a player enters. She has an attack style of melee and magic, which is quite accurate.

If every player in the room leaves, her health and stats will reset.

Each of her bodyguards use different combat style attacks, and can be differentiated by their given names.

You can only enter the God Wars Dungeon, if you meet the following requirements.

· Completion of Death Plateau and the start of Troll Stronghold to the point where you defeat Dad.

· One rope is required to access the God Wars Dungeon for the first time.

· Two ropes are required to navigate Saradomin's Encampment for the first time.

It is also suggested that you have these minimum skill requirements before stepping foot in the dungeon.

Now, as for the equipment’s recommended to fight against Commander Zilyana – I’ll list them at the end of the guide. So, let’s begin with the strategy!

Many players prefer using an Ecumenical key (used to instantly access the boss room) to skip the kill count. Although Saradomin’s kill count is considered to be somewhat quick, this is only partially true if the player has 83 Slayer, as Saradomin’s spiritual warriors and mages are aggressive towards Zamorakian followers.

Commander Zilyana offensively possesses 280 Attack, 196 Strength, 300 Defence, 300 Magic, and 250 Ranged, along with 195+ melee accuracy, +20 melee strength, and +200 magic accuracy. Despite her higher defence level (+100 towards all attack styles), Zilyana is quite easy to damage. Although her max hit is relatively low, with her melee attacks dealing up to 27 damage, and her magic dealing 10-20 damage, she makes up for this with an attack speed of 2. Combined with the massive accuracy bonuses she possesses, this makes fighting her normally extremely dangerous, as the precise attacks and rapid attack speed will cause a swift death for her target. Like Graardor and K'ril however, Zilyana can only use her magic attack when in melee distance. Zilyana possesses three bodyguards; Bree, Growler and Starlight, who use ranged, magic and melee and deal 16, 16 and 15 damage respectively.

Her bodyguards are significantly weaker compared to the other generals', but they still shouldn't be underestimated. 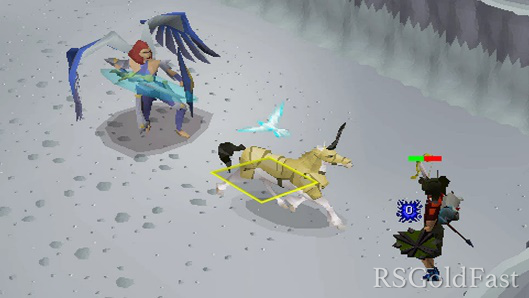 The most commonly accepted method to battle Zilyana is to bring a crossbow with diamond enchanted bolts (normal or dragon, although the latter is stronger) or a twisted bow, as Zilyana has an extremely high Magic level compared to the other generals. Zilyana's chamber is larger than the other generals, which allows for an effective use of kiting. In order to kite successfully, the player will need to bring stamina potions to circumvent the weight of carried equipment. Attack every once in a while, as Zilyana chases after you.

Protect from Magic should be used by default. It is also important to kill everyone in the following order; When Zilyana dies, kill Bree because he will be the only one dealing damage, then Starlight and Finally Growler. You can use the toxic blowpipe to clear the bodyguards, as well as heal. Although, you can kill them in a different order using Blood Barrage, using a blowpipe is more common to simply kill them off. You can bring bones to peaches tablets to restore health at the end of each encounter, as Zilyana and her bodyguards drop bones.

A question that arises is, what happens if you go in as a team? 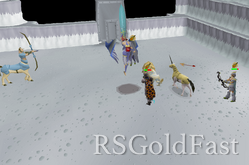 In a team setting, if Zilyana cannot attack her current target, she will change aggression to a nearby attacker. It is important to notice a ‘pause’ in Zilyana’s movement, which will be for a few seconds before she uses her magic attack.

If you’re a melee user, it is recommended that you wear a Verac’s set, as it circumvents Zilyana’s very high defence. Melee users cannot fight back when they are targeted without taking heavy damage, but ranged users can continue to attack so long as they keep their distance through kiting. However, melee users can utilise either the Zamorak godsword’s (ZGS) special attack to allow for easy retreats, or Bandos godsword’s (BGS) special attack to reduce Zilyana’s high defence level. Since the accuracy of godsword special attacks are superior, it makes them the most reliable weapon in this situation.

The recommended equipment’s listed below are in the order of most effective to the least effective (Right – Left).

Good luck taking on Saradomin! And buy cheap & safe runescape gold from us now, more off.