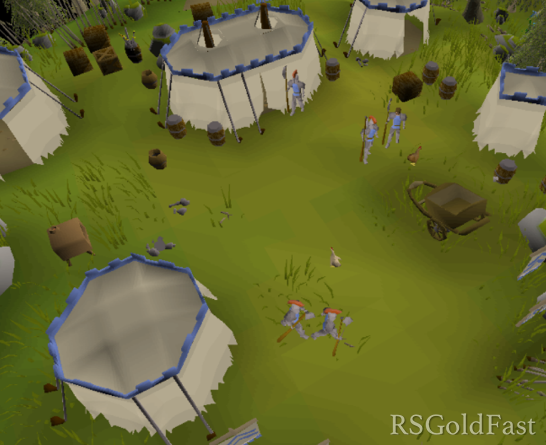 This quest is a continuation of the Plague City quest series, where you’re taken beyond the Well of Voyage, right into a newly discovered realm. You will be tasked by King Lathas to dispose of his brother, and during your journey into the new realm, you will notice yourself surrounded by unique plants, animals, and races. However, once you reach your destination, things aren’t going to be as easy as it appears. So, are you ready to begin this journey? If the answer is yes, then follow the given guide. 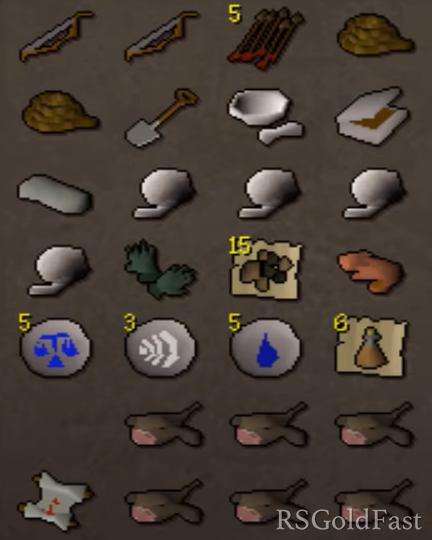 · Limestone (Bricks won’t work, you will need a piece of it using the skill Mining).

· Pot (You can get one during the quest).

· Cooked Rabbit (You can get one during the quest).

· Weight-Reducing Outfit, such as Boots of Lightness and Graceful Clothing.

· Plank (Can be obtained during the quest).

· Summer Pies x3 (To boost your Agility levels, Stamina, and Healing), or Other Food Items.

· Falador/House Teleports (If the house is in Rimmington)

· Axe (To chops logs, on which the rabbit needs to be cooked).

· Coins (To purchase food in the Underground Pass).

· West Ardougne Teleports (To reach the entrance of the Underground Pass).

Before you start the quest, it’s necessary to have the items listed above in your inventory. The reason behind that is if you forget an item, then going back would be a very long way, and that is even if you use teleportation means. Secondly, remember that if you are under level 56 Agility, it is advised that you take a sip or bite from your boosting item once you attempt to pass through the forest. 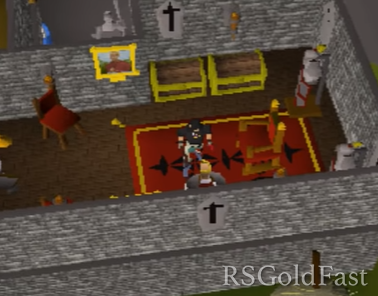 You can start by speaking to King Lathas, who is the king of East Ardougne. He will direct you to the Underground Pass once again that leads to the western darklands. You will also come across some of the king’s scouts once you reach there. Alright, now make your way to Iban’s temple and speak to the NPC named Koftik (if you want food), or else simply climb down the Well of Voyage to get out of the dungeon.

You’re at Tirannwn now, so go a little deep into the forest and wait for an elf to spawn. The elf is named Idris and it may take some time for him to spawn. Once he appears, he will start questioning you about why you are here, but before you can answer, he gets slain by Morvran and Essyllt. After which, they will ask you to speak to Lord Iorwerth, located in the northwest corner of the forest (at a camp).

As you navigate through the forest, you will encounter four types of obstacles:

Dense Forest: You can navigate through it by speaking to an Elf Tracker in the later part of the quest. You will also need 56 Agility to push through.

Leaf Trap: It is a pitfall obstacle that appears in the form of a circle of leaves on the ground. You must click Jump Over beside the trap closest to you, and if you ignore or fail to do so, then you will fall through the trap and lose 15 HP.

Tripwire: During your journey, you will notice two rocks that are connected by a thin wire with four crossbows pointing towards them. You must right-click in between the rocks to step over the trap, because if you ignore or fail to do so, then you will lose 10 HP, as well as being poisoned (constant 2 HP loss).

Stick Trap: It will appear to you as a bunch of sticks lying on the ground. You must click Pass on it to safely avoid it because if you fail, you will lose 8 HP. A good suggestion would be to stand one square in front of the trap and spam-click it to negate the damage or avoid ‘ever’ failing it. 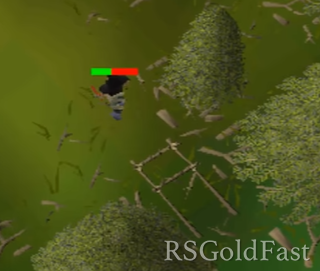 The Iorwerth Camp is in the northwest corner of the forest. For that, you must first exit the Underground Pass, head west, and then south to avoid the Strick Trap. Now, keep heading west until you come across the Leaf Trap (south) and jump over it. After that, head south until you come across pools of water, and from there, turn your direction to the west and cross the Stick Trap. Finally, head onto the northwest path to jump over the Leaf Trap, and then head north to cross the Log Balance and reach the Iorwerth Campsite.

Speak to Lord Iorwerth at the camp, and he will ask you to speak to his tracker once you have mentioned that King Lathas has sent you. Head back down the same path, but change your direction to the south this time when you reach the Stick Trap area. The Elf Tracker can be found at a camp located north of the Poison Waste. He won’t believe your words when you speak to him, so return to the Lord to receive a Crystal Pendant. Speak to the tracker again and he will tell you the location of the Tyras Camp. 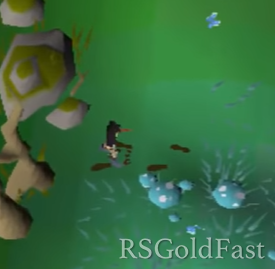 Nearby the dense forest to the west, you will notice footprints that can be interacted with by clicking follow. However, when you do that, nothing will happen, so head back to the tracker and let him know about it. You will now be able to climb through the dense forest with 56 Agility, and you must pass through it six times during the entire quest.

Go west of the tracker to climb through the forest and a Tyras Guard will attack you with a Steel Halberd. You can safe-spot him or use a Protection Prayer to make things easier. If you take too long, he will end up de-spawning and you must trigger his spawn again, or alternatively, you can kill the guard at the camp instead. Once you have defeated any of the mentioned guards, proceed to the Tyras Camp while stepping over the Tripwire that is northwest of the first-mentioned guard. Climb through the forest north and head west to come across the camp, which is south of the Catapult.

Speak to General Hining there and he’ll tell you that you can’t see King Types. So, buy a break from a nearby general store if you’re lacking food supply, and then head back to speak to the Elf Tracker, followed by Lord Iorwerth. 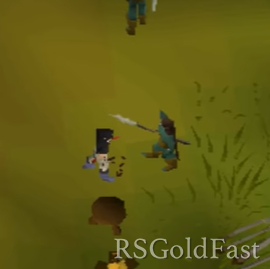 The Lord will hand to you the Big Book O’ Bangs, which will be needed later in the quest (Rimmington). Speak to the lord again to know what items are required to build the explosives, and he’ll mention; Barrel of Coal Tar, Sulphur, and Limestone.

Limestone can either be mined east of the Iorwerth Camp (through the forest), northeast of the elven city, or northeast of Varrock. Head to your preferred location and mine a piece of Limestone. Now, take some barrels from the Iorwerth Camp (at least three) and head back to the Elf Tracker. From there, head south to the Poison Waste and fill your barrels with Coal Tar. Finally, gather Sulphur from beside the Poison Waste Swamp, and then teleport out of Isafdar. 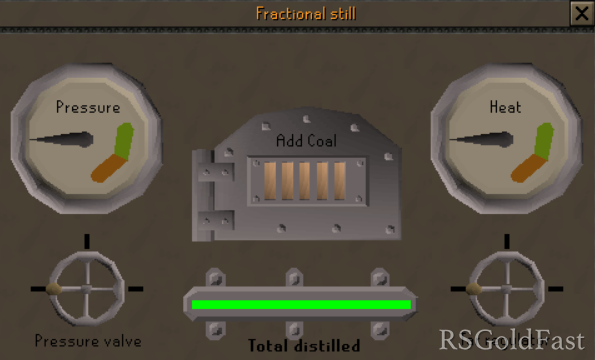 With Big Book O’ Bangs, Barrels of Coal Tar, and 9 Coal/Barrel in your inventory, speak with the chemist residing in Rimmington. Speak to him about the quest and he will permit you to use the distiller. So, start by using the Barrel of Coal Tar on the large distiller outside, followed by turning the valve all the way to the third tick (right). Now wait for the pressure gauge to hit the green zone, and then turn the valve left onto the second tick (middle one) so that the pressure in the green zone can be halted. If it lands in the red zone, you can turn the valve right to release the pressure, and then back to the middle. Add 2 coal pieces, and then another one whenever the heating gauge falls low. Once it’s full, the bar at the bottom should start to turn green, so you must stop adding additional coal pieces and close the window to replace the empty barrel with a Barrel of Naphtha. 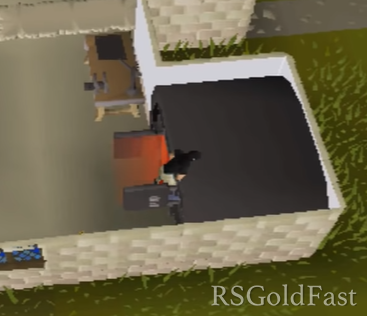 With the appropriate gloves equipped (White Gloves won’t work), use Limestone of a Furnace to obtain Quicklime, followed by grinding it with the help of a Pestle and Mortar, while having an empty pot in your inventory to get a Pot of Quicklime. Now grind the Sulphur using a Pestle and Mortar to make Ground Sulphur, and then use four Balls of Wool on a Loom to make a Strip of Cloth. Finally, add Pot of Quicklime and Ground Sulphur into the Barrel of Naphtha, and then use the Strip of Cloth on it to obtain the final product (Barrel Bomb)

With the Barrel Bomb in your inventory, go through the Underground Pass once again. Also, make sure that you have a Tinderbox on you because you will need it. Kill a Rabbit and cook it by any means possible (If you don’t have an axe to chop logs, you can use the lit fire in the Elven Camp). Head to the Catapult area outside of the Tyras Camp and give the cooked rabbit meat to the guard so that he can be distracted. Now use the Barrel Bomb on the Catapult and use your Tinderbox on it to trigger a cut scene, where you load the barrel onto the Catapult and launch it towards King Tyras’ Camp. Thus, causing the tent to explode.

Head back to Lord Iorwerth to receive a letter that needs to be taken to King Lathas for access to the overground pass of Arandar. On the way to the lord, an elf named Arianwyn will break the magic seal of the letter and ask you to read it. You will learn that King Tyras wasn’t the main villain (antagonist) of this quest, and it was his brother, King Lathas, who serves the Dark Lord in the hopes of reclaiming Camelot. Finally, give the letter to King Lathas to complete the quest! And buy cheap OSRS gold, runescape 3 gold, rs2007 Infernal Cape and more on RSGoldFast.com, great trading here.