​OSRS In Search of the Myreque Guide 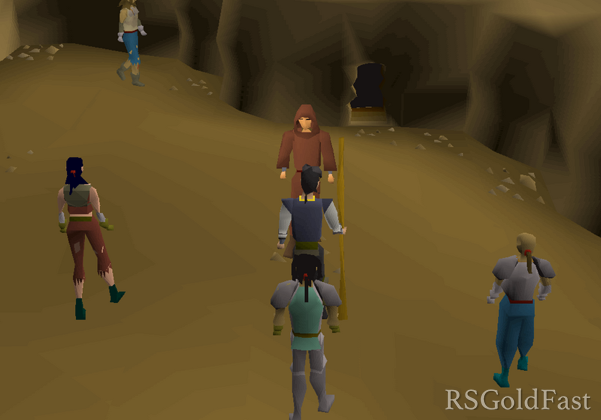 Welcome to our quest guide for the Old School RuneScape quest of In Search of the Myreque. This quest is quite a lovely one with a difficulty of intermediate, and better yet, is rated as having a short official length.

If you’re stuck on any part of the quest or would like a quick rundown of the quest, you’ve come to the right guide. We’ll also explore the rewards that you can expect to receive from this quest in its entirety.

Without further ado, let’s proceed to the requirements to embark on this quest.

As far as skill requirements go, you will need 25 Agility, but you can boost this up. Still, 25 Agility isn’t the hardest thing to achieve. Further, you will need to defeat a level 97 Skeleton Hellhound, but this can be safespotted.

You must have completed Nature Spirit, which itself has the prerequisites of Priest in Peril and The Restless Ghost (the latter being laughably easy).

Having 43 Prayer does unlock Protect from Melee, which will ensure you receive zero damage throughout the boss fight.

As for the items you need, here’s the list:

· You need one of all of the following: steel longsword, steel mace, steel warhammer, and a steel dagger.

· You will need two steel swords.

· A Druid pouch, which has, at minimum 5 charges. You can bring a blessed Silver sickle from Nature Spirit to fill your druid pouch via collecting fungi.

· Combat gear: the exact type doesn’t matter. Remember, you are facing a level 97 Skeleton Hellhound. It can be safespotted, so any element of the combat triangle will suffice. You can further protect yourself by having prayer potions at level 43+ Prayer, that allows Protect from Melee. Bring food, if you need it, depending on your combat level. It’s always better to be over-prepared than not prepared at all.

· A Dramen/Lunar staff is recommended for fairy ring teleports, otherwise, traverse to Canifis through alternative/regular means.

If you’re an Ironman, and are struggling with all the steel items, remember that you can buy some of the weapons from a shop. Furthermore, you need precisely 9 steel bars (less if you buy some items) to create the items from scratch. You will need at least level 39 Smithing, but again, this entire paragraph is only applicable to Ironmen characters.

This quest is relatively straightforward, with it being shorter than most other quests.

To start it, head to Canifis’ pub - the easiest way to access Canifis is using fairy ring CKS. Close to the stairs, you’ll see Vanstrom Klause, proceed to use dialogue option 1 followed by 4. Now, ensure your druid pouch is filled with at least 5 charges.

Then head to Mort’ton. To get there, use the Mort’ton teleport tablet/spell a Barrows teleport, or a minigame teleport to Shades of Mort’ton. You can also run if you must.

East of Mort’ton, you’ll see a NPC named Cyreg Paddlehorn near the boat. Use the following dialogue options: 2,2, 3,3, and 1.

Onboard the boat, with your filled druid pouch. Head north, proceed to climb the bridge that consists of tree ropes and repair it using the nails and such you brought. Continue on the current trajectory, and speak to Curpile Fyod. You will have to give some answers to certain questions, and the spelling must be exact. Here all the possibilities to this quiz:

·  What does Myreque mean? It means Hidden in Myre.

· Who is the youngest member of the Myreque? Ivan Strom.

· What family is rumoured to rule over Morytania? The family is known as ‘Drakan’.

· Who is the only female in the Myreque? Sani Piliu.

· What is the boatman's name? Cyreg Paddlehorn, of course, you talked to him less than ten minutes ago!

The answers must be exact, no alteration nor variation is acceptable. Otherwise, this 8 question quiz isn’t difficult whatsoever. After you pass, continue north and enter through the wooden doors. You’ll see a cave, enter it, and speak to Veliaf. Then speak to all of the other NPCs. 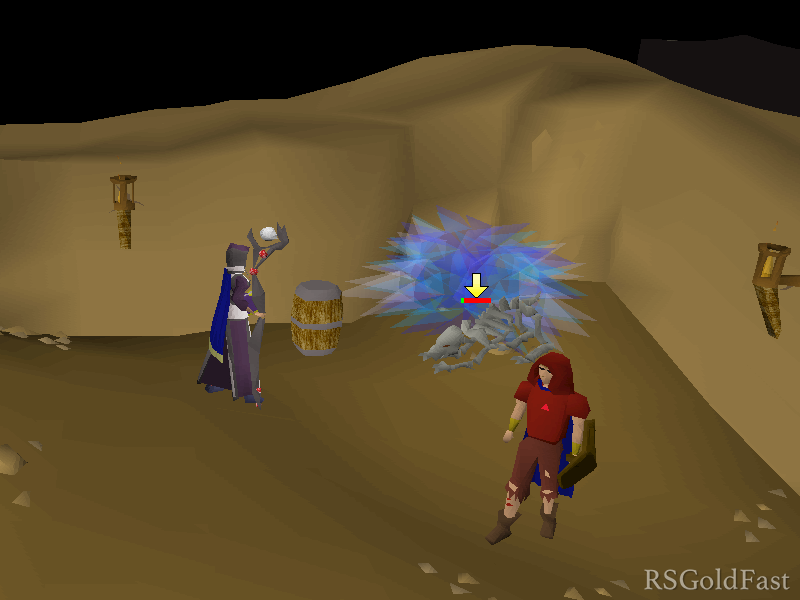 At this point: prepare for combat. Use your Protect from Melee if you need to. The safespot for the level 97 Skeleton Hellhound is demonstrated here:

You’re basically entrapping the hellhound at the downward incline with the barrel in the corner of the cavern. However, you aren’t forced to safespot it. It’s perfectly feasible to kill it using any method if you have a viable combat level. You could even just use prayer potions and Protect from Melee, and likely, you’d kill it without needing to safespot.

Then speak to Veliaf again, using the third dialogue option twice in a row. Enter the cave and use the search option on the wall north. Head north and climb up the ladder, and then go back to the Canifis pub where you started the quest. You’ll notice a stranger being where you originally found Vanstrom Klause, talk to him. After the conversation is finished, you’ve completed the quest! 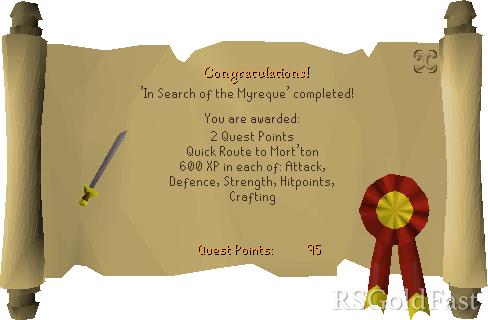 The biggest reward from this quest is the quick route to Mort’ton and access to In Aid of the Myreque. You’re effectively continuing a quest line: this is no independent one-off quest with small rewards, it does lead to a lot more.

Mort’ton is quite the remote location to access, and the teleport scroll costs up to 20,000 OSRS gold at the Grand Exchange (rates fluctuate, of course), which is far too much. Hence, the quicker route is worth bearing in mind anytime you need to access Mort’ton.

You’ll also receive two quest points, and 2 uncut rubies, and 4 big bones from the boss. You’ll also gain 600 experience in all of the following: Attack, Defence, Strength, Crafting, and Hitpoints.