OSRS Guardians of the Rift Overview 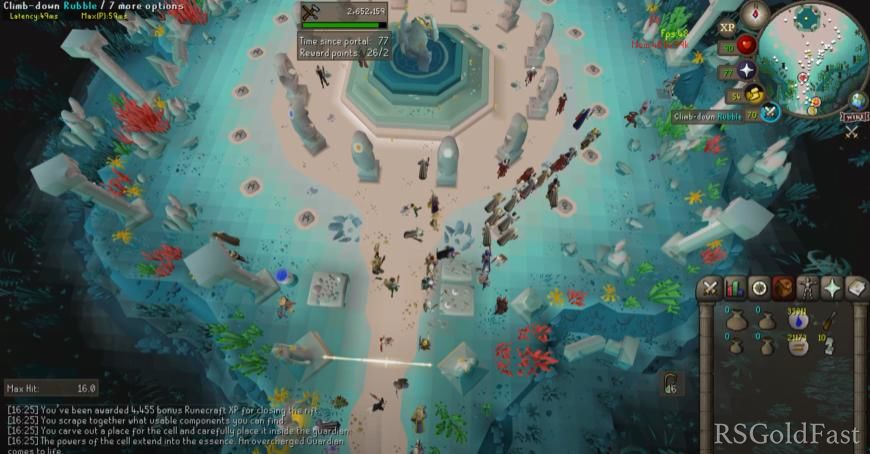 Guardians of the Rift is a newly released non-combat minigame located within the Temple of the Eye. The main objective is to help the Great Guardian close a rift that leads to ‘The Scar,’ which is known as the most dreadful place in the Abyssal Space. You need to supply the Great Guardian with magical stones while also protecting him from the creatures that are entering from the Abyssal Rift. 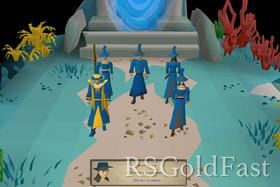 The only requirements to participate in this minigame are the completion of the ‘Temple of the Eye’ quest and level 27 in Rune Crafting.

The portal to reach the Guardians of the Rift minigame is located in the basement of the Wizards’ Tower. You can get there by using the Grouping teleport, Necklace of Passage teleport (Wizards’ Tower), Fairy Ring network (code: D*I*S), or Amulet of Glory (Draynor Village – walk South).

Mechanics of the Game 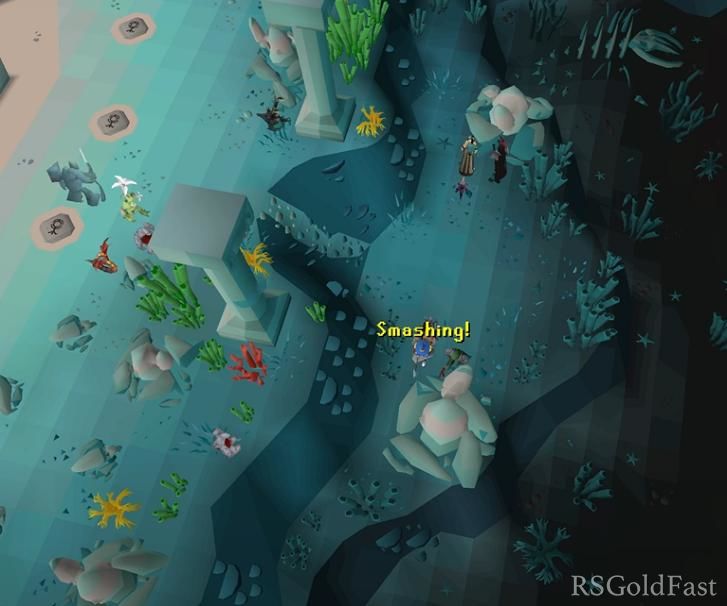 You’ll need to do the following tasks during the match:

· Imbue Essence at the Runic Altars to increase the Great Guardian’s power.

· Create Catalytic and Elemental Guardians to fight against the Abyssal Creatures.

· Create barriers to keep the Abyssal Creatures away from the Great Guardian. 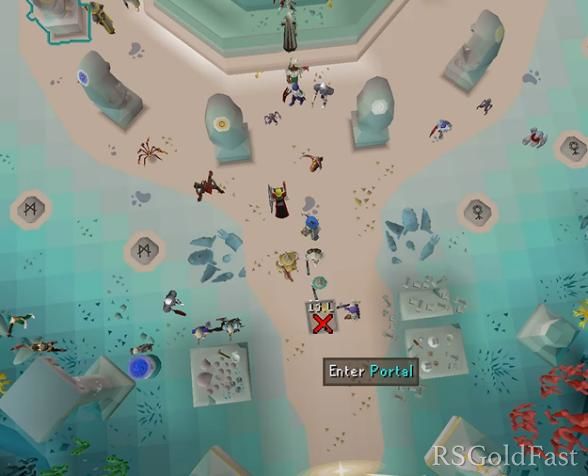 You’ll need to acquire Guardian Fragments to imbue the essence and create Rift Guardians. These fragments can be mined from remains within the temple. There are a total of three mining nodes; Guardian Remains, Guardian Parts and Large Guardian Remains.

Normal remains and parts can be found in the edges, while the larger remains can be found past the mid-eastern rubbles; however, you need 56 Agility to access the area.

The remains that give Guardian Essence can be found in the mid-western part of the temple. The area is inaccessible, but there are portals that spawn every now and then to take you there.

You can utilize Mining Enhancers like the Varrock Armor or charged Celestial Rings while mining fragments within the temple.

The Guardian Fragments that are converted into Guardian Essene; are stored within the ‘Essence Pouches.’ These pouches can later be taken to the Runic Altars through Portal Guardians at the centre of the temple.

You’ll only find two active portals: the Catalytic and Elemental Portals. You’ll need the same Rune Crafting level as what is required when you normally craft them at an altar. 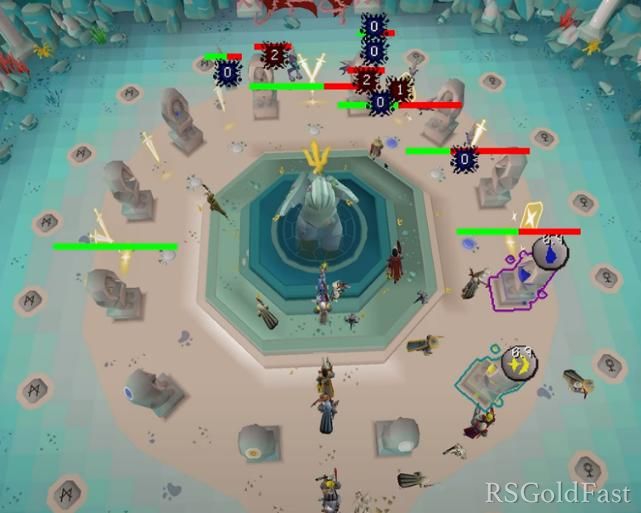 There’s also a chance to obtain a Portal Talisman which can be utilized on the Portal Guardians to teleport back to the previously used Runic Altar. This can be done even if the portal is closed.

Once you imbue the essence into a Catalytic or Elemental variant stone, you need to return back to the temple and help the Great Guardian increase its power. Every stone gives two energy points, and if you’re crafting Combination Runes, then you’ll acquire Poly-Elemental Guardian Stones which grant three energy points. 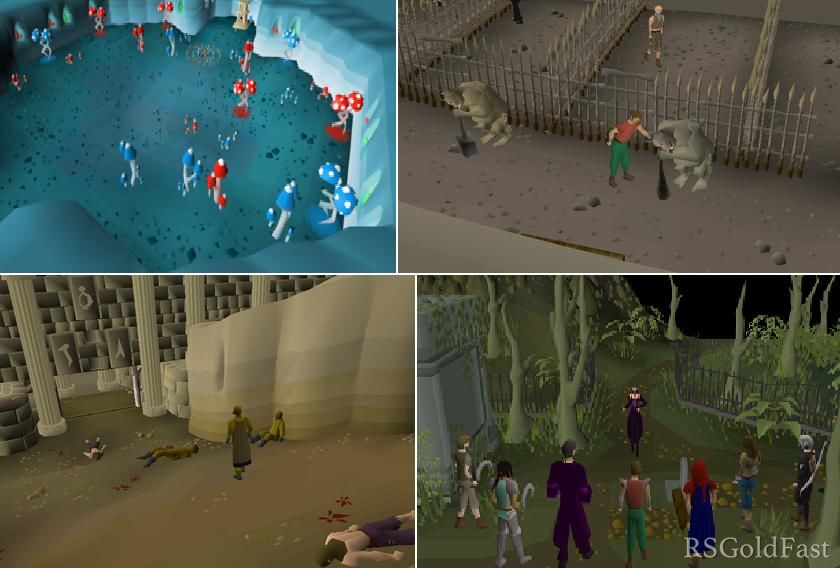 You can utilize Charged Cells to make barriers and Rift Guardians. The Uncharged Cells can be acquired from a container beside the entry barrier. These cells are charged the exact same way as the Guardian Essence; however, you can only hold ten Uncharged Cells and have only one Charged Cell at a given time. 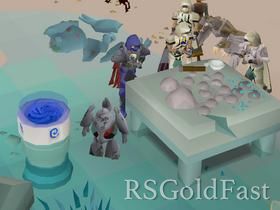 You can create Rift Guardians using a Chisel on the essence piles south. If you’re opting for Catalytic then head west, or else head east to make Elemental Rift Guardians. Also, you can only activate ten guardians at once.

To make barriers, you’ll need to use Charged Cells on the tiles in the front-center area. You can use increasingly higher tiers of the cells in order, which in return will strengthen the barriers. If you utilize lesser Charged Cells, then you need to reinforce the barriers. Finally, if a barrier breaks, you will have to repair the tile using ten Guardian Essence.

The strength of the cell depends on the Rune Crafting level of the altar it is charged through.

You can gain energy by using Guardian Stones on the Great Guardian, repairing a barrier, or using Charged Cells. Every cell can be used in four different ways: recharging a barrier, strengthening a barrier, creating a guardian, or building a barrier.

Higher cells grant better energy, but not while building barriers as they always give only two energy points. If you use the cells on barriers, you’ll get equal energy in Catalytic and Elemental; however, creating a guardian will only give energy to the matching type of the guardian. Also, you get 2x+1 energy while making a guardian. The ‘x’ acts as the energy awarded for strengthening a barrier through the same cell.

Phases of the Battle 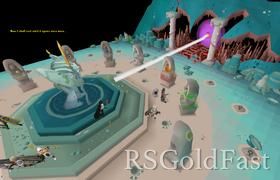 You can only join the game within the first 120 seconds on the clock because after that the Altar Portal will open and enemies will start spawning.

The minigame has three phases:

· The first phase gives you two minutes to prepare by acquiring Uncharted Cells and Guardian Essence.

· The second phase begins spawning Abyssal Creatures like Abyssal Guardians and Leeches from the rift.

· The third phase is when the guardian reaches 60% charge because that’s when the rift starts to glow and damages the active barriers while spawning additional creatures.

Finally, once the guardian reaches 100% charge, he’ll close the rift and the game will end.

What are the Rewards?

After the game ends, you’ll get Catalytic and Elemental Points, which can later be used to search the Rewards Guardian outside the rift gate. One point is given for every 100-energy acquired during the game.