Nobody seems to know what Awowogei’s favourite food is and he needs it. You should head over to him in his palace and talk to him. 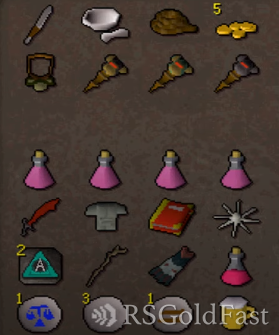 Gorilla GreeGree (Obtainable during the quest)

Money Nuts or 3 gold coins to buy from the stall.

The easiest and fastest way to get to the ape atoll is through the fairy ring (c*l*r) which will lead you directly to the middle of the agility course. If you already have a Ninja GreeGree on you, equip it and complete the agility course or else simply attempt the rope part as a human. This will result in you falling and ending up in the jail where you can equip a different GreeGree, pick lock the cell door and leave. An alternate way is by going to the 2nd floor of the grand tree and speaking to Daero.

In order to obtain the three required GreeGrees, you must bring a monkey talisman along with you, as well as the respective bones to Zooknock who is located at the end of the ape atoll dungeon. The talisman can be purchased from the NPC tutab on the ape atoll for 1,000 gold coins.

Once you’ve reached ape atoll, head north with a GreeGree equipped and pass the through the gates. Now, kill a money guard and take his ones, these guards are located near the prayer altar of the ape atoll and make sure that you sure ranged or magic to kill them while safe-spotting from a distance. You can also use melee, but the guards will just heal their hit points when it reaches low, so you’ll need high melee damage to kill him. The location for safe-spotting is in the north-eastern corner of the building, just behind the fire or to the south just behind the ladder.

You will now need a Ninja GreeGree, and to obtain that you’ll have to head north of the bank icon that will be visible on the mini-map. This is where you’ll find to ninja monkeys, and to kill them you’ll need to use the prayer ‘protect from range’ or just safe-spot by standing where the tall grass is located. Once you’ve obtained the ninja monkey bones, make your way to the ape atoll dungeon entrance which is on the south side of the island and kill a zombie monkey. Be careful as the dungeon is filled with various traps and poisonous spiders. 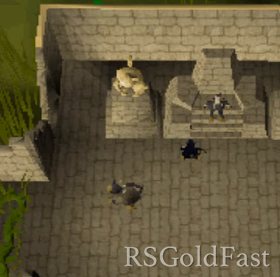 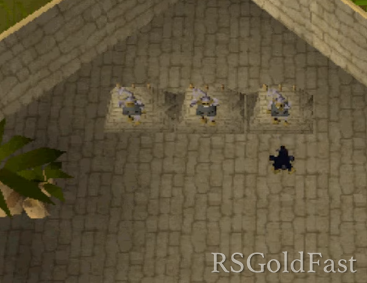 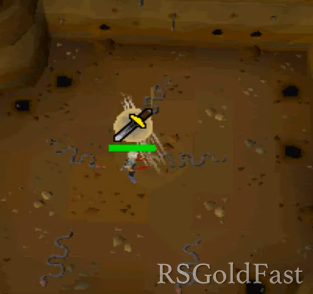 When you have all the three bones and talismans, speak to Zooknock at the end of the dungeon and confirm that you want to make another GreeGree. After that, go back and buy monkey nuts and a banana if you don’t already have one, also make sure that you’re equipped your monkey speak amulet and GreeGree.

Now, to start the quest, go to the castle and speak to Awowogei about his favourite food and he’ll refuse to tell you, but at the same time, he’ll mention the three monkeys at the temple. The temple is located north of Awowogei in the corner of the ground floor. Speak to them and they’ll tell you to stuff the corpse of a big snake with banana slices and paste made from monkey nuts. Mixing normal nuts and a banana won’t do as the guards will tell you that the real ingredients are red banana and tchiki monkey nuts.

Before you head out, make sure to talk to all 3 of the monkeys or the tree with the red banana will not spawn.

You can find the big snakes east of the island in the large hole in the ground. Enter the cave and you’ll find 5 big snakes. It is recommended that you protect from melee as they hit hard and are poisonous. Kill a snake and pick its corpse, however you should kill and pick a few as the corpse may accidentally burn.

Return to the city of the ape atoll and head north-west coast of the island (south-west of the gnome glider) to find the red banana tree. Use your rope on the tree to get a banana, if you don’t have one, it can be obtained from the general store. Slice the banana to get sliced banana pieces.

Now, wield your GreeGree and make your way to the south part of the city which is where the agility course starts. Once you’re over the bridge, go south-west near the cliff to enter the course. Continue the course until you reach the broken hut, which is where you can go down and pick some tichiki monkey nuts. Turn the nuts into a paste using pestle and mortar, and then use it on the other items to create a raw stuffed snake. 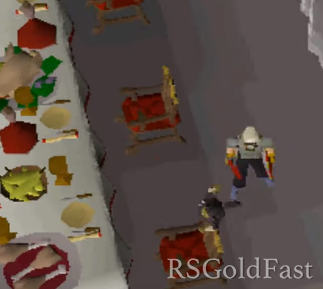 Don’t use the banana and nuts without slicing/grinding them or else the item ‘odd stuffed snake’ will be created.

Go back to the temple, down the trap door that is protected by gorillas and then down again from one of the ramps. You will find a crack in between the wall, go through it and you will see a patch of hot coals where you’ll have to equip your zombie GreeGree or else the hot coals will prevent you from making it to the other side. Once you’re on the other side, go to the long rock and cook the snake on it. In the end, go back to the Lumbridge Castle and use the snake on Awowogei to complete the quest.

Thank you for reading, if you want to get more OSRS Gold quickly, go to RSGoldFast.com.