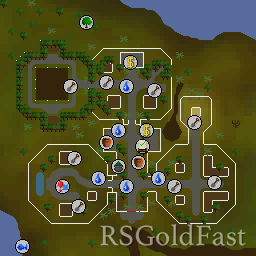 A members-only area that is located within the Kebos Lowlands. To be precise, you can simply walk north of the Kebos Swamp to find the Farming Guild. It’s basically a large greenhouse that is separated into three different tiers, and each of these tiers requires an advancing Farming level to access. You need at least 45 Farming to enter the guild, along with 60% Hosidius Favour.

The founding member of the guild is Jane, who herself is the guild master. She found with along with her fellow Hosidius farmers right after the Shayzien army dealt with the Lizardmen wandering around in that area. Thanks to the heat that falls upon the guild from Mount Karuulm, the area is able to grow floras (Hespori and Celastrus Tree) in Great Kourend’s environment.

You can use a Skills Necklace to directly delete within the guild, but that is if you have 45+ Farming and 60% Hosidius Favour. You can use the Farming Skill Cape to teleport to the guild. You can cast the Battlefront Teleport or utilize a Magic Tablet, and then run west to reach there.

You can travel to Mount Karuulm through the Fairy Ring Network (C*I*R), and then head southwest. If you have 85+ Farming, then you can plant an advanced tier Spirit Tree to use its teleportation system. Lastly, you can use Rada’s Blessing 3 or 4 that is obtained after the completion of Kourend & Kebos Diary (Hard & Elite). Using Rada’s Blessing you can teleport to Mount Karuulm, and then run southwest towards the guild. 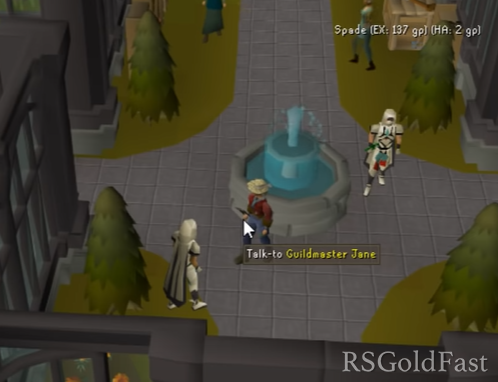 The crops grown within the guild need to be rotated frequently so that the soil doesn’t start to lack nutrients. So, Guild Master Janes assigns Farming Contracts to grow certain crops for rotations. Upon completion of the contract, you will be rewarded with Speed Packs that contain various seeds, such as Hespori, Redwood, and Celastrus seeds.

The contracts are available in three different tiers, with each of them being restricted depending upon your Farming level. You can always utilize boosts to accept contracts that are above your existing level.

The first tier comprises the main area and east wing. You’ll need 45 Farming to enter. You will find four volumes of Gielinor’s Flora, which is a book series containing detailed information on various flora in RuneScape. Volume 1 is located inside the crate nearby the flower patches, and the other 3 on the shelves are located in the central area.

Nearby the entrance, you will find Guild Master Jane, who assigns farming contracts. You can find a bank and a seed vault here, where most of your seeds and saplings can be stored while farming. Besides that, there are three shops: Amelia’s Seed Shop, Garden Centre Shop, and Allanna’s Farming Shop. 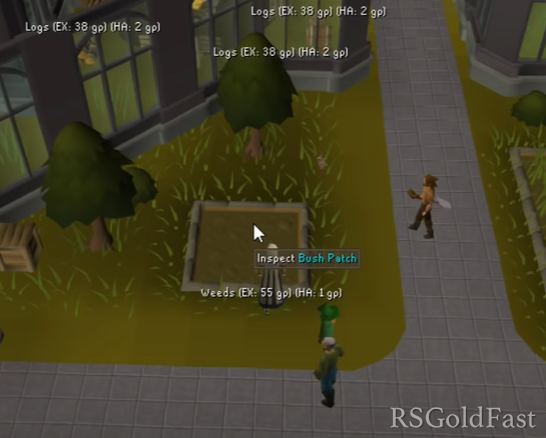 You can find the following patches here – Cactus Patch, 2 Allotment Patches, Flower Patch, and Bush Patch. There’s Alan, who looks after the Allotment and Bush Patches, and a Tool Leprechaun for Farming tools.

You can find a Big Compost Bin that is used to make and store 30 Compost Buckets. Converting the bin from Normal to Super Compost required a dose of Compost Potion, and converting Super Compost to Ultra required two times the normal amount of Volcanic Ash. Besides that, there’s a Master Farmer here that you can pickpocket, and a Ruby Harvest that you can catch.

You can access the second-tier west wing with 65+ Farming, which is also boostable. You’ll find the following patches here – Herb, Tree, Hespori, and Anima Patch. There’s Rosie, who looks after the Tree Patch, and a Tool Leprechaun for additional Farming tools. 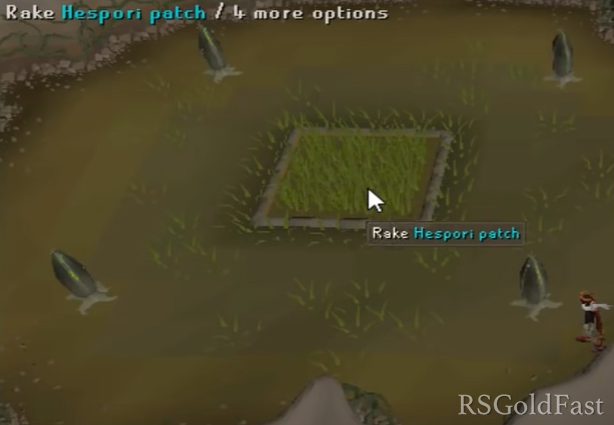 You can access these patches through the cave entrance. It’s where you need to plant your Hespori Seeds at level 65+ Farming and harvest them. There’s a random chance to obtain the seeds while harvesting throughout RuneScape or completing Farming Contracts. These plants don’t need to be watered, composted, or protected because they cannot become diseased.

After the patch has fully grown, the Hespori can be fought against and killed. Doing so, you’ll be granted with Farming exp and seeds that include Anima and White Lily. There’s also a chance for it to drop Bottomless Compost Bucket that holds 10,000 compose of any kind. You can double any compost once added to it. Other than that, there’s also a chance to get the Tangleroot pet. 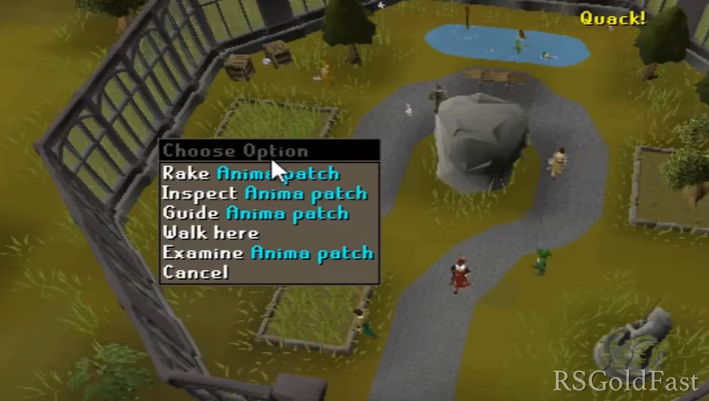 Access to Anima Patch requires 75 Farming, and it is the area where you can plant Anima Seeds that is only dropped by Hesporis. You can speak to the NPC called Felfiz Yaryus to know about its effects. Unlike the other seeds in the game, these seeds turn active as soon as they are planted; however, they slowly wither and die through different stages. They last for about 3.5 days, and you need to plant them again to restore their benefits.

Planting an Anima Seed in these patches has a worldwide effect on every Farming patch throughout the game. There are three different types of Anima Seeds – Attas increases the yield of the patches, Tasor decreases the chance of the patches being diseased, and Kronos provides a chance for the patches to skip a growth stage.

The 3rd tier requires 85 Farming to enter, and it comprises the north wing of the guild. You can find a second bank here, which is right next to a fountain and a Tool Leprechaun. You can always use a boost to enter the area if you’re a few levels below. The farmers in the area will take care of all your patches.

You can find the last volume of Gielinor’s Flora in the crate near the Celastrus patch. Other than that, there’s a Master Farmer for you to pickpocket, a Black Warlock butterfly that you can catch, and a Sleeping Cat to simply pet.

Useful? Tell us, thank you. And buy cheap OSRS Gold & Items from RSGoldFast.com, get so fast & safe, have a good time.