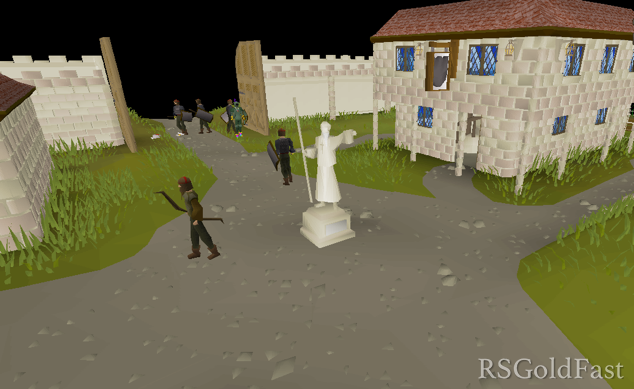 Looking for help with some certain aspect of the Falador diary in Old School RuneScape? Luckily, we can guide you through the whole diary process!

Completing diaries usually offer excellent rewards. Later in the game, the diary rewards prove essential for certain bosses and the like.

If you’ve never done a diary at all before in Old School RuneScape, the concept is simpler than you might think. It’s essentially a list of tasks that you need to do, separated into different tiers. You can do any task, at any point within the game. You might find yourself inadvertently having completed a task, which every little helps.

The tiers for every diary are as follows:

How do I claim my rewards?

Each diary has a different reward claim spot. The important thing to understand is you must have completed all the previous diary tiers to claim their rewards for your current tier. Obviously, without completing all the tasks in the current tier, there’s no rewards you can claim. If you’ve completed a harder tier but not a previous one, you shouldn’t find it difficult to conquer an easier tier.

To claim your rewards once you’ve completed a specific tier, visit Sir Rebral. He’s located in the courtyard of the castle, roaming around the grass usually. The diagram attached will give you an outline of his location, just remember he’s outside: not on the top floor or anything like that.

What are the tasks involved?

To track the tasks you’ve not yet completed, change the quest tab overview to the diary view.

You should be able to easily complete the easy diary. You only require 5 Agility, 10 Mining, 13 Smithing, and 16 Construction. You’ll need roughly 2,000 coins and will need to embark on The Knight’s Sword and Doric’s Quest.

As with any diary, the easy diary serves as an introduction to the whole process. One of the tasks is as leisurely as getting a haircut! Another is taking the boat to Entrana, which may introduce you to the island for the first time. If you’ve not come across the island, note that you cannot bring any weapons or armour. As there are no combat activities involved in the entirety of the easy diary, you can do the entire tier without any equipment. Graceful gear would help if you have it, as well. You can expect to complete the diary in way less than an hour as long as you’re quick unless you need to train some skills a little.

A general note is that if you’re ever lacking skills, pursuing questing usually provides a faster route than skilling at lower levels. 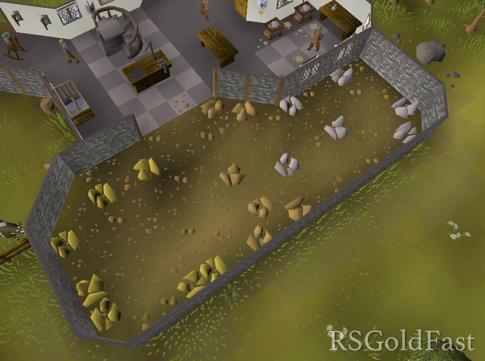 At the medium level, the diary highly picks up with 14 tasks. You will need the following skills:

· 42 Agility (grappling up the north Falador wall only requires 11 Agility, but squeezing through the Dwarven Mines requires 42 Agility).

The Hard tasks don’t overwhelm you in quantity, going from 14 tasks to 11 tasks. However, the skill barrier certainly spikes up here. You’ll need 56 Runecrafting, 50 Agility & Thieving, 50 Defence, 72 Slayer, and 70 Prayer. You’ll also need to enter the esteemed warriors guild (where you can gain items like your dragon defender), which requires a 130 combined level in strength or attack. Bear in mind, you can also have 99 in either strength or attack as an alternative, but the combined level is by far easier to achieve. 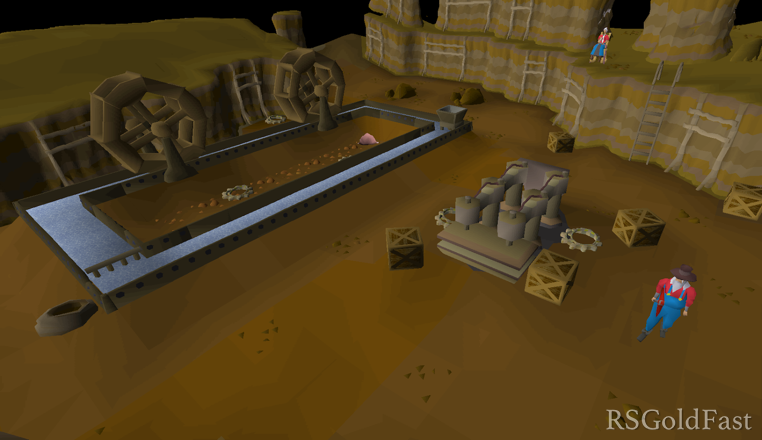 The tasks themselves aren’t so difficult. However, one of them includes basically ‘completing’ Motherlode’s Mine - wearing full prospectors gear. This gear is something you actually should always strive after, despite the diary, because it provides a considerably nice mining experience boost. This saves you time in the long-run, and in the short-term, you make a nice little profit. You will have to put a number of hours in to achieve enough points to gain full prospectors. You can easily expect to spend over 10 hours doing the minigame. Of course, the higher level you are upon entering the Motherlode Mine, the quicker you can gain the gear, as you’ll mine in the motherlode faster. Having Graceful gear for this activity is practically necessary. If you find yourself taking too long in this minigame, level up your mining through drop mining and then return.

The quest requirements aren’t too hefty. Slug Menace is a relatively easy quest, but you also have Grim Tales and Heroes’ Quest. By far, the completion of Motherlode’s Mine will take up the most time.

There are only six tasks you have to worry about, which is actually quite the relief for an Elite diary. Although, you must not forget, you cannot claim the rewards from Elite unless you’ve already completed all of the easy, medium, and hard tasks.

One of the tasks involves you having to have slain, at minimum, 1,300 Black Knights. That’s in addition to having completed the Wanted quest. You will also need 88 Runecrafting for another task. The other notable requirements are 75 Woodcutting, 80 Agility, 81 Herblore, and 91 Farming.

The most difficult task is having the Cape of Accomplishment or Quest point cape. This is because the task requires you to perform either of the emotes that are exclusively unlocked by having these capes. So, you’ve got to have at least one skill at level 99, alternatively you must have at least 277 Quest points for the quest point cape. The former is far easier in terms of time- wise, even though technically, experience-wise, 92 is half of 99. Don’t forget that certain skills can be levelled at a far faster rate with more expensive methods, such as Construction and Prayer. You can get 99 in these skills from level 1 within days, providing you have the funding. It doesn’t quite work the same for something like Runecrafting.

The rewards are quite numerous. The most notable reward is actually the Falador Shield 3 or 4, as it has a mole locator. Without the mole locator, the Giant Mole becomes very time consuming to kill, as it digs into the ground and reappears anywhere within its cavern.  The Falador Shield can also provide some prayer restoration on a daily basis.

From the medium diary, you’ll gain more experience in the Falador farming patch. So, if you’re training farming, it’s worth routing in that patch. Another Farming reward example is at the Elite level, the Falador tree patch becomes immune to disease, meaning you can leave it indefinitely and no longer have to treat it. The rewards for the hard tier also give you noted drops at the Giant Mole, so this boss actually becomes incredibly lucrative. And, you finally unlock the bank chest at the Crafting Guild!

As you can tell, the rewards are numerous! Whether you’re pursuing this diary as a completionist or for the rewards, we wish you the best of luck. And OSRS Gold for sale - RSgoldfast Stroe is the best place, enjoy here.