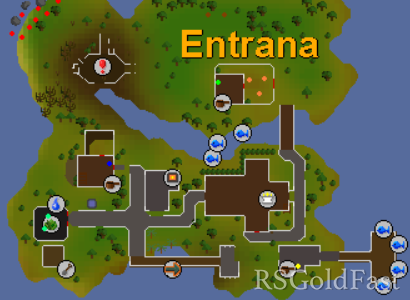 A plot is being developed against the clergy of Entrana, along with the return of Zaros, the divine aspect of darkness and a forgotten god of Gielinor. In this quest, you have the help a poor lowly monk who needs your assistance to make his dream come true.

All of the above skills can be boosted to meet the requirements for the quest.

· An Amulet of Glory or Paddewwa Teleports 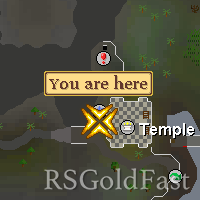 To start this quest, you’ll have to talk to the monk who located just outside Paterdomus (The temple you encounter during ‘Priest in Peril’ quest), the temple on the Salve River. As it is located just east of Varrock, you can either get there by teleporting to the Dig site and walking east, Lumberyard teleport or by heading west from Morytania (Fairy Ring Code c*k*s). Talk to the monk and he’ll want you to make him a bow-sword so that he can have a stronger weapon to secure more victories for a certain group of warriors.

To make the following bow-sword, you’ll need to take a mithril 2h sword to Doric’s house, who is located just north of Falador, and use the sword on the whetstone inside the house to make a slender blade. Once you have the blade, attach a bowstring to it and you’ll make the bow-sword.

After you deliver the bow-sword, the monk will ask you for one more small favour. Your character may respond thinking that this is familiar, which is probably a reference to the One Small Favour quest even though you get the same dialogue without having the quest done or started. 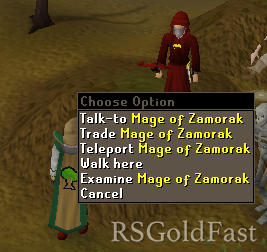 Now, head back to the monk and hand the sword over to him. Even though he is grateful to you, he will need another favour. The monk will mention about a special ceremony that is going to be held on the island of Entrana and will ask you to give them a special present from his side to mark the occasion. He will then hand you an orb to deliver to the church that is in Entrana, But the twist is that you’ll have to sneak into the church and be seen entering the island as the present is supposed to be a surprise. The monk will then advise you to use the law altar in the Abyss to get to the location and will want you to keep the orb in a vessel so that it doesn’t get damaged from the realm. Now, to hide the orb, you’ll need a large pouch which will then turn into an item called ‘Illuminated large pouch’. This pouch can be obtained from the NPC’s that walk around in the Abyss and does not require a rune crafting level for it to be dropped, but is required if you wish to use it.

You will need to have the pouches below for the large pouch to be dropped. For example: - Small Pouch < Medium Pouch < Large Pouch < Giant Pouch. You’ll need small and medium first, to obtain the large one.

In case you wish to enter Entrana, the only way possible is through the Abyss. If you try any other way like the balloons or Port Sarim, you will be asked about the items that you’re carrying and will be cut off.You definitely cannot bring any weapons or amour as they’re not allowed in Entrana, so remember to bank them all before entering the Abyss.

You can enter the Abyss by talking to the Mage of Zamorak, who stands in the wilderness, next to the point where the River Lum goes underground (North of Edgeville). Once you’re in the Abyss, make your way to the law altar, and then make your way into Entrana.

If the pouch that you are carrying is degraded, then your access to Entrana will be denied. You can repair the pouch by talking to the Dark Mage in the Abyss.

Let’s start with the final part of the guide. When you’ve reached Entrana, head to the church which is at the heart of the island and use your pouch on the altar. A cut scene will begin where you’ll see monks walking towards the altar for the ceremony, with one of them holding a mysterious relic. In the next scene, an assassin suddenly teleports in, kills the monks and steals the relic. It then hits your mind that the orb you were given to deliver, was an ancient teleporting device which allowed the assassin to sneak into the holy island without any difficulties.

Once the cut scene ends, talk to the High Priest there and let him know everything that had happened. He’ll forgive you as it wasn’t your fault for being deceived and will ask you to head back to the monk at Paterdomus to investigate more about the situation.

When you head back to the monk’s location, you’ll notice that he’s gone and has been replaced by a dead monk’s body. Search the body and it’ll reveal that it is not the same person you spoke to earlier. Now, go back to Entrana and speak with the High Priest again (You can now travel with any means of transport). After listening to the whole situation, the priest will ask you to talk to Sir Tiffy Cashien at the Falador park, who will be sitting on a bench. Talk to him and tell him about what has happened. He will be confused as well and will promise you to investigate with his Temple Knights’ resources.

Thank you for reading on RSgoldfast.com, buying osrs gold from us now, get more gold so easy.