The owner of the castle north-east of Canifis named Dr Fenkenstrain requires an assistant who can do his dark work for him. You will have to be his assistant and try your level best to uncover the truth about his castle. 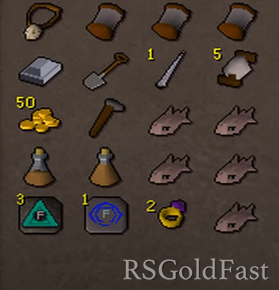 · Holy Symbol (To be safe against the Feral Vampyres).

· Two Ecto Tokens (To access the furnace) or Gold Coins for a Charter Ship.

· Amulet of Glory (To get to Edgeville).

To start the quest, first ready the signpost that is located in Canifis and then make your way to Fenkenstrain’s castle. Talk to him and he’ll start to interview you by asking you to describe yourself in one word. The answer to this is “Braindead”, and when he asks you what your best skill is, answer “Grave-Digging”. He will then be satisfied and hire you as his assistant, while giving you a mission to retrieve five body parts for him; (the order doesn’t matter) Decapitated head, Pickled brain, Torso, Arms and Legs. Just before you leave the castle, and to avoid multiple trips, head upstairs and search both the east & west bookcases to obtain “The joy of grave digging” and “Handy maggot avoidance techniques” titled books.

Now, wear your ghost speak amulet and go to the back of the castle to talk to the headless gardener ghost. Ask him his name to know that he is called Ed Lestwit, and then ask him about his head, how it got cut off and the location where it happened. Doing so will make him follow you for ten minutes, but do not wander far off, log out or teleport away as he’ll stop following you. Head to the location of the grave as shown in the picture. You can find it south-east of the fairy ring (code a*l*q) and make sure that the name on the grave is correct before digging it. Dig it to obtain a decapitated head.

There is a hair of the dog bar located in the southern section of Canifis, go there and talk to the NPC named Roavar. You can pick the pickled brain from the table by buying it for a price of 50 gold coins or simply telekinetic grab the brain. Once you obtain it, use it on the decapitated head and move to the next part.

Since you have already searched the bookcases in Fenkenstrain’s castle, you must be having two amulets called marble and obsidian amulet. Use them on each other to obtain the item; start amulet. Just east, along the path from Fenkenstrain’s castle, you will find some tombstones. Use the amulet on the tombstone that has an in-dent on it, and then push it to open up a passage to a dungeon that has NPCs named experiments int it. Kill one of the level 51 wolf women to obtain a cavern key as a drop. Now, go through the passage leading north-west till you see a gate, then climb up the ladder and dig the three graves there to obtain the torso, legs and arms.

Go back to Fenkenstrain with all the body parts, a needle and 5 threads so that he can sew the body together. After that, he will assign you a new task as the body is back together but has no life in it. So, you will need to fix the lightning rod for the castle to get struct by it, giving life to the body. Speak to the gardener ghost again to get a shed key, and head to the north end of the castle where you will find the shed. Take the three garden canes east of the shed, and search the cupboard in the shed to obtain a garden brush. Use the canes on the brush with a bronze wire in your inventory to obtain an extended brush. Now, this item will be used to sweep the chimney, so go back inside, go to the 2nd floor and use the brush on the fireplace located in the western room to obtain a conductor mould.

Once you have the mould, you will need to make a conductor rod using a silver bar on a furnace. The quickest way is to teleport to Edgeville using your amulet of glory, but you can use whichever means necessary. Once you have the rod, go to the 2nd floor of the castle right into the southern-most room and then climb up the ladder to get to the roof. Click on the lightning conductor and fix it so that the lighting will strike and give life to the monstrous body. 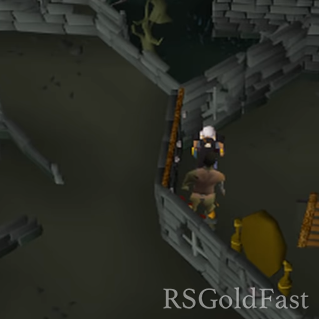 Talk to the doctor again and he will tell you that the monster tried to kill him, so he is locked in the tower. He will hand you the tower key, so go upstairs, enter the central room, climb upstairs and talk to the locked monster in the room. He will tell you that his name is Lord Rologarth and that he was tricked by Fenkenstrain into selling his subjects, as well as himself to the Vampyres. He will ask you to stop him so that he cannot harm anyone else. Now, simply go down, pickpocket the doctor to obtain a ring of charos and the quest will be completed.

· Ring of Charos allows players to access the werewolf Agility Course located near Canifis, and when the ring is activated during the quest “Garden of Tranquillity”, it helps in the cost reduction of many transportation fares.