One of the Zookeepers at the Ardougne Zoo has become preoccupied with the Penguins. Actually, he’s downright paranoid about them, and he’s looking for help to observe the Lunar Sea Iceberg. The first quest relating to the Penguin Quest Series, where two agents are involved in gathering information about the plans of the Penguins. In this quest, you have to go undercover as a Penguin Spy on the Iceberg located in the Lunar Sea.

· Also, you will need access to a Crafting Table 3. 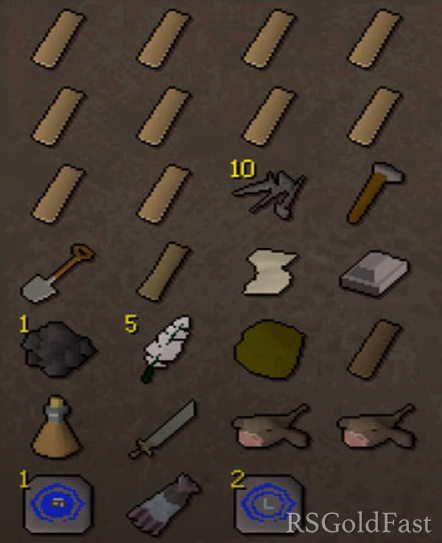 · A Clockwork or a Steel Bar

· Silk (You can obtain in during the quest with 20 Thieving).

· Swamp Tar (You can obtain it during the quest).

· Access to the Fairy Ring Network, as well as a Dramen or Lunar Staff.

· Games Necklace (If you’re planning to head to the Barbarian Outpost for a Plank). 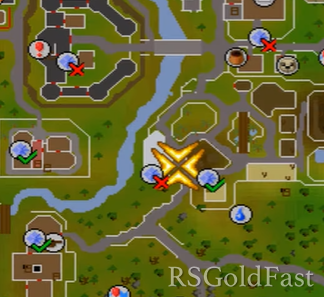 You can start his quest by speaking to Larry, who is located at the southern entrance of the Zoo in Ardougne. Larry is in hopes to build a lookout to observe the Penguins, and his instructions are to the items; Oak Planks x10, Steel Nails x10, Hammer, and Spade. Once you have the supplies on you, speak to him again by saying that you have the items that he asked for. He’ll also ask you to meet him northeast of Rellekka. However, it isn’t necessary so you can ignore that. Now, make your way to the Iceberg by accepting the teleportation prompt.

In any case, if you opt for the offer, or you plan to head to his location without his offered teleportation means, you can head northeast of the Rock Crabs in Rellekka, and then teleport using the Fairy Ring Network (Code: D*K*S). If you have the quest The Giant Dwarf completed, then you can use the Trap Door at the Grand Exchange to access the shortcut to Rellekka. Aside from that, you can also use the Enchanted Lyre to directly teleport there and then walk your way to Larry’s location. However, if you have no means nearby you to teleport, then find your way to Camelot and walk north. 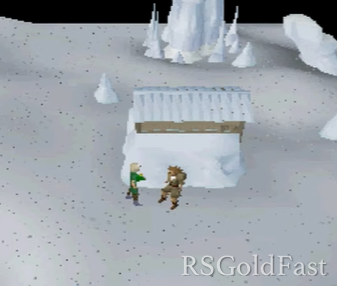 Once you arrive at the location, you’ll notice a snow patch. You have to build the lookout at that precise spot using an Oak Plank on the patch. After that, use a Spade on the lookout to cover it with snow, and alternatively, you can also use the ‘Dig’ option by standing next to it. When the lookout is ready, speak to Larry again, and you’ll come across a strange Cutscene, where you have to note down the emote greeting codes that the Penguins are performing. The emotes are unique for every player, so make sure that you concentrate on this part. 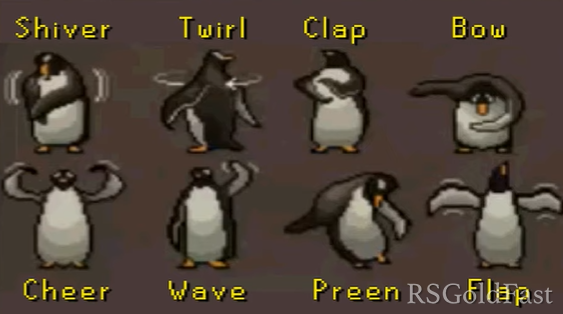 There is a total of eight different Penguin Emotes, which is similar to the character emotes (Normal Ones), and the greetings will consist of three of those. If you want to watch it again, you can click the ‘Use Snowy Bird Hide’ option. Once the Cutscene ends, speak to Larry and provide him a suggestion that the behavior of the penguins was suspicious.

Now, use the ‘Travel’ option on Larry to return to the docks, and then speak to him again. He will then request you to design a Clockwork Suit to spy on them, and he’ll also provide you a Book that has the necessary instructions.

Gather the following materials – a regular wood Plank (you can use the Games Necklace to teleport to the Barbarian Outpost, and then head east to find some. Alternatively, you can head southeast from the Ardougne Zoo and find one at Port Khazard), piece of Silk (you can steal one from the East Ardougne Market Place, but you will need 20+ Thieving to do so), and a Clockwork or a Steel Bar to make one. 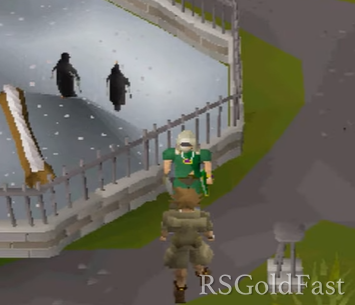 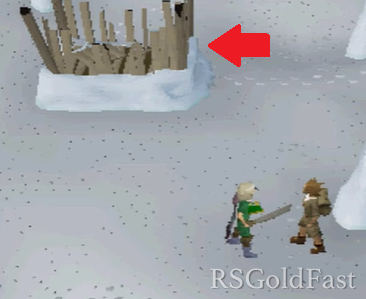 If you’re making a Clockwork, then you’ll need to use the Clockmaker’s Bench at your POH, or someone else’s, with a Steel Bar in your inventory. When you make it, you will get the item called Clockwork Mechanism, and after that, you have to use it on the bench again to select the option Clockwork Toy, followed by Clockwork Penguins to obtain the resulting product (Clockwork Suit).

Unequip anything that is equipped in your hand and cape slots, and then speak to Larry so that he can cast a Magic spell on you. The spell will cause you to shrink and enter the Penguin Suit. It’s time for you to test it out by heading inside the Penguin cage and right-clicking each one of them until you get the talk option available. Talk to that Penguin, and you will then need to perform a greeting that was shown in the earlier Cutscene. Upon successfully doing so, the Penguin will talk to you and reveal how they’re trying to learn the flying mechanism to escape the Zoo. While handing you a Mission Report, he will ask you to speak to the Penguins in Lumbridge. 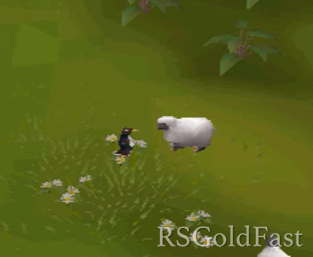 Leave the cage and speak to Larry again to discuss where the Penguins could be in Lumbridge. Make your way to Fred the Farmer’s sheep pasture to locate Larry, and then use the Tuxedo Time option with him (Also, remove whatever you have equipped in the cape and hand slots before approaching him). You will now need to find a sheep that has flippers, as well as a talk option on it. Once you find the sheep, perform the greeting and the Penguins who are disguised as sheep will ask you to leave while demanding a secret phrase to go along with the greeting.

Speak to Larry to return back to the Zoo, and have either a Raw Cod in your inventory or a Ring of Charos(a) equipped before disguising yourself and heading back into the Penguin cage. Speak to the Penguin again to know the phrase, ‘do not trust the walrus’.

Before you return to Lumbridge, make sure that you have Swamp Tar on you. You can always grab it from the Lumbridge Swamp (south section). If you don’t have feathers, kill a few chickens nearby to obtain five of them. You can also choose to grab the necessary combat equipment right now to avoid a long route back to the bank. Once you’re done, head back to the farm, suit up and speak to the Sheep again. Upon providing the secret phrase, the Penguins will ask you to speak to Fred the Farmer to know whether he’s an undercover agent or not.

You can use either the bully or warn option to uncover the truth. Once you’re done talking, return back to the Penguin (Sheep) to get the location of the outpost, which is on the Iceberg that you visited earlier. The Penguins will also provide you a password (‘cabbage’). Before you head out, steal a cowbell from a nearby dairy cow. 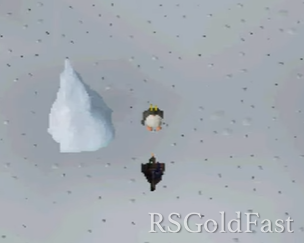 Now, speak to Larry again to teleport to the Iceberg, and then suit up as a penguin and make your way northwest until you locate a KGP Agent penguin. Speak to him and use the emote to greet, followed by the password given to you. He will ask you for an ID, but sadly you don’t have one. So, speak to the black-market merchant (Noodle) nearby the KGP Agent to obtain an ID in exchange for a Swamp Tar and five Feathers. 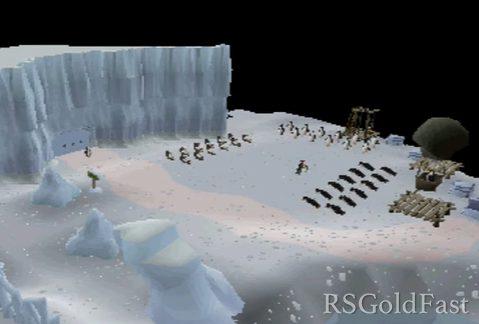 The materials will be exchanged for an ID and another Mission Report. Speak to the agent again and he’ll permit you to go through. Now, click on the avalanche to get the ‘Use Avalanche’ option, and you’ll end up entering the outpost. Once you’re inside, head into the first room, which is west, and speak to the agent. After that, make your way to the corridor, which is on the other side of the room. After exiting the door, which is at the end of the corridor, you will trigger a Cutscene. After which, you will release that their intentions are different than just learning how to fly. Once the Cutscene ends, follow the signs to reach the Agility Course. 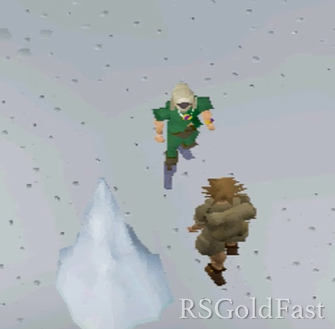 Climb down and get into the water. Avoid the moving ice, and then climb up using the stepping stones at the end. Now, jump to the next stepping stones, followed by the next five, and then reach the other side. Once you manage to cross, continue ahead until you see a shelf with icicles. After which, you have to click on the ‘tread softly’ option to get across. Repeat the same at each shelf, and then cross the ice. Finally, a small Cutscene will trigger showing how you slid down the hill. Once it ends, speak to the Agility Instructor to know that you have successfully completed the Agility Course and that you’re free to return whenever.

Take off your Penguin suit to teleport right next to Larry and speak to him. You can alternatively leave through the gate and choose to walk back the same path. Tell Larry about the army, and he’ll ask you to find the location of where they’re making their plans. Use a Mahogany Plank on Leather to make Penguin Bongos, then return to the Iceberg by taking the boat east of Rellekka because Larry won’t be able to teleport you this time.

Wear your disguise and go to the Outpost again, but instead of going left like the last time, continue straight to come across a set of massive doors. Speak to the KGP Agent in the booth that is left of the doors, and he’ll let you in after asking for your ID proof. Go down the hallway and enter the eastern room with Ping and Pong. They will ask you for a Cowbell, as well as a set of Penguin Bongos. So, give them the items to trigger a Cutscene, where you will notice that the guards are distracted by their harmonious vibes. You have to leave the room now and use the controls at the same place where you encountered the recent KGP Agent. It will result in the large door opening, which is actually the war room. 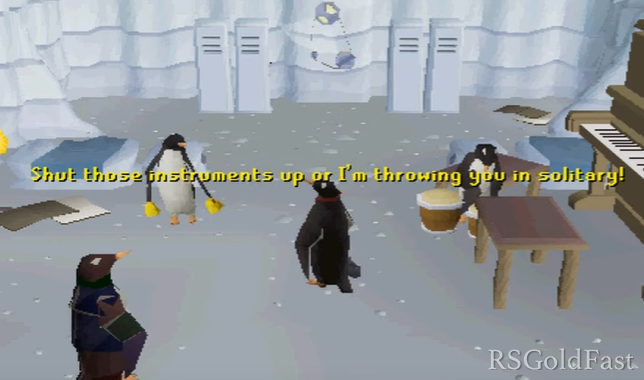 Another Cutscene will trigger now, where the Penguins are planning to take over RuneScape. In the end, the Penguins will take your disguise, and you’ll end up in a cage with Ice Lords (level 51). In order to get out, you have to kill three of them, and there’s a possibility that you may be allowed to exist in the first one or two kills. Through the fence door made of ice, exit the cage, and then go through a chasm just east of it. Finally, speak to Larry to finish the quest, congratulations! And buy cheap runescape gold from RSGoldFast.com, fullstock & 100% fast service, have a good time. Thank you.