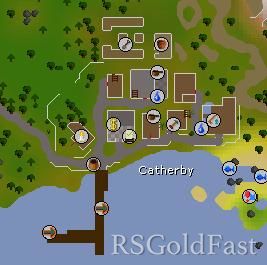 Catherby is a fishing town located west of the White Wolf Mountain, and southeast of Camelot. Being a member-only area, there are a number of Fishing Spots available. Besides that, it’s also popular among players for training the Woodcutting skill as there are many different trees to the west.

The White Wolf Mountain is known to be dangerous for low-level players as there are level 25 to 38 White Wolves wandering around. Nearby Catherby there’s Seers’ Village and Camelot, which play a major part in several important quests.

You can either choose to walk across the White Wolf Mountain from Taverley, take the Gnome Glider to reach the top of the mountain and head south, or use the Dwarven Pass below the mountain; however, you need to complete ‘Fishing Contest’ first.

Besides that, you can use a Camelot Teleport, Catherby Teleport from the Lunar Book, Kandarin Headgear 3 or 4 to reach Sherlock, and then walk there, or take the Charter Ship to directly reach the docks of the town.

Within the area, you can find a Bank, Small Net, Big Net, Harpoon, and Lobster Pot fishing spots, Yew and Willow Trees, Farming Allotment and Fruit Tree Patch, Water Sources, and a Range for cooking the fish.

Other than that, you can travel to other islands using the Charter Ship available to players on the docks. There are also two Agility Grapple Shortcuts to Taverley and from the Taverley Dungeon.

There’s Harry’s Fishing Shop located in the eastern part of the town. You can sell your unwanted fish here, as well as purchase fishing equipment.

There’s Hickton’s Archery Emporium located in the central part of the town. You can purchase your 99 Fletching skill cape here, along with Arrow Tips to create your own Arrow stock. 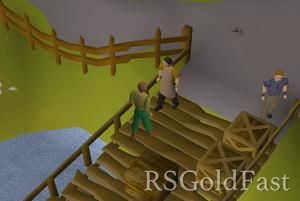 There’s Archein’s Store, which is run by Arhein himself. Similar to other General Stores across OSRS, this is known as the General Store of the town. 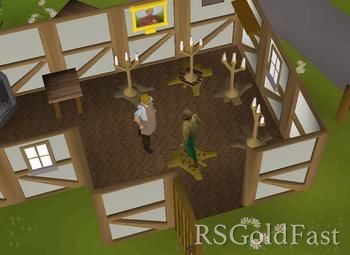 There’s a Candle Shop, which is run by a Candle Maker. The shop plays an important part during the Merlin’s Crystal quest as you need to make a Black Candle from scratch.

There’s Vanessa’s Farming Shop located nearby the allotment patches. You can purchase various farming supplies from her. It’s quite useful if you end up forgetting to bring an item along with you while training.

There’s Trader Stand’s Trading Post, which is known to be a unique chain of shops. It is run by Trader Stan and his crew members. There’s a similar instance available to players at every charter ship location. It provides standard items that are available at the General Store, but at a higher price. 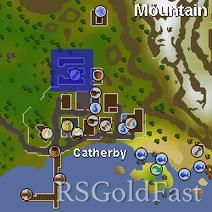 When you head north of the town, you’ll come across large Farming Patches with two Allotments, an Herb Patch, and a Flower Patch. Nearby the patches, there’s a Tool Leprechaun wandering around if you want to purchase farming equipment. You can also pay the NPC named Dantaera to watch over your crops while you’re away.

You get a 5%, 10%, or 15% increase in your yield if you’ve completed the Medium, Hard, or Elite Kandarin Diary tasks, respectively. The yield stacks if you have a Magic Secateurs or Farming Skill Cape in your possession. And, if you equip the Kandarin Headgear while harvesting, your yield will not increase.

Besides that, there’s a Fruit Tree Patch on the southeastern beach, which is next to the White Wolf Mountain. You can utilize the patch to grow Fruit Trees, and you can pay off Ellena to watch over the harvest for you. 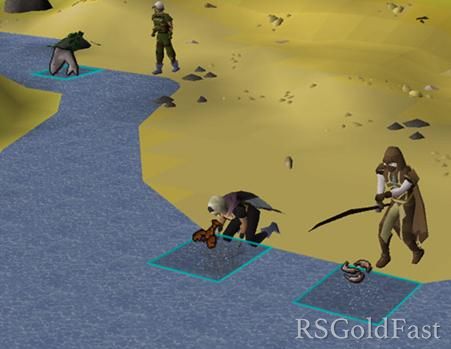 Since the town is popular for the variety of fishing spots available, it’s great for players who are at level 68 Fishing or lower. You can utilize Small Nets, Fishing Rods, Big Nets, Harpoons, and Lobster Pots to catch your desired fish.

For instance, you can use Small Net to catch Shrimp and Anchovies. Fishing Rod (Bait) to catch Sardine and Herring. Big Net to catch Mackerel, Cod, and Bass. Harpoon to catch Tuna, Swordfish, and Shark. And, Lobster Pot to catch Lobsters. 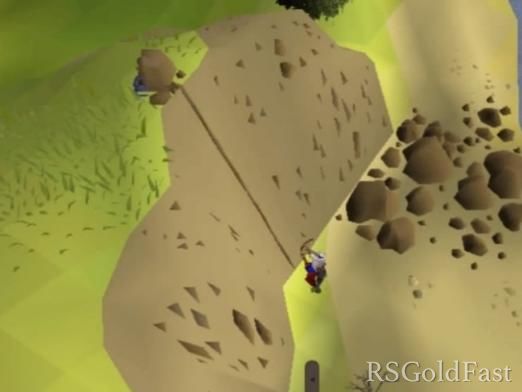 If you travel south of the town’s Fishing Spot, you’ll come across an Agility Shortcut which allows you to swing across from the Water Obelisk Island and reach the shores of Catherby. However, you’ll need a Mith Grapple, alongside 22 Strength, 29 Ranged, and 36 Agility.

The other shortcut is near the Fruit Tree Patch. It allows you to grapple up a small Cliff. You’ll need a Mith Grapple, alongside 32 Agility, 35 Ranged, and 35 Strength for it. Besides that, you’ll also need to complete the Fishing Contest.

There’s an Insect Repellent Spawn just south of the Farming Patches. The spawn takes place in a two-story building. You need to head there during Troll Romance and Merlin’s Crystal. Just a Staircase above, there’s also a Jug of Wine spawn.

East of the Insect Repellent building, there’s another house owned by an NPC called Caleb. You get to meet him during the Family Crest quest. Within the house, you’ll find a Sink and Range, alongside a Pie Dish, Jug of Water, Bucket of Water, Knife, and Burnt Fish spawn. 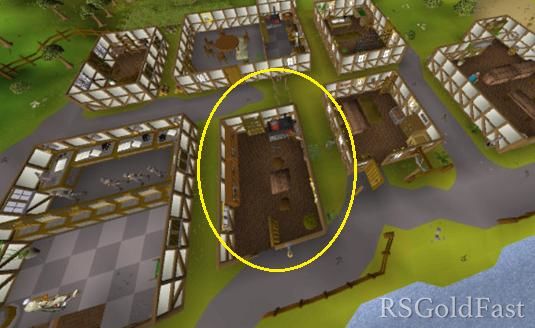 Again, east of Caleb’s house, there’s another building that has three chests locked in a cage. There’s also a house just east of the bank, and it has a range that is quite often used by players to cook their fish.

The Charter Ship is located at the docks of Catherby (South). You can use it to travel to several different locations. If you complete the Cabin Fever quest, the traveling fare is reduced by 50%. Similarly, even Ring of Charos(a) reduces the fare by 50%. You can stack both the bonuses for a 75% reduction.

Northeast of Catherby, there’s a Dwarf named Vestri who can be found at the entrance under the White Wolf Mountain. You need to speak to him to start the Fishing Contest quest. 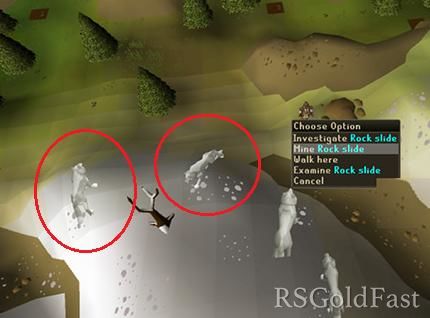