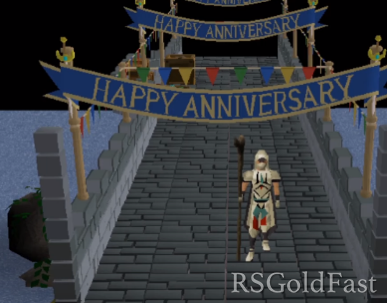 This event is the 20th-anniversary celebration of Runescape. The event involves helping out a green gnome child who had been summoned accidentally by the Wizard Grayzag. During the ongoing event, cities across Geilinor were decorated with flags, as well as boxes consisting of fireworks. Some banners showed the number 20, representing the 20th anniversary of the game.

To start this event, you’ll have to talk to Wizard Grayzag who can be found in the wizards’ tower. He will ask you for a favour to run errands for him, as he’s trying to expand his army by including some more demons into it just like the one that’s caged in next to him. While performing the spell to create a time-travelling portal, he accidentally creates a realm of memories from which a green gnome child appears. Talk to the child, and he’ll tell you that he needs to collect some Runescape artefacts and needs your help to do so. Once you agree to help him, he will ask you to talk to the Wise Old Man first to get his blue party hat.

Head to the Wise Old Man and ask him if you can have his party hat. He will first disagree until the gnome child convinces him to hand it over. Now, the child will ask you to talk to Hans, the NPC that walks around the Lumbridge Castle, so that you can obtain a navigational chart. Head over to the castle and talk to him, he will give you the navigational chart without any need to convince him. Once you’ve obtained the chart, go to the Cook in the Lumbridge castle and ask him for his recipe book. He will start complaining about several things like how Lumbridge doesn’t have a Grand Exchange, his burning of food and other life changes. After the whole ranting process, he will give his recipe book as he already knows it by heart. 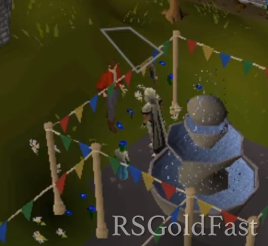 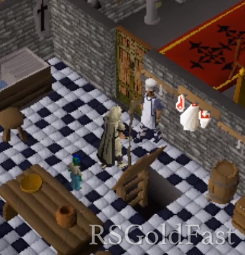 The gnome child will now ask you to visit Bob in his axe shop to get his autograph. Bob shows a weird expression on his face as the child is not human and responds that he doesn’t serve his kind here. The gnome child then tries to butter-up bob by talking about the heroic things that he has done, like defeating the Dragonkin, which is confusing as it was Bob the Jagex Cat. The child then finds out that he is a different man with the same name, but still wants his autograph, so bob signs the flyer and gives it to him, as well as you. You can drop the flyer if you want, or hold on to it as a souvenir of the event. 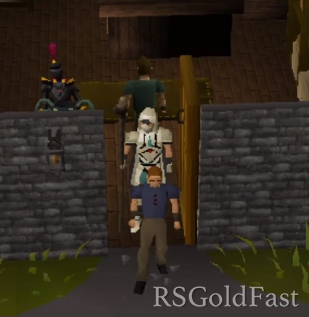 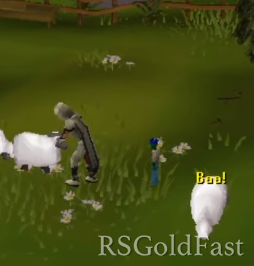 Moving on to the next part, you’ll need The Thing in Fred the Farmer’s sheep pen. As you’re confused, the child explained that Fred talked about The Thing in his sheep pen directing to a mysterious creature, as after the Cold War quest, a mysterious creature did appear and was given a purpose. The gnome child will ask you to shear some wood using the tool Shears, but do it with the gnome child following you so that you can succeed in shearing a small amount of wool before The Thing ends up feeling from you.

The next item that’s needed is a feather from Ernest, from when he was a real chicken. So, head to the Draynor Manor, go upstairs and then to the west where you’ll see the spiral staircase. In the room to the east, you’ll find some odd feathers lying near a strange machine, take them or pluck the chicken that is there if you haven’t finished the quest ‘Ernest the Chicken’. Once you obtain the feathers, give it to the child and leave through the eastern door on the ground floor. Right-click the gnome and he will tell you that he now needs cabbage from the Falador Cabbage Patch, as from the earlier days, cabbages have been known as a “wondrous source of brassican goodness”, so the child would need a freshly picked one. 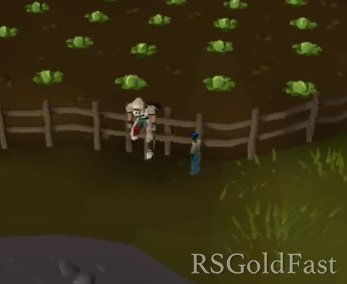 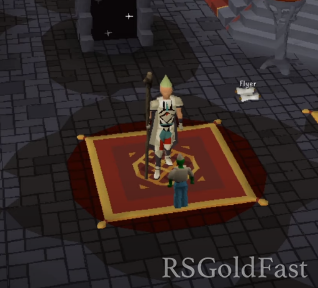 Now, head to the Falador Cabbage Patch, you could also use the Explorer’s ring 2 or higher teleport to get there without losing the gnome. Pick the cabbage and the child will take it, also make sure that you talk to him once you give him the cabbage, as at times he’ll say that he doesn’t want it and you’ll have to pick a fresh one. Talking to him again after giving him the final item, he’ll say that he has everything. So, now return to the wizards’ tower so that portal to the Realm of Memories can be reopened again. You’ll need to speak to him standing in the tower to have the portal reopen and once the dialogue is over, you will step into the portal to get greeted by the gnome child, where he will also give you the rewards for the completion of the event. You can also explore the Realm of Memories if you wish to, as you can see many old graphic NPCs from the earlier days of Runescape.

If a player has completed the quest Swan Song, he will directly protest to the Wise Old Man to give away his party hat to the gnome child. The old man will tell him that he didn’t want to give his party hat and might have held a more sentimental value to his property at some time.

If you’ve partially completed the quest Swan Song, you will not even get to see the Wise Old Man during the event, instead, you’ll have to talk to someone nearby to get the item, and it won’t even be the same one that was stolen.

If you’ve participated in the 2017 Christmas event, A Tale of Two Cats, Cook's Assistant, Cold War, Dragon Slayer II and Ernest the Chicken., then the dialogues may vary.