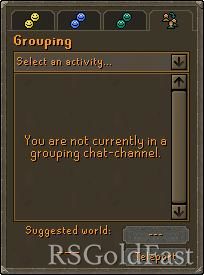 You can find the Grouping Tab in the chat-channel interface. The tab can be used to select a minigame from the dropdown menu and enter it to find other players. You can’t join two chat channels at the same time, which means that if you try to join another channel, you will automatically be removed from the existing one.

The Grouping Tab can also be used to teleport yourself to different minigame locations (excluding the Volcanic Mine; unless you meet the requirements). The teleport also has a cooldown of twenty minutes, and the teleport can’t be cast from PVP (Player Vs Player) worlds, P.O.H (Player-Owned House), Duel Arena, and the Wilderness.

It’s worth noting that the cooldown in the Grouping Tab does not share the cooldowns time limit with the Home Teleport, which is thirty minutes.

When you select your preferred minigame, it gives you the option to join the official Clan Chat. Similarly, it also gives you an option to teleport to the minigame’s location. It’s a useful system to travel around Gielinor because most of the minigames don’t need any requirements to access. 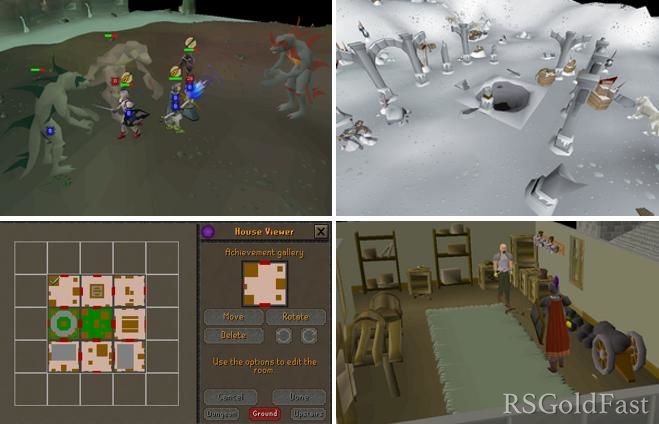 The locations listed below are not minigames but they are listed in the Grouping Tab to help players look for other players who are willing to form a team to face off the bosses. There’s a separate Clan Chat for Shield of Arrav so that you can find a partner to complete the quest. P.O.H is listed for events like House Parties or Gilded Altars.

On 30th January 2014: Channels were added for GWD, Waterbirth Island, and Phoenix/Black Arm Gang pairings. On 6th February 2014: Minigame Panels was fixed to recognize if you were already a part of the chat channel. On 6th March 2014: A Minigame Group chat was added to find P.O.H events. On 24th July 2014: A Clan Wars minigame channel was added, and the Phoenix & Black Arm gang grouping chat channels were replaced with a chat named Shield of Arrav.

On 21st August 2014: The Group Finder interface was redesigned. On 21st May 2015: The Grouping Panel was listed in alphabetical order. On 18th June 2015: A click-through issue with the minigame chat channel was fixed. On 24th June 2015: The destination of the games necklace teleport and games room minigame teleport were switched.

Post this RuneScape news on RSgoldfast.com, thank you for reading. And buy cheap OSRS gold & off items now, hurry up.