The Mage Arena 2 is the sequel to the Mage Arena mini-quest. You can begin the quest if you have 75+ Magic and the ability to cast Flames of Zamorak, Claws of Guthix, and Saradomin Strike outside of the Mage Arena.

The objective is to defeat three powerful god followers who are roaming around the Wilderness. The followers are named Porazdir (level 235), Derwen (level 235), and Justiciar Zachariah (level 348). You need to collect their remains and bring them to Kolodion to enhance or imbue your God Capes. 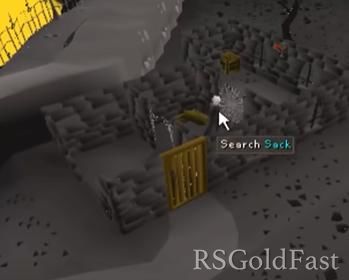 You need to first head to the same broken house as you did in the Mage Arena quest and speak to Kolodion. The house is located northwest of the Mage Arena (level 55 Wilderness). You’ll need a slashing weapon to cut through the webs and enter.

Once you pull the lever and teleport to the caves, speak to Kolodion about additional challenges. He’ll bring it to your notice that he has been working on ways to enhance the power of your God Capes, but the components are quite difficult to gather. At the end of the conversation, you’ll receive the Enchanted Symbol. 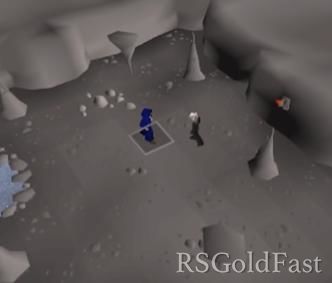 It’s recommended that you set the player ‘Attack’ option to ‘Right-Click’ or ‘Hidden’ to enable ‘P.K Skull Prevention.’ Now, you need to look for the three God followers in the depths of the Wilderness, nearby the Lava Dragon Isle.

Every time you use the symbol, it’ll deal up to 16 damage. The symbol's functions are similar to the Hot & Cold system from the Master Treasure Trails, where the symbol glows hotter as you get closer.

When the Symbol indicates that it is visibly shaking, the follower will appear and start attacking you. The locations are random, and you may run out of food while searching for them, so pinpoint their location and then head back to the bank to restock before approaching.

It’s worth noting that the locations also change approximately every 45 minutes, and it does notify you when that happens.

They can be harmed by their respective God Spells, so you need to have every God Staff in your inventory. Alternatively, you can use Staff of the Dead, Staff of Light, Staff of Balance, or Void Knight Mace to auto-cast the spells; Flames of Zamorak, Saradomin Strike, and Claws of Guthix, respectively.

Every follower has a unique ability: 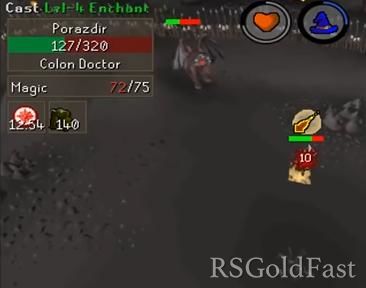 Porazdir can launch energy balls, which deals damage dependent upon your distance. It means the further you are, the less damage you’ll deal.

Justiciar Zachariah can attack and damage you with blue waves from his sword; however, the attack falls upon your current tile, so you can avoid it by moving.

Derwen can launch energy balls on the ground to heal himself. If you don’t destroy them, then each ball offers 20 health, which will make him unstoppable. 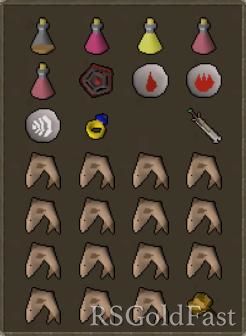 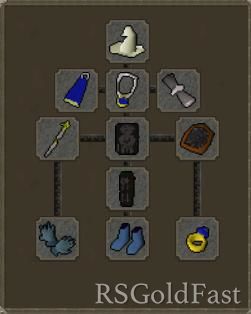 It’s recommended that you wear Dragonhide Armor and God Cape, along with Culinaromancer’s Gloves, Book of Darkness, or a Dragonhide Shield because they can still hit hard even if you have Protect from Magic turned on.

If you have 80+ Magic, you can bring additional runes to cast Charge, which will then increase your maximum damage from 20 to 30. If it’s possible, bring an Occult Necklace and Tormented Bracelet to increase your max hits.

Once the three followers are dead, you’ll have the following remains, Justiciar’s, Ent’s Roots, and Demon’s Heart. So, you need to head back to Kolodion and hand the three items over to him.

After that, you can hand a God Cape to Kolodion and imbue it. If you want another Imbued Cape, you need to find the corresponding follower again, defeat it, and hand the remains over to Kolodion. In other words, you need to defeat a total of five followers to imbue every God Cape.