The Mage Arena is a mini-quest released on the 22nd of September 2003. As a player, you need to test your mettle with a shapeshifting wizard; however, you are required to have level 60 in Magic to begin the quest. You’ll also need enough combat levels to defeat a level 112 Black Demon. 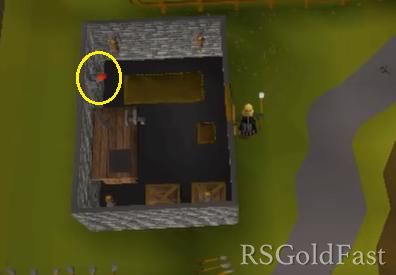 To start the quest, you need to head into the depths of the Wilderness (level 56). The fastest way to get there is by using the lever in the small building near the west Ardougne gate. Alternatively, you can use the lever located in the ruins of Edgeville.

When you pull the lever, you’ll be teleported to the Deserted Keep, which is a small island surrounded by lava (level 54 Wilderness). Head north from there, slash the web with a knife or sword and then go west to reach the northern entrance of the Mage Arena.

Now, head northwest of the arena to locate a broken house, where you need to use a slashing weapon to cut down the webs and pull the lever at the end wall. You’ll then be teleported into a small cave, which is a safe zone to protect yourself from Player Killers.

You can find a Rune Store, Bank, and an NPC named Kolodion, who you need to speak with to begin the Mage Arena quest. You need to fight him in different forms, so speak to him again once the dialogues are over to begin the fight. 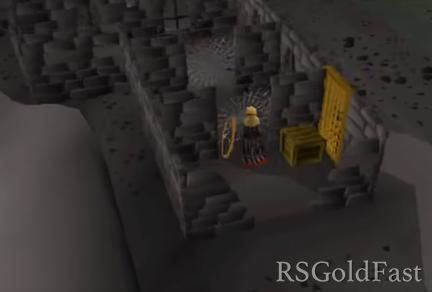 Kolodian’s form changes during the fight. First, he’ll appear in the form when you first spoke to him, and he can only be damaged by magic. After that, he’ll turn into an ogre, and you need to use Protect from Magic prayer to avoid his attacks. Next, he’ll turn into a Frost Spider, followed by a Ghost, and finally, a level 112 Black Demon.

It’s recommended that you use a strong spell for these battles because every form results in an increase in Kolodian’s HP. Carry Prayer Potions and high-tier food to make the battle easy; however, if you’re about to die, you can exit the fight at any given time by running out of the arena and pulling the northern lever.

Once the fight ends, you’ll be teleported out of the arena and Kolodian will ask you to choose your God. You can do that by heading into the ‘Sparkling Pool,’ which will take you to a Merchant. From there, you can head to the end of the cave to find three God statues. Pray at the preferred statue to receive one of the God Capes. After that, head back to speak to the Chamber Guardian and receive one of the God Staves. 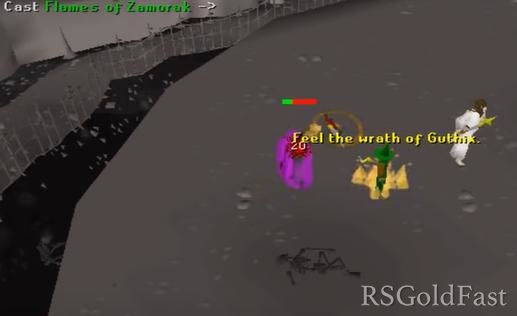 If you wish to unlock God Spells outside the arena, you need to cast it a total of hundred times within the arena. Similarly, if you want to obtain other God Staves to cast other God spells outside the arena, you can speak to the Merchant in the cave, who will charge you a fee of 80,000 GP for the desired staff. After that, you need to cast the spell a hundred times again to unlock the access.