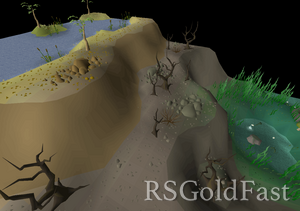 Kebos Lowlands has a rocky mountain to the south called Mount Quidamortem. And a sulphurous volcano to the north called Mount Karuulm. Between them lies the Kebos Swamp and a large piece of fertile soil land. These two areas are separated by a river called Molch. 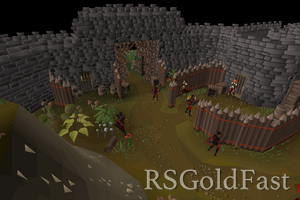 You can get to the Kebos Lowlands by walking northwest of Shayzien towards the battlefront. Or, you can traverse the rocky southwest terrain of Lovakengj. Alternatively, you can walk past the Shayzien Wall; however, it’s not recommended unless you want to get to Mount Quidamortem, as the area is swarming with Lizardmen.

The areas Mount Karuulm and Mount Quidamortem are visited during the quests The Ascent of Arceuus and Tale of Righteous, respectively. The quest ‘Getting Ahead’ also takes place in the Kebos Lowlands. 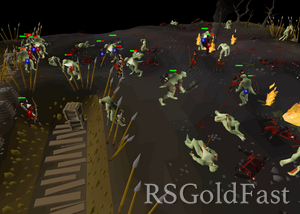 The Battlefront is known to be a large battlefield that is located outside the borders of the Kingdom of Great Kourend. It’s the area where Shayzien Soldiers fight against the Lizardmen to keep them from invading the kingdom. 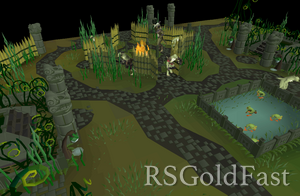 Molch is known to be a small village that is located north of the Kebos Swamp. The area contains the Lizardman Temple in which lower-level Lizardman Shamans reside. 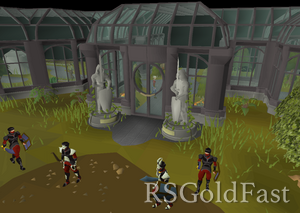 Farming Guild is an area founded by the Hosidius farmers. Each of its section requires you to have a higher Farming level to access, and it contains several farming patches and some exclusives. 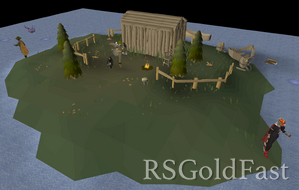 You can find Lake or River Molch in the easter part of the Kebos Lowlands (it borders Shayzien). You can speak to the NPC named Alry the Angler to engage in Aerial Fishing, which is a training method for Fishing and Hunter skills. You can hunt for various fishes and salamanders with a Cormorant, which is similar to Falconry where you hunt Kebbits with Gyr Falcon. 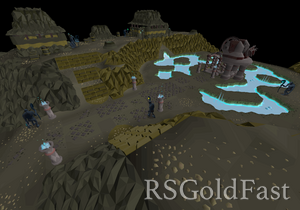 At the edge of the Kebos Lowlands, you can find Mount Karuulm, which is a sulphurous volcano. Within the volcano, you will find a variation of the TzHaar Race, which is known as the Tasakaal.

There’s also the Karuulm Slayer Dungeon located within the volcano, and inside the dungeon reside several Draconic monsters who were created from the experiments of Karuulm. For instance, Hydra and Wyrm.

On the very top of the volcano, you will find the house of the Kahlith, who were former humans that have abandoned their old lives in the name of Tasakaal. They work together to bring a balance between life and death.

Other than that, you can also find a Bank Deposit Bok and Poll Booth, along with a Furnace and Weapon Shop that sells low-tier items. The slayer master named Konar Quo Maten can also be found in Mount Karuulm. 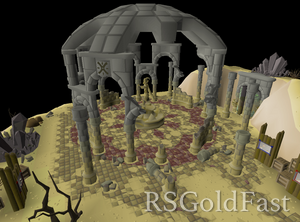 The name Quidamortem is translated as ‘Certain Death’ in Latin. Mount Quidamortem is quite large and surrounds the Kebos Swamp and Lizardman Settlement.

On the summit of the mountain, you can find a large underground cave system called the Chambers of Xeric. It contains several dreadful creatures. You can also find Mountain Trolls below the mountain area. 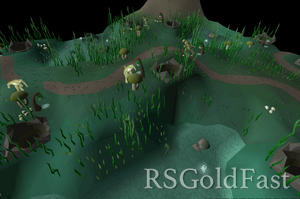 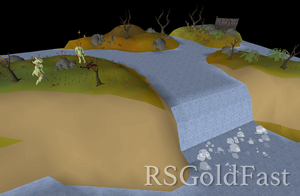 At the southern edge of the Kebos Lowlands, you can find a small waterfall called Lacerta Falls. It has no real purpose in the game, and it simply acts as an 'eye-pleasing' scenery. 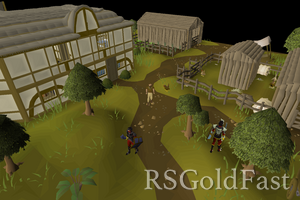 Finally, when you go south of the Farming Guild, you can find a small farm that is run by Gordon and Mary. It’s also where the quest ‘Getting Ahead’ takes place.