OSRS is about to see a huge new update – the Hallowed Sepulchre! If you’re unaware, the Hallowed Sepulchre is a new Agility minigame, where players can use their skills to manoeuvrer their way around obstacles, in search of treasures in an ancient crypt in Morytania. Lucky for us, the developers released their thought process in the development of this minigame. So, let’s take a look at it!

So, they began their development of the Hallowed Sepulchre by realising that there was a lack of fun and engaging ways to train Agility. So, the developers thought that the game needed more interactive methods to train agility experience (and be worth the time spent!). So, they thought of a system where players could interact with timing-based traps, spotting patterns and reacting quickly to a changing environment. So, with that idea, they constructed a prototype, which involved the player avoiding a fire trap which activated a specific pattern. And from there, the development of the Hallowed Sepulchre truly started! 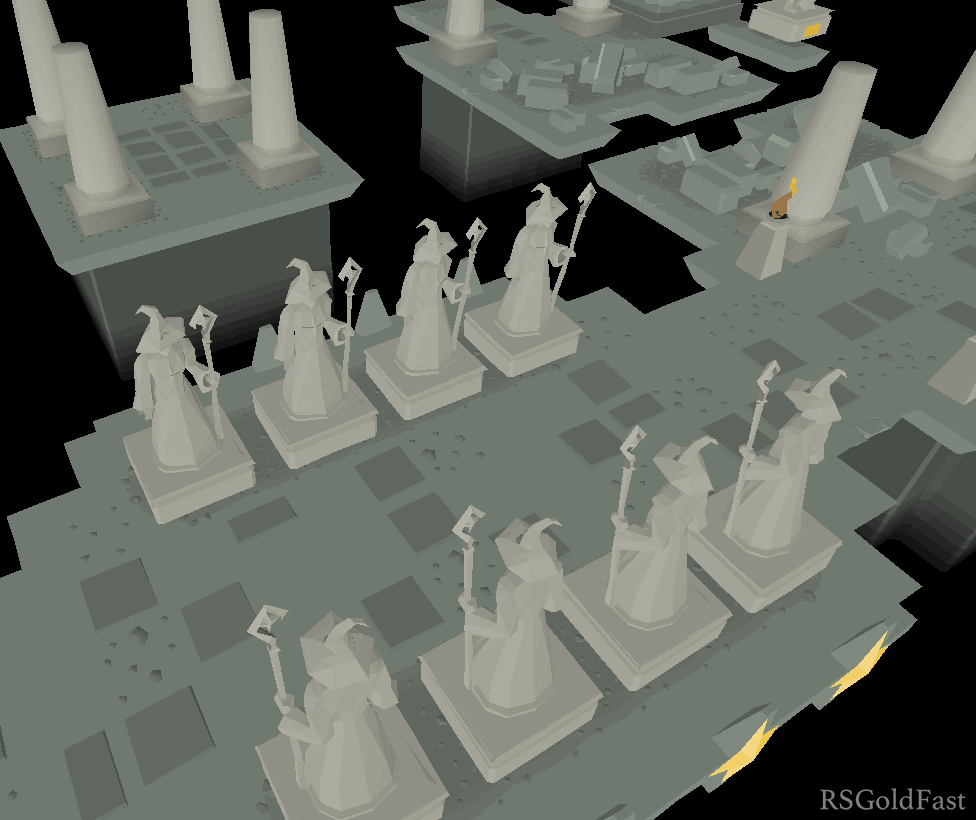 So, every trap in the Hallowed Sepulchre was designed to have its very own identity. And therefore, the developers discarded a lot of traps that were not unique enough (or too unique!). They came up with a bunch of traps, which we’ve attached below.

The first trap is the Fire Trap. There’s nothing much to it, it just spits fire! The next trap is the Projectile Trap. This trap features a sword that is thrown by a statue, and is returned, similar to the motion of a boomerang. There’s a few more traps that have less detail on them (probably because they’re still working on them), such as the: Sword Trap and Secondary Traps. 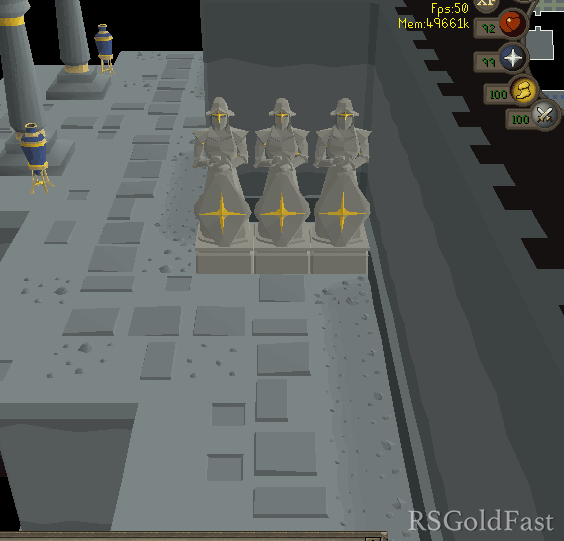 Once the traps were designed, the developers then turned their attention to making them playable for testing. To speed up the process, they used placeholder objects and animations from other parts of the game, which is why their testing screenshots don’t look that well designed.

A method that the developers used to make the obstacles more complex is to combine them to make trickier traps. This forces players to encounter and try overcoming two mechanics at once.

To set the difficulty, they made it so that each floor of the Hallowed Sepulchre is harder than the previous floor, indicated by the Agility requirements. Since is seen as the first floor needs 52 Agility, and the last one needs 92 Agility. The progression of traps present in the floors becomes harder as you continue. The first floor has 3 simple primary traps, the second floor has a secondary trap, the third floor introduces the combination trap (and increases the difficulty), the fourth floor introduces the final secondary trap, and the fifth floor challenges players to use everything they’ve previously learned to conquer the floor and claim the prize.

The developers emphasize that the traps are not impossible, as their intention of the update is to make Agility fun. So, with enough time and practice, you’ll be able to master the Hallowed Sepulchre. 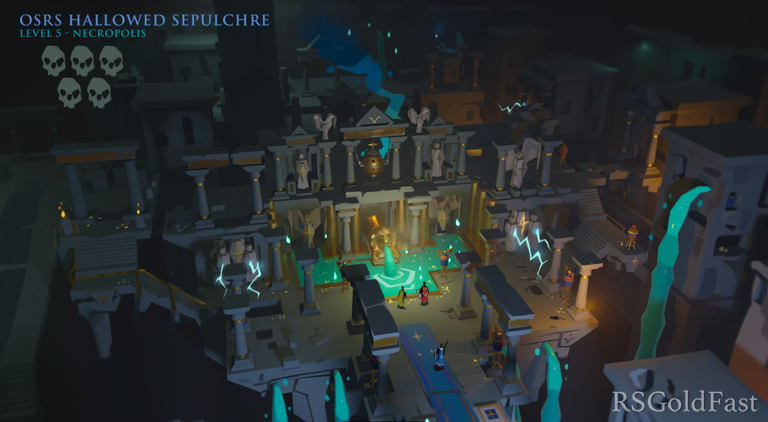 The basic design of the Hallowed Sepulchre could have fit in anywhere in Gielinor. After some discussion, the developers decided to place it in the Darkmeyer expansion. The area would be depicted as a long-forgotten tomb of Saradomin followers, and the vampyres have left the treasures for you to gain.

The design team than worked on the idea and made an amazing design of the final floor in the area, where they have enchanted statues protected the treasures within the minigame.

We’re at the part you’ve all been waiting for – the rewards! One of the best features of this minigame is the risk vs reward factor of it. For example, after you complete a floor, you could either continue and risk losing all the experience you gained in the previous floor/s or continue for more experience and the chance of greater loot.

Lastly, as you loot the coffin in the heart of the Hallowed Sepulchre, you have the chance of gaining a rare reward, such as the Ring of Endurance, which can allow you to store Stamina Potion doses in a ring, which saves valuable inventory space. On top of that, there’s the Strange Old Lockpick, which allows you to bypass all Barrows doors that were previously unpassable.

After getting all the traps, environment and treasures completed – it was time to bring them all together into the minigame. There’s a bunch of things the developers are yet to complete in the minigame, such as: Generating instances and capping the number of players that can enter them, ensuring that players can move from one floor to the next floor as well as leaving floors, providing experience and the chance to get the Giant Squirrel pet when a player completes the minigame, making the timer overlay so the player knows how much time they have left, teleporting players when they run out of time, developing effects of the rare items (Ring of Endurance and the Strange Old Lockpick), blocking teleports within the Hallowed Sepulchre and so much more.

The update is set to roll out later in this year – so be on the lookout for it! And Hope you like RSGoldFast, buy cheap OSRS Gold from us now, fast & easy & 24/7 live chat online.