It’s that time of year again – the Easter Event! This year, OSRS allows players to help the street magician The Disappointing Gelt, whose top hat is unfortunately spewing out rabbits. To start the event, head to south of the Falador Party Room. 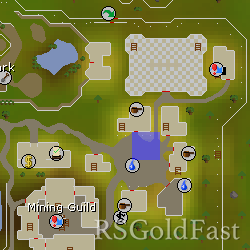 Speak to the The Dissapoint Gelt, and he’ll tell you that there is so many rabbits because they have been constantly jumping out without any signs of stopping after placing some runes in his hat. Agreeing to help him, you place your hand in a portal and you get brought to the Rabbit Realm.

When you get to the Rabbit Realm, you’ll see that you are now a rabbit, and a guard tells you to go to Duke Rabbacio. Go west to Bunbridge Castle and speak to Duke Rabbacio, who is on the 1st floor. You’ll discover that he and the rabbits on the island worship a Magic Egg, whom the Duke asked whether they should go through the Gelt’s portal. Then go to speak to Paws next door, who thinks that the egg is wrong and has plans to make a fake egg that replies in a negative manner. He then asks you to retrieve a few items. 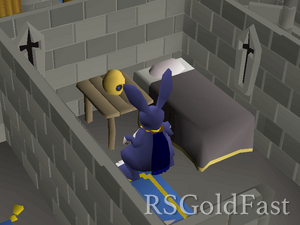 The first is the conch shell, which you can find on the south-west side of the island. The broken egg can be found in the farmhouse on the northeast side of the island, which is by the chickens. After you use the broken egg on the conch shell, head to the top floor of the castle, then use the unpainted fake magic egg on the paint buckets. You’ll then get the painted fake magic egg.

Then return to Paws, and he’ll tell you to trick the Duke into asking whether his magic egg is the real one. Speak to the Duke. He’ll initially refuse to believe that his egg is fake, but then would be successfully tricked into believing your egg is real. Giving you the fake egg, he then lets you ask the real egg a question. You then ask the egg if rabbits should keep jumping through the portal. After a negative response, the Duke orders all the rabbits to cease jumping through the portal. Exit the portal and head to the Dissapointing Gelt. And there you go, event complete! 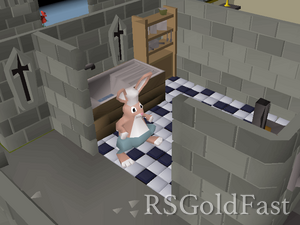 However, you can go back to Bunbridge and complete two additional quests for more easter eggs. The first, is the Rabbit’s Assistant. For this quest, talk to the Rabbit Chef on the ground floor of the castle, specifically inside the kitchen. He’ll tell you that it is Egg Descendence Day tomorrow, and he needs to make a big carrot cake. Unfortunately, he has forgotten some of the ingredients, and he asks you to go get them. The first ingredient is a carrot, which you can get from the house directly south-east of the castle. The next item is a cabbage, which you can get from Farmer Maggot’s field on the north-eastern corner of the island. The last item is a cake, whichyou can get on the north-western corner of the island. With the items, head back to the Rabbit Chief, and he’ll give you 5 easter eggs. Congratulations, event complete! 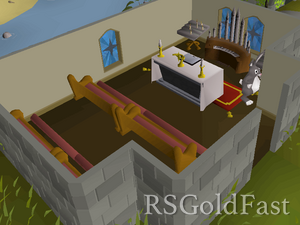 The next quest is the The Restless Goat. Talk to Father Buckerek in the church of the egg, which is just outside the Bunbridge Castle. Tell him that you’re looking for a quest, and he’ll let you know about a ghost goat haunting the graveyard. Agree to assist him, and then go to the small stone building that is directly south. In there, inspect the grave and you’ll see that the ground beneath the gravestone looks disturbed. Then, inspect the grave and you’ll see that Viktor the Restless Goat will appear. You’ll find out that it is unable to pass onto the next life because one of its horns is missing. Cross the bridge towards the east onto the beach and retrieve the broken goat horn. Return the broken goat horn back to the ghost and he’ll give you 5 easter eggs. Congratulations, event complete!

The rewards for completing the whole event are: A Magic Egg Ball, a Carrot Sword, a ’24 carat’ sword (from dipping the carrot sword in the same paint that you dipped the magic egg ball in), 2 easter eggs (and an additional 10 from the miniquests), and a bunch of rewards from Diango, such as the Rabbit Hop emote, Bunny Ears, Rubber Chicken, Easter Ring, Chicklen Outfit, Easter Basket, Bunny Outfit, Eggshell Outfit, Giant Easter Egg and Bunnyman Mask.

Good luck, we’ll see you in another guide! And, got the best OSRS Gold from RSgoldfast.com so easy, make an order now.