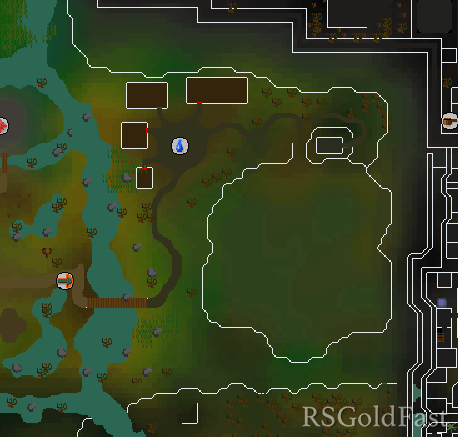 Barrows is a combat-based minigame that was released on the 9th of May 2005. It is named after burials mounds in which six Barrows Brothers were entombed. The minigame is about lotting valuable items from the brother’s crypts; however, the treasure is protected by their spirits.

It’s a popular minigame among the players of OSRS, as it rewards valuable items, including the unique and powerful Barrows Equipment. The objective is to defeat the six brothers and open the final rewarding chest.

You can get there by casting the Barrows Teleport in the Arceuus spellbook, which requires level 83 in Magic and 60% Arceuus house favor. You can alternatively use a Barrows Teleport Tablet to directly reach the entrance.

You can use Morytania Legs 3 or 4 to get to Burgh de Rott and then head north through Mort’ton. Alternatively, you can use the Mort’ton Teleport scroll and then head east to the minigame’s location.

You can use the Grouping interface to teleport to Shades of Mort’ton; however, you’ll need to complete the quest ‘Shades of Mort’ton’ to access it. Alternatively, you can use the Kharyll Teleport (Requirement: Desert Treasure ques) to get to Canifis, and then use the Myreque Hideout shortcut, which is south of the pub. From there, you can run south until you reach the Swampy Boaty, and then use the travel option to get to Mort’ton.

There are also other ways like using the Fairy Code Network (Code: B*K*R) and then running southeast to reach Swampy Boaty. Or, if you have 50 Agility, you can use the Fairy Ring (B*I*P), and then head east, followed by south to get on the Mort’ton path.

Completion of the quest ‘Priest in Peril) is mandatory to gain access into Morytania.

You’ll also need the following skills: 50 Attack for Iban’s Staff, 60 for Dragon Dagger’s special attack, and 70 for Abyssal Whip. 70 Strength to increase your maximum hit, and 70 Defence to enhance your protection. 50 Ranged for Magic Short Bow, and 61 for Rune Crossbow. 50 Magic for Iban’s Staff/Slayer Staff, and 75 for Trident of the Swamp/Seas. 43 Prayer for Protection Prayers, and 50 Agility to higher Run Energy. 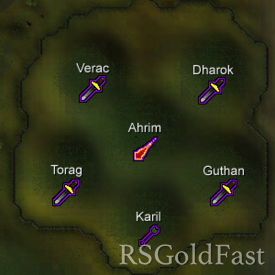 The area of the minigame consists of six burial mounds. You need to dig these mounds with a spade to enter inside a crypt, which belongs to one of the six brothers. 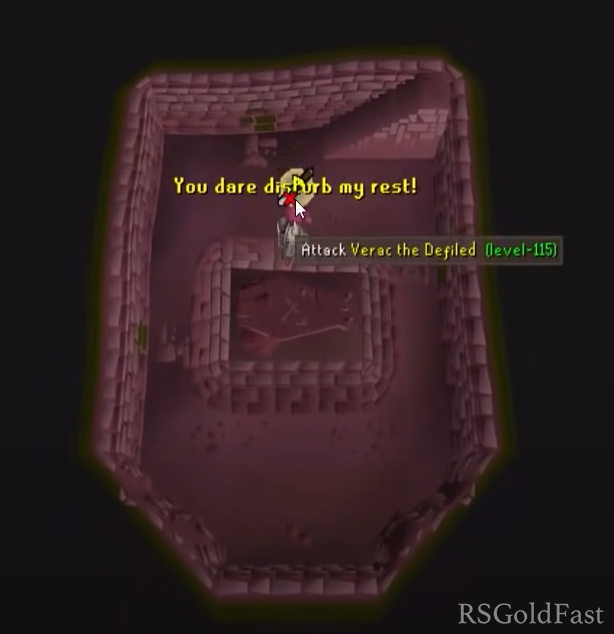 Within the crypts, you’ll find the Sarcophagi which can be searched to spawn one of the Barrows Brothers. You need to kill them to be eligible of locating the Barrows Equipment in the treasure chest. You can exit the crypts using the staircase once you’re done. 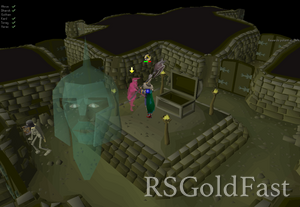 When you’re underground, the brother’s faces will occasionally appear on your screen. This will result in your Prayer Points being drained every 18 seconds. It’s also worth noting that the draining process begins at eight Prayer Points, with an increase of one point for each brother killed.

To negate the damage inflicted upon you by the brothers, you need to use Protection Prayers accordingly. Protect from Magic against Ahrim. Protect from Melee against Dharok, Guthan, Torag, and Verac. Protect from Missiles against Karil. 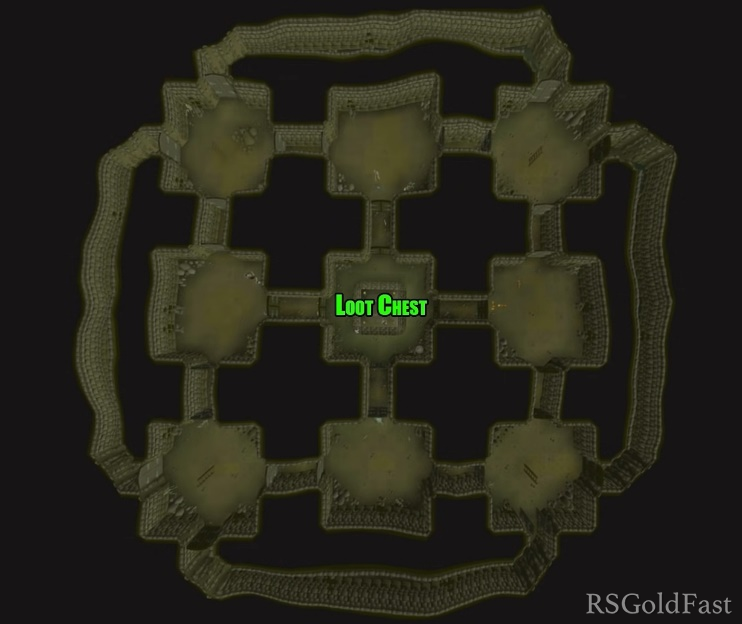 When you search the Sarcophagus within one of the crypts, it’ll lead you to a passage to the Barrows tunnels, which contains the Treasure Chest. The access to the passage is chosen at random.

You can navigate through the tunnel by; passing through doors; however, you can’t open every door within it. So, you need to find your own way that leads to the treasure room. 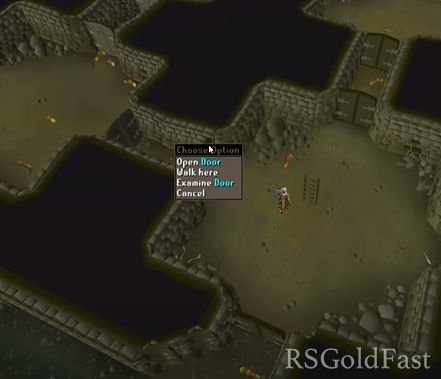 There are times when you enter a door and get attacked by either a Skeleton, Bloodworm, Crypt Rats, or any remaining Barrow's Brother. You can ignore random pathways and head straight into the middle room with the help of a Strange Old Lockpick. 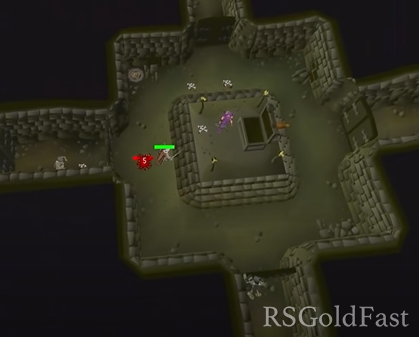 The door that leads to the middle room will be locked, and it can be opened after solving a simple puzzle. In any case, if you get the puzzle wrong, the doors and rooms in the tunnel will shift, which means you need to continue exploring the tunnels until you once again locate the correct door.

When you open the chest, the brother whose crypt you entered through into the tunnel will spawn and start attacking you. You don’t have to kill him to loot the treasure chest, but the chance of obtaining a rare item increases if you kill each of the six brothers.

Once the chest is looted, the tunnel will begin to collapse and occasionally cause damage to your character. You can choose to exit the tunnels using the ladder or teleport out to reset the minigame.