Coming soon to OSRS is the first official 1v1 Tournament! To put it simply., the 1v1 Tournament pits 512 skilled PvP experts against each other in a series of qualifies, all working towards winning the Championship. 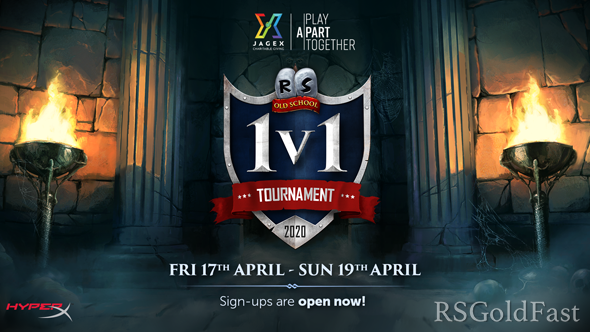 Now that we’ve got the logistics out the way – let’s go through how it works. So, each of the 4 qualifiers has 128 participations. Each qualifier has their own bracket, with each bracket running a single elimination, best of three style of game. And yes, the brackets are randomly chosen. 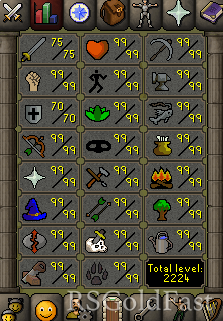 If you’re chosen after signing up, you’ll be sent an email from the official Jagex esports email, and you’ll be asked to confirm your participation. Then, you’ll be invited to a Discord Server for discussion and match-reporting matters. In the duration of the competition, you’ll need to actively report your scores in the Discord server, and the J-Mods will then update the brackets. There will be a special tournament world generated for this event. Every participant has the same stats, all be using Ancient Magicks, and will have a choice of a gear load out from a select of two, with differing special attack weapons.

Once you’ve registered (which you can do by following the links on the official OSRS page), you’ll need to login to the special world and interact with the benches near the Clan Wars portal. Then, you can choose the gear you would like to use. And if you’re wondering, the set stats are: 75 Attack, 99 Strength, 70 Defense, 99 Ranged, 99 Magic, 99 Prayer and 99 Hit Points. 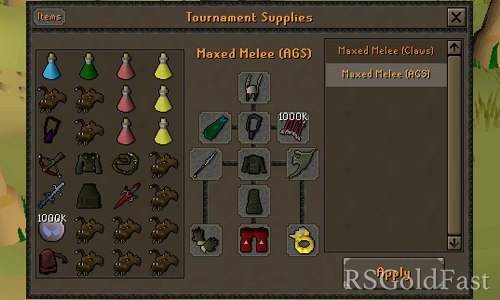 Then, you’ll need to select whether you’d like your special attack weapon to be an Armadyl Godsword, or if you’d like it to be Dragon Claws. The rune pouch that is given to you contains many runes for casting Ice Barrage.

Then, you’ll need to join your own account’s Clan Chat, which is necessary as the fights occur in the Clan Wars portal. Then, challenge your next opponent that is in the bracket.  Fight the opponent and report the score in the Discord server. If you win, you proceed to the next Bracket.

So, what are the rules? Firstly, you must agree to everything outlined the T&C’s of OSRS. Next, you must understand the sign-ups are a first come first served system. If you sign up to the event when it is full, you’ll be placed on the wait list. You can only sign up with 1 account. Next, you’ll only be notified of your confirmed acceptance in the competition no later than 24 hours before the tournament starts. You’ll be disqualified from the tournament if you sign up to a qualifier outside of your region. Players with multiple accounts will be disqualified. If you can’t participate, email the esports department of Jagex. The final 8 from each region will qualify for the Grand Final. In the Grand Final, round one and two will be played on the participants preferred worlds. If a deciding round is necessary, it will be played on the NA East world. Leaving the tournament for more than 15 minutes results in disqualification. Failure to report accurate outcomes of matches results in disqualifications. If you are found cheating, you will be banned.

Think you have what it takes? Go sign up on the official OSRS website. Good luck! By the way, get best OSRS Gold 2020 on RSGoldFast.com, 24/7 online live chat.