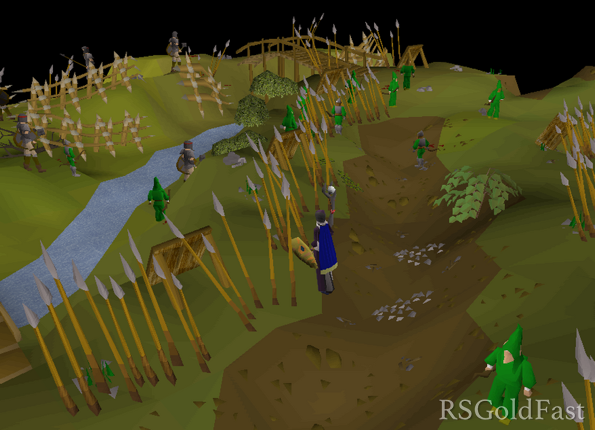 Tree Gnome Village is quite an interesting quest in Old School RuneScape. If you’re looking for a guide on how to tackle this particular quest: you’ve come to the right spot!

This quest is actually the first in a series of the gnome-arc. As such, it is very lore heavy, with origins tracing back to 2002.  The synopsis of this quest would be that the evil General Khazard is waging war against the tree gnomes, trying to wipe out their population. If you have time, it is highly recommended to read the dialogue between each part of this guide, but not necessary.

The quest has an official difficult rating of “intermediate”, but through this guide, we’ll reduce that to novice. The length of the quest is short, so you don’t need to worry about spending all afternoon on this quest! Without further ado, let’s delve into the requirements.

The requirements for this quest is quite simple. You’ll want to bring either 6 regular logs or a black axe and chop some logs during the quest. Whichever you decide is perfectly fine.

You will also need your chosen combat gear. There’s only one enemy you’re fighting, which is the Khazard warlord. He uses the melee combat style, so if you’ve got an adequate mage level, now is the time to take advantage of that. The Khazard warlord is actually level 112 though, however, he can be safe spotted.

If you’re considering safe spotting, you must still factor in some considerations. To access the boss, you need to make it past level 64 wolves. If you die within a single hit whilst running to the boss (from the wolves), or get hit in-between your safe spot setup, then you will simply die. You should prepare with the best levels and defensive gear that you have.  Don’t try to do the quest if you’re extremely underleveled and relying on safe spotting, as you may not even be able to run past the wolves. Train first, and then attempt the quest.  You will also be attacked by level 48 Khazard commanders (who, like the wolves, you don’t need to kill), but they don’t outweigh the wolves.

As a baseline, if you’re using Melee as your preferred combat style, having base 40 stats is perfectly acceptable. Combined with some Rune gear and good food (like monkfish or lobsters), you’ll be completely capable of conquering this quest.

The first part of this quest is the most difficult for those approaching it. You’ve got to head to the Tree Gnome Village, which you can only access by correctly traversing the Tree Gnome Maze. What makes matters worse is that this maze has enemies around and inside it, including but not limited to Hill Giants.  The Tree Gnome Maze is located south of Ardougne.  Use a Necklace of Passage to the Outpost or Ardougne teleport tablet, to get to Ardougne to begin with. 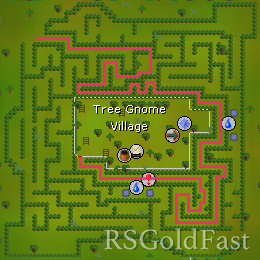 To solve the maze, as you might encounter enemies, ensure you’ve got your combat gear equipped. Unless you are a high level (50+), then you don’t need to worry. The solution for the maze is often difficult, but it’s been solved as long as the Caesar cipher:

Speak to King Bolren in the village. Like many other NPCs in the game, he’ll inform you of his problems and ask you for your help, as classic RuneScape style dictates! You can speed up this exchange by selecting the second dialogue option followed by the first.

You must then head to the battlefield, and speak to Commander Montai, he can be identified by his red hat. The commander will be walking around, but he’s usually at the south-west side of the battlefield. Whilst there will be a lot of fighting going on in the background, you aren’t going to be participating in any of it directly. Don’t fear being attacked or anything of the sort at this point.

After you’ve spoken to Commander Montai once, speak to him again to provide the 6 logs. For a third time, you will have to speak to him: and select the second dialogue option. You are now tasked to find 3 missing gnome trackers. Refer to the above diagram to find their locations. 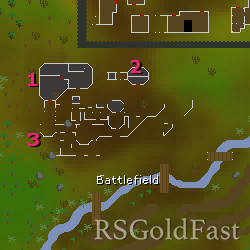 The first two trackers will provide you coordinates, which the game will store for you. The third will give you a riddle which you should be able to easily solve. For example, “Less than my hands” means the third coordinate is 1, whereas “My legs and your legs” means the third coordinate is 4.  “More than we but less than our feet” is 3, and any other option is 2. You need to enter the coordinates at the ballista located at the south-west of the battlefield. You must enter the coordinates until you get a hit, then speak to Commander Montai.

Head back to where you found the first tracker, climb over the wall you destroyed. You will at this point be attacked by level 48 Khazard commanders as previously mentioned. However, you are under no obligation to kill them. You must simply climb the ladder, and retrieve the orb of protection from the chest, and leave. Head back to the Tree Gnome Maze, and speak to Elkoy. Elkoy from now on will escort you to the centre, so you no longer have to keep doing the maze. 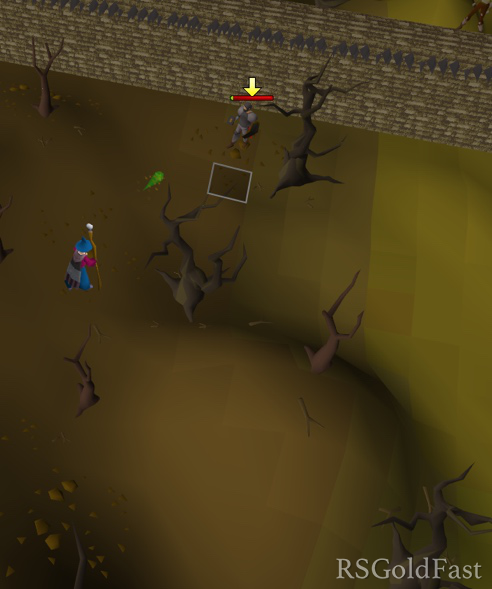 Speak to King Bolren, who will ask you to fight the Khazard warlord. The Khazard warlord can be located at the south, easternmost outskirts of West Ardougne. On your map, you’ll see a label of “Underground Pass”, directly outside the border is where the warlord will be. Pass the wolves, speak to the warlord, and fight him. The warlord can hit up to 9s, but with the correct preparation, he should simply have high HP and low hits against you. Food will certainly help if you’re lower-leveled, and if you’re struggling in the fight, consider using magic. Magic is most effective against any melee opponent, as the combat triangle dictates.

If you’d like to safespot the warlord, replicate this positioning:

There are many rewards to this quest. One being that Elkoy, a gnome outside the maze, will always escort you to the centre of the maze after you complete the quest.  The maze is also featured in other quests, one example being Regicide, so not having to manually solve it every time is a huge relief. 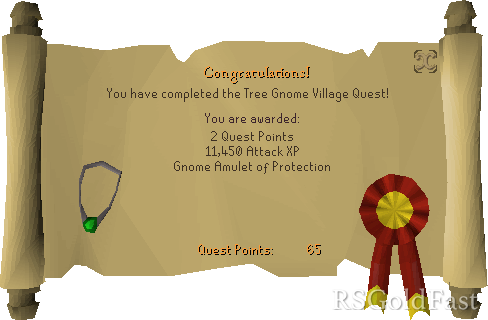 The warlord you defeated is also available as a boss in Nightmare Zone. He’s a common and amazing choice to grind experience with, as he’s fast to kill at higher levels, in contrast to the other selectable bosses.

You will also gain a whopping 11,450 experience in Attack. Additionally, you will be able to use spirit trees to transport from places like the Grand Exchange to Tree Gnome Village. Do note that certain spirit trees will have their own requirements to unlock, you can even plant your own spirit tree.

Finally, you will gain 2 quest points and unlock the possibility to complete Monkey Madness I, and generally process the gnome quest series. You will also gain the Gnome amulet which is not tradeable but usually considered more cosmetic in nature, as it’s worse than an Amulet of Glory.

Thank you for reading our guide! Best of luck in your Old School RuneScape questing journey. And our team offer you the best safe OSRS Gold, online 24/7 service, live chat so quickly, buy now.