Also known as the “City of the Dead”, Sophanem is located in the southern part of the Kharidian Desert (at the edge of the map). To gain access into this city, you must start the quest Icthlarin’s Little Helper and progress to the point where you’re allowed to enter. You can also enter by teleporting to the Pyramid Plunder minigame with the help of a Pharaoh’s Sceptre. Access to the city’s bank and other shops is granted after the completion of ‘Contact!’ quest. Even though the city is troubled due to the plagues, players visit the area to gain Thieving experience from the Pyramid Plunder or complete a section of the Clue Scroll (Hard). 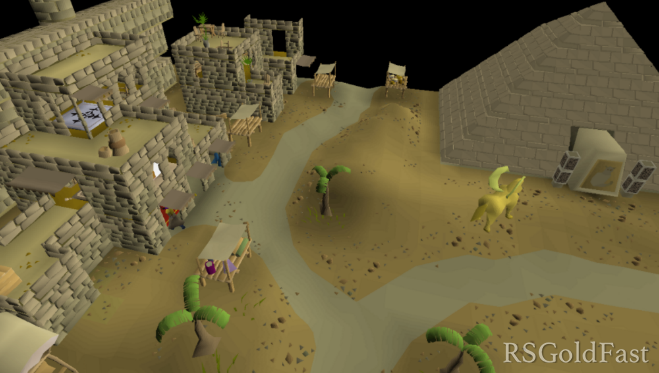 There are four ways you can reach Sophanem; Using a Pharaoh’s Sceptre to teleport into the Pyramid Plunder minigame and exiting it to reach the city, Using the Magic Carpet ride from southern Pollnivneach, but it requires the completion of ‘Icthlarin’s Little Helper’ quest, using the Fairy Ring (code d*l*q) and walking there, or by teleporting to Nardah and walking towards the south-west direction.

What does the city have to offer? 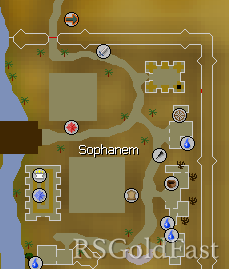 · Bank: Once you’ve successfully completed the quest Contact! You can use the bank located underground of the north-eastern temple.

· Sophanem Dungeon: You can access the dungeon located beneath the area of the bank. However, enter at your own risk, because the location is dangerous.

· Altar: You can recharge your prayer points at the altar located in the west part of the city.

· Pyramid Plunder: Players who wish to train their Thieving can visit the Pyramid Plunder minigame, which holds various rewards and is one of the best in-game methods to gain experience.

You can find mobs, such as Plague Frogs who have infested the banks of the city, Locust’s that live behind the city’s buildings, and Plague Cows that were recently infected by a recent plague. Aside from that, this city plays a vital role involving the quests Contact! And Icthlarin’s Little Helper.

Thank you for reading, and I'd like to say if you do not know how to select a legitimate website when you are trying to buy osrs gold & rs3 gold, RSGoldFast is your best choice.