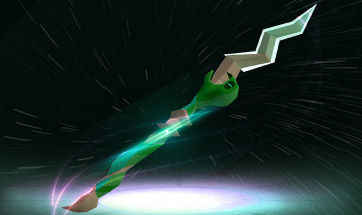 Last Man Standing is a safe PvP minigame where all players start with the same equipment and levels. As they advance through the battle royale, their gear is upgraded and the last person left alive wins the cash pool. It is nothing new to Runescape, but it had been quite stale up until recently.

From the newly added NPC in the LMS area, you can check the rewards and prices at your convenience. You cannot trade in old items, so make sure you are absolutely ready to make a purchase.

The staff of balance takes on the same concept of Staff of the Dead and Staff of Light, but for Guthix lovers. You may purchase the Guthixian Icon from the LMS reward shop and give it to Juna to be infused with the Staff of the Dead. It has the same magic attack bonus, but with the ability to auto-cast Claws of Guthix.

Considering that the spell is less common for PvP, it probably will be the lesser-used staff. Saradomin Strike lowers prayer and Flames of Zamorak lowers magic, which has more utility than the defense lowering effect of Claws of Guthix. The Staff of Balance does not receive a damage boost from a Tome of Fire.

The Void Knight mace had previously been the only means to auto-cast Claws of Guthix but it had quite underwhelming stats in comparison. The mace also had a defense requirement of 42, making it useless for low defense pures.

The staff had a recent glitch that didn’t have the same rune saving the effect as the Staff of the Dead. This was recognized by Jagex in a recent Reddit post and will be patched.

This item now sets the meta for deep-wilderness player killing. Each enchantment on a non-tradeable item removes the mechanic of permanently disappearing on death. This means players can now safely take 07RS Fire Capes, Dragon Defenders, Torsos and other items without fear. Players will still have to pay gold to restore their lost items, just like with low-level wilderness Pking.

For most players, this is a seemingly useless cosmetic item. For 1 attack pures, this is the second-best item for training, and it’s relatively cheap. Just like the Event RPG, this item has no stats and allows the player to deliver melee tacks at the fastest possible rate. Since it can be used with shield or god books, it is slightly better in that regard.

If you remember the Deadman Armor that was once in Deadman Mode, it is now buyable from the LMS store to be used in the main game. The entire set is a whopping 160 points, so it’s only worth the grind if you are absolutely in love with its design. Keep in mind that there are no stat bonuses, so it shouldn’t be used for player killing.

There are new halos that are identical in stats to the Castle Wars halos but with cooler designs. Each one represents the lesser gods: Armadyl, Bandos, Seren, Ancient, and Brassica. Since each halo is 450 points, you have quite a long grind ahead. This has a high magic defense bonus for 1-defence pures, so LMS may be useful if you are making one.

There is a new cape with a sinister design, featuring a skull and spiked edges. Once you get the tier 1 cape, you can upgrade based on the number of wins you have in the game, going all the way up to tier 5 (500 wins). There is no bonus to this cape so it probably wouldn’t be good to use in the Wilderness.

Getting points to trade in for items isn’t as easy as you might think. If you end up within the last 5 players in the rank, you get 0 points. The winners of LMS games will get their items quickly as they get 5 points.

To put this in perspective, a professional-tier gamer will have to get first place in 100 games in to unlock the Staff of Balance. Newer players will struggle and will likely need to play hundreds, if not thousands of games to unlock a few items.

Aside from the parchments, this is not an incredible update in considering that there are already alternative items in the game. If you haven’t tried out LMS in awhile, the mini-game’s mechanics have significantly changed for the better. You now will have a full loadout without needing to loot initial chests and several fixes have been made to make 1v1 fight more balanced. And thank you for reading, buy osrs gold & items from us, cheap price and fast!